A chaos much bigger than the one created by the Patriarch’s decisions on Ukraine is bound to be created by the so-called “election” of Elpidoforos of Bursa at the helm of our Church in America.  Elpidoforos definitely deserves the title of “Cardinal”.  First, he recently authored a diatribe titled “Primus Sine Paribus” (“First Without Equals”), submitted to the University of Thessaloniki, in which he throws out more than 17 centuries of democratic/synodical Orthodox traditions and explains why the Patriarch cannot be “equal” to the other church leaders; he also spent at least the last 10 years sharing sacraments with the Unian Church, writing about “the need for primacy” in Orthodoxy and acting as if differences with Catholicism do not exist.

Then he was “elected”, so to say, (the correct expression is “selected and imposed from up above”) in complete violation of Article 13 of the Church’s Charter, without providing an opportunity to the Eparchial Synod and the Archdiocesan Council to pronounce and support their preferences. While the election of the new Archbishop of Australia was announced 6-7 weeks after the vacancy of the position and only after a 7-member committee from Australia, as provided by their Charter, arrived in Phanar with a list of candidates, no such sensitivity was afforded to the Church of America…

Acting once again in an (all too familiar by now) authoritarian manner, Patriarch Bartholomew completely ignored the Resolution by the Archdiocesan Council, which requested a reasonable time of a few weeks to compose a list of candidates and visit the Phanar, as provided by the Charter. In so doing he provides ample grounds to all of us, supporters of a form of autonomy or autocephaly for our Church (such as OCL and, last year, Mr. Stathis Valiotis), to renew our demands.  I was also recently informed of plans to legally challenge the election of Elpidoforos, including an injunction that would prohibit his enthronement.

Our Archdiocese is organized as a non-profit foundation (501c3).  Not only the violation of its Charter but also the “election” of Elpidoforos itself by a “Turkish religious institution” (subject to the Turkish laws and being famously blackmailed by Turkish authorities, in violation of the most basic human rights) can be legally challenged.  Is there any judge in any U.S. Court of Law (after last year’s ordeal around pastor Andrew Branson) that would opine that such an election was done “freely” and without interference from the Turkish state?

In addition, the Patriarch completely ignored numerous voices among us who have been requesting for our Church to be unified again, by reducing the Metropolises to the level of Dioceses, so the term “Archdiocese” regain its true meaning. And also, to eliminate the “hidden Archbishop”, Fr. Alex Karloutsos, who is so despised by many for ruining the trust of the faithful to our Church. Our Church is in a steep decline, as shown by the rapidly diminishing number of marriages and baptisms… The decline will not be reversed, while the financial and other scandals keep erupting from all corners and accusations of money secretly funneled to the Phanar accumulating by the day… Many communities have stopped paying their annual contribution to the Archdiocese, fed up with the lack of transparency and the management scandals.

Finally, the election of Volodymyr Zelensky as the President of the Ukraine has unveiled the complete and utter failure of the American foreign policy in this part of the world.  Zelensky has already indicated a rapprochement to Russia, as well as to Metroplitan Onufriy.  Getting the Patriarchate involved in supporting such a utopian and unsustainable policy, was the biggest of all mistakes by the Bartholomew-Karloutsos disastrous “duo”. The end result of their actions in the Ukraine was the Schism in Orthodoxy and the complete isolation of the Patriarchate, as none of the leaders of Orthodox Churches worldwide recognized the newly autocephalous Church.  There is no way to measure the results of their actions, except by saying that it is a real catastrophe that created a pile of problems. Considering Bartholomew’s supreme stubbornness, only God knows if and when any of the huge issues will be somehow solved…

An Open Letter To The Misguided Supporters Of the Patriarchate 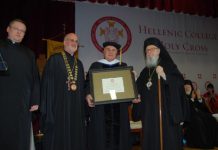 The Fight For Freedom Of Our Church and Community Starts Now! 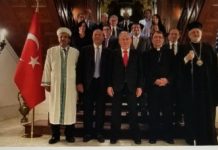