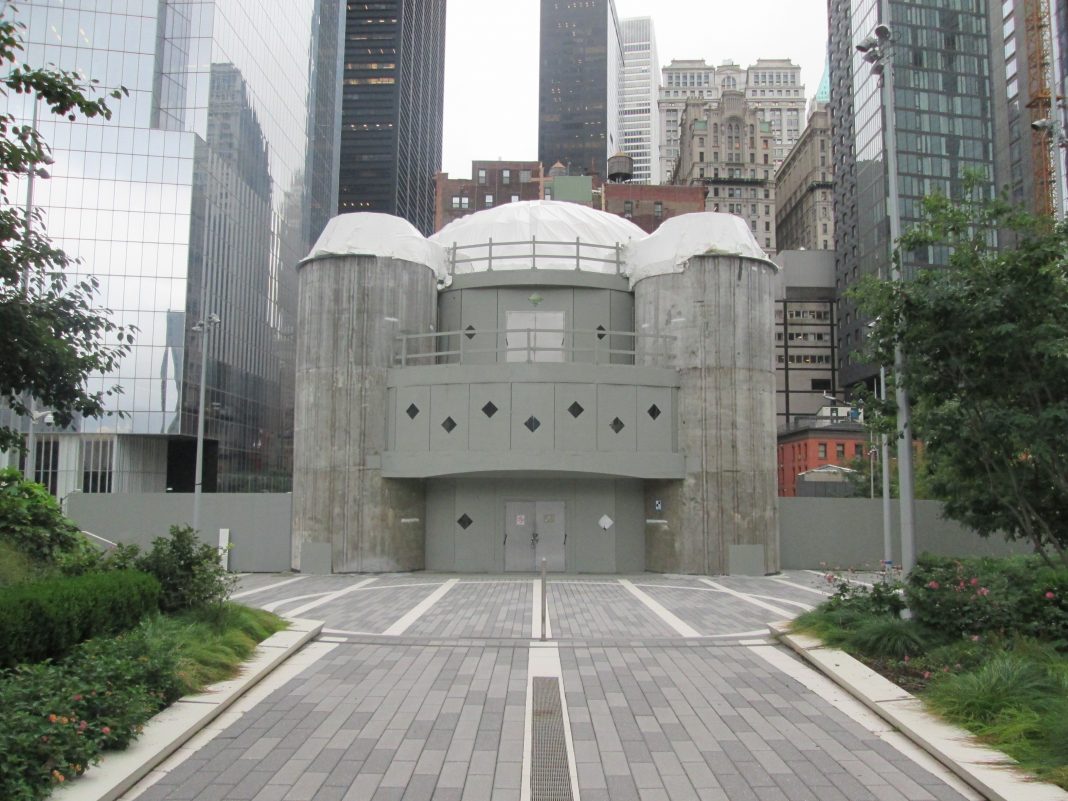 EDITOR’S NOTE (Nick Stamatakis):  This article was published on Jan. 9, 2020 in real estate weekly (online) under the title “Rebuilding to resume at Greek church leveled by terrorism”.  It’s probably the only one of tens of articles in the mainstream american media mentioning the ongoing investigations by the federal authorities in the Archdiocese and elsewhere. It includes a statement by US Attorney spokesman Nicholas Biase who said he was unable to comment further, but confirmed, “The investigation is ongoing.”

The rebuilding of St. Nicholas Greek Orthodox Church and National Shrine at the World Trade Center is set to resume.

On Monday, Governor Andrew M. Cuomo welcomed Archbishop Elpidophoros of America to New York by announcing the formation of a new non-profit organization that will guide the project to completion within two years.

A 13-member group of independent board members will oversee the Friends of St. Nicholas entity that has been formed to ensure that the sacred space is completed as quickly as possible.

The announcement comes as the US Attorney’s office continues to investigate the Greek Orthodox Archdiocese of America and following the arrest of its former director on charges of embezzling $500,000 from a previous fund set up to foot the estimated $80 million cost of rebuilding the church crushed in the September 11 terror attacks.

US Attorney spokesman Nicholas Biase said he was unable to comment further, but confirmed, “The investigation is ongoing.”

The original St. Nicholas Church at 155 Cedar Street was the only place of worship that was completely destroyed in the September 11th attacks.

Governor Cuomo has made its restoration a priority, but saw the project stumble when the Archdiocese ran out of money for the project.

Monday the Governor’s first meeting with His Eminence Archbishop Elpidophoros since he was elected by the Holy Synod of the Ecumenical Patriarchate as Archbishop of America to succeed Archbishop Demetrios in May.

Archbishop Elpidophoros said, “On behalf of the Greek Orthodox Faithful, we have made a commitment to open the doors of this National Shrine by September 11, 2021, the 20th anniversary of that fateful day. I pledge to you, Governor Cuomo, and to all the people of New York, that we will be ready; we will be on time; and we will be open to all women and men of good will who wish to honor the memory of all who perished on September Eleventh.”

The Governor and Archbishop were joined for the announcement by Rick Cotton, executive director of the Port Authority; John Catsimatidis, vice chairman of the Archdiocese Council; Dennis Mehiel and Michael Psaros, chair and vice chair respectively of the Friends of St. Nicholas; and the Rev. Father Alexander Karloutsos, Vicar General of the Archdiocese.

The new organization — led by Dennis Mehiel, former chairman of the Battery Park City Authority with Richard Browne of Sterling Project Development Group as COO of construction — will raise money to fund the re-building, oversee the construction and conduct audits.

When completed, the new St. Nicholas Greek Orthodox Church and National Shrine at 130 Liberty Street just south of the 9/11 Memorial Plaza will serve as a place of prayer and silent reflection and also house a nondenominational bereavement center for anyone seeking solace and strength at a time of loss.

The complex, designed by Spanish architect Santiago Calatrava and modeled after Byzantine churches of Hagia Sophia and the Church of the Holy Savior in Istanbul, was designed to glow in the evening hours, an ever-present beacon of hope on the World Trade Center campus.

This church news comes as the Port Authority considers a request for proposals for Site 5, previously home to the Deutsche Bank Building.

One year ago, Tower 3 opened and is now over 50 percent leased. Shortly after Tower 3 opened, the Port Authority opened Dey Street and Cortlandt Way to pedestrian traffic — the first time these streets had been open since the original World Trade Center was built in the 1970s.

Meanwhile, Tower 4 is fully leased, and One World Trade Center is 83 percent leased. The Tower 2 site, which is controlled by Silverstein properties, is scheduled to become a future commercial office tower, with its construction to start as soon as for an anchor tenant commits to the building.

Construction of one of the last signature structures on the World Trade Center campus — the Ronald O. Perelman Performing Arts Center — also is underway. projected to open in 2021, it will be able to seat over 1,000 people in a state-of-the-art space.