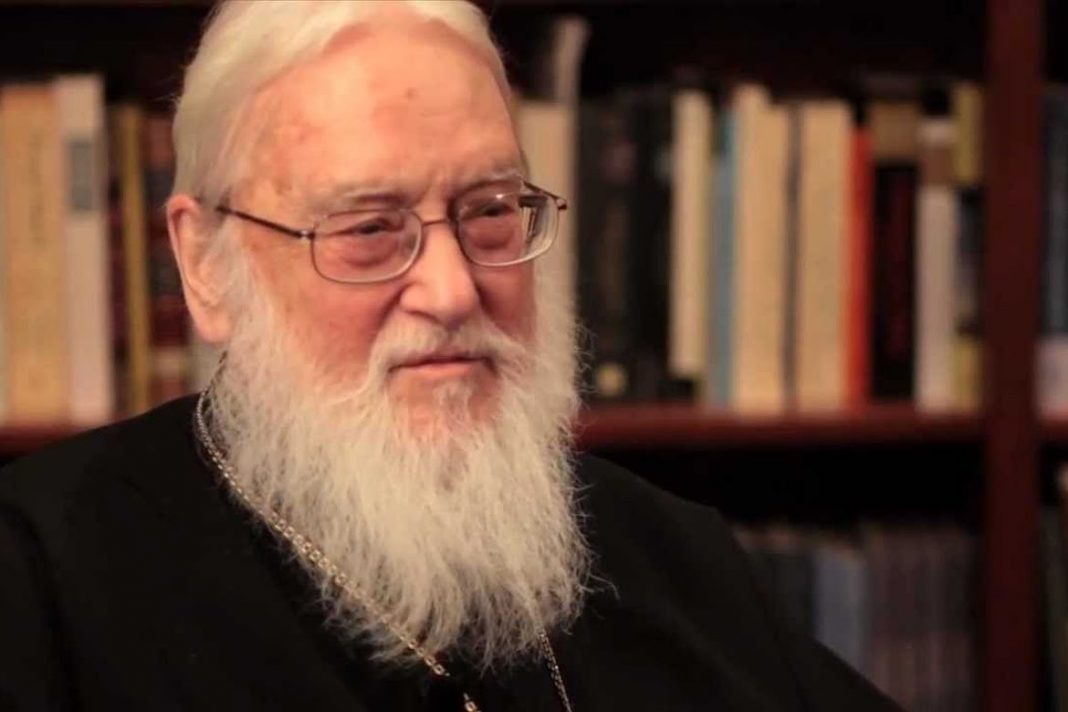 Photo: Metropolitan Kallistos Ware, a prominent Orthodox theologian, who is among the staunchest opponents of the recognition of the autocephaly of Epiphany in the Ukraine

The Greek NGO Pan-Hellenic Orthodox Union is to appeal to the country’s Council of State claiming that the decision of the Church of Greece to recognize the Ukrainian autocephaly was taken in violation of Greek law, the Orthodoxos Typos reports.

The Union demands that the decision of the Bishops’ Council taken on October 12, 2019, is annulled. The reason is that the Council acted in disregard for Greek laws, in particular Article 19 of Regulation No. 1/1977 (Regarding the procedures of the Council of Bishops of the Church of Greece) since no secret or open voting took place and its result wasn’t supported by the majority of votes (2/3 of votes). Despite the minutes of the meeting were authenticated by the Council, the written text of the decision hasn’t been published yet.

The Church of Greece’s intention to recognize the OCU drew heavy criticism among theologians and clergymen. Thus, Metropolitan Symeon of Neo Smyrni addressed Archbishop Ieronymos and the Synod to stress that the Ukrainian autocephaly raises lots of questions and doubts.

In particular, he pays attention to the facts that it wasn’t requested by a canonical local Church and the schismatics or the so-called “self-consecrated” (the uncanonical Ukrainian Orthodox Church-Kyivan Patriarchate and Ukrainian Autocephalous Orthodox Church) were recognized bypassing the canonical local Church. The Metropolitan also reminded that instead of unifying the faithful in Ukraine the Ecumenical Patriarchate’s decision only divided them since the “honorary patriarch” Filaret and a number of bishops split from the newly established OCU.

Earlier, Greek Metropolitan Seraphim of Kythira called upon the Bishops’ Council not to make hasty decisions on the Ukrainian issue. According to His Eminence, the Patriarch of Constantinople had no right to grant autocephaly to the Ukrainian Church because it is under the jurisdiction of the Russian Orthodox Church, which previously was recognized by Constantinople and the whole Orthodox world. The same point of view is expressed by Metropolitan Kallistos Ware, a hierarch of the Patriarchate of Constantinople who has stated on numerous occasions that Ukraine is the canonical territory of the Russian Church.

Besides that, Patriarch Theophilos of Jerusalem and Metropolitan Seraphim of Piraeus claimed the Ukrainian issue is a part of geopolitical game which is played between the East and the West and leads to a split in the Orthodox world.

However, all these arguments were not considered by the Bishops’ Council of the Church of Greece.

Now, if the Council of State declares the bishops’ decision unlawful, the Church of Greece’s support for the OCU’s autocephaly might be revised. According to the Orthodoxos Typos, the hearing of the Pan-Hellenic Orthodox Union’s appeal is to be held on March 6, 2020.