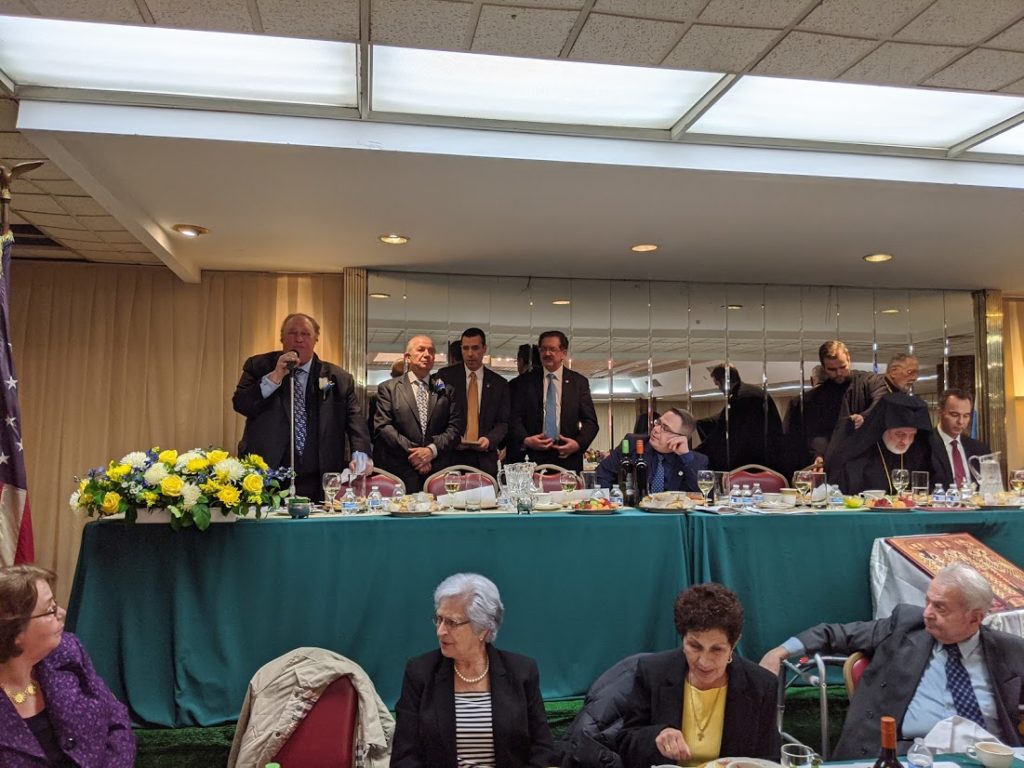 In an unbelievable turn of events it appears that John Catsimatides (VP of the Archdiocesan Council, who was honored by the Brooklyn community of the Three Hierarchs with the Greek Heritage Award on January 29) has misrepresented the truth repeatedly and has also proceeded to threaten the press; more importantly, he appears to have taken the mantle of the “exterminator” of everything bad within the GOA, while the truth is that the current investigation was the result of the whistleblower’s initiative, whom he also threatened!!

Just yesterday we were commenting on: 1) The several factual mistakes Catsimatides made during his 7-minute speech 2) His effort to “wrap up” the accounting of the huge scandal of St.Nicholas in Ground Zero by ignoring the current investigation and limiting the “guilty GOA employees” to just Papadakos and Demetriou. 3) His effort to control “disinformation” by employing George Venizelos, a retired FBI director, which is a truly appalling attack on “free speech”.

Today, after we were able to get our hands on the 7-minute video of his talk, we were left speechless by the countless legal violations he was able to fit in such a short time, which by the way was meant to honor him as a Greek American and as a “churchman”… Imagine what he would do if he was not a churchman!  He would probably take a machine gun and kill everyone who disagreed with him!

STATEMENT BY THE WHISTLEBLOWER (in italics): “I went to the federal authorities because the church leadership and “community leaders” did nothing for over 30 years.  In fact, when I addressed my concern of multiple ongoing serious crimes to the “community leaders” they did nothing and wanted me to stay quiet. When I was begging for help they did nothing. I reported on Saint Nicholas and all involved in great detail, I reported on the 50+ million missing out of the pension fund, I reported on the HCHC investigation that got the school on probation and many other serious things.  I reported on wrongdoing in multiple states.

This is not a Christ-centered church and it has not been for a very long time.

No, Mr Catsimatides, you and your fellow “community leaders” did not take care of anything… You were more concerned about the next awards where you were honoring yourselves, awards for your “achievement” in running the church into the ground. So, I got the Feds to come in and clean up the mess you all stuck us with.  You and the other “leaders” are about parties, not people. You will find that threatening the whistle blower on open and ongoing investigations is a huge mistake and that also has been reported directly to the investigators.  The truth is all coming out and the days of the “Archons” and the “community leaders” threatening, lying and bullying the faithful are over!”