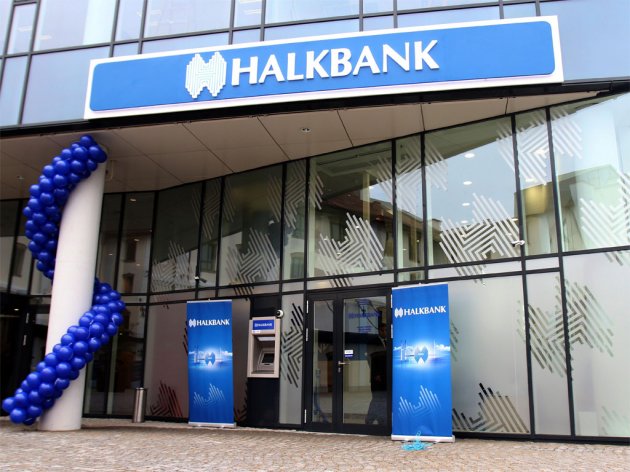 By Aykan Erdemir and Brenda Knippen

published by the Foundation for Defense of Democracies (fdd.org)

U.S. prosecutors in New York asked a federal judge on January 21 to impose escalating fines on Turkey’s Halkbank for failing to respond in court to criminal charges that it helped Iran evade U.S. sanctions. The proposed fines on the bank, a public lender majority-owned by the Turkish government, could total $1.8 billion after eight weeks, but may still be insufficient to push Turkish President Recep Tayyip Erdogan to admit his government’s complicity in one of the biggest sanctions-evasion schemes in history.

On October 15, 2019, prosecutors from the Southern District of New York charged Turkey’s second-largest public lender with “fraud, money laundering and sanctions offenses,” claiming Halkbank and its executives aided Turkish-Iranian gold trader Reza Zarrab in a “multi-billion dollar scheme to circumvent U.S. sanctions on Iran.” Zarrab, who was arrested in 2016 in Miami, pleaded guilty in 2017 to his role in the “gas-for-gold” scheme and confessed to bribing senior Turkish ministers and top Halkbank executives; he even implicated President Erdogan, saying that the then-prime minister had approved the sanctions-busting efforts.

Although a Manhattan jury in 2018 convicted Halkbank’s deputy general manager, Mehmet Hakan Atilla, on charges of bank fraud, conspiracy to commit money laundering, and sanctions-evasion, the bank itself avoided indictment until late 2019. Erdogan and other Turkish officials have vehemently denounced the charges against both Zarrab and Atilla, likening the case to an international coup plot. The Turkish president has since rewarded leading culprits in the sanctions-evasion scheme with prestigious appointments. This included naming Atilla as CEO of the Istanbul stock exchange following his return to Turkey after serving a reduced 28-month jail sentence in the United States.

Meanwhile, Erdogan reportedly made “personal appeals” to Donald Trump “to use his authority to halt any additional enforcement” against Halkbank, which prompted the White House’s efforts to “stop Erdogan and his aides from pestering Trump on the matter.” Ankara reportedly refused to accept a deferred prosecution agreement and a fine for Halkbank’s sanctions-evasion, because “they believed doing so would constitute an admission of guilt.”

Ankara’s stalling tactics seemed to work until October 2019. The Justice Department indicted Halkbank following media reports that Trump sought to block Zarrab’s prosecution in the fall of 2017 at the behest of Rudy Giuliani, who was then both Zarrab’s attorney and a White House adviser. The charges also came less than a week after Ankara’s cross-border operation into northeast Syria, which targeted Washington’s Syrian Kurdish partners in the fight against the Islamic State.

Since then, Halkbank and its lawyers have refused to acknowledge the indictment or legal summons to appear in court. The suggested penalty, designed to force Halkbank to respond in court, imposes a $1 million-per-day fine on the bank for the contempt of court – a penalty that would double for each week of further non-compliance.

The case against Halkbank has been a longstanding point of tension in the increasingly fraught relationship between Ankara and Washington. If Halkbank decides to acquiesce and appear in court, the highly publicized case is likely to further tarnish the reputation of the Erdogan government and strengthen accusations that Turkey has become a permissive jurisdiction. If the public lender insists on its civil contempt of court, this might ultimately sever its ties with the U.S. financial system, hurting not only the bank but also Turkey’s increasingly fragile financial sector.

Aykan Erdemir is a former member of the Turkish parliament and the senior director of the Turkey program at the Foundation for Defense of Democracies (FDD), where Brenna Knippen is a research associate. They both contribute to FDD’s Center on Economic and Financial Power (CEFP). For more analysis from Aykan, Brenna, and CEFP, subscribe HERE. Follow Aykan and Brenna on Twitter @aykan_erdemir and @brenna_knippen. Follow FDD on Twitter @FDD and @FDD_CEFP. FDD is a Washington, DC-based, nonpartisan research institute focusing on national security and foreign policy.