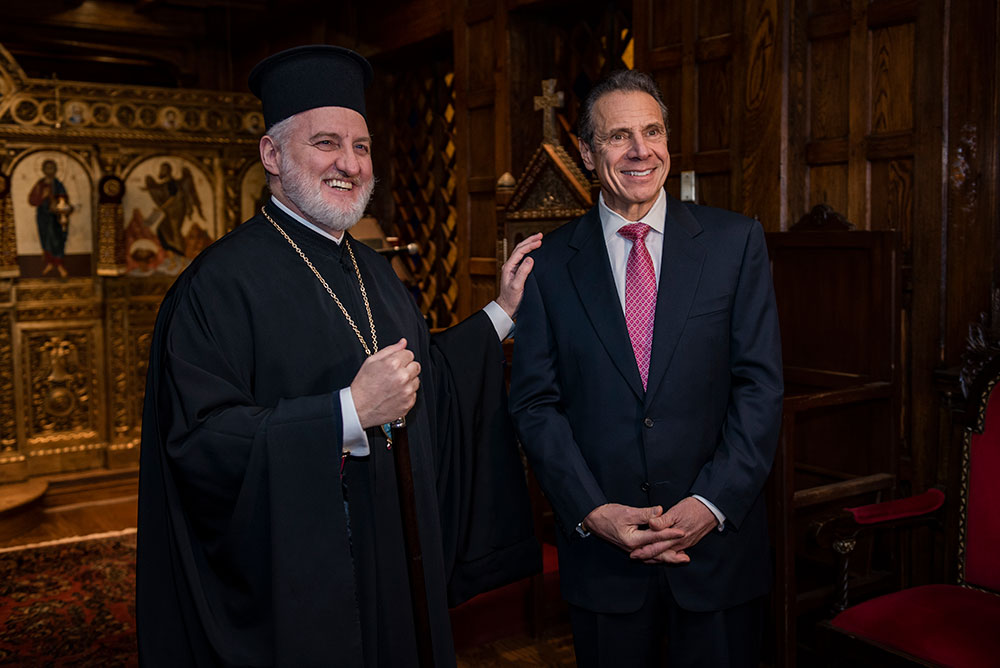 “Not a word from their mouth can be trusted; their heart is filled with malice. Their throat is an open grave; with their tongues they tell lies.” -Psalm 5:9 (NIV)

The faithful and clergy of the Greek Orthodox Archdiocese of America can no longer trust the words that come out of the mouth of Archbishop Elpidophoros of America.

The lies that role off his tongue have deepened the divide of mistrust throughout the Archdiocese.

Shortly after Archbishop Elpidophoros was enthroned, His Eminence organized a conference call with all the clergy of the Archdiocese. In the call, His Eminence stated that the absolute and first priority for His Eminence is the welfare and support (educational, financial, spiritual) of the clergy. One can infer from this statement that this would imply that nothing is greater than this priority.

And this news was received well by the clergy because under the tenure of Archbishop Demetrios, the Archdiocese had neglected their fiduciary responsibility by stopping their contributions to the Clergy Pension program. This resulted in the pension only being about 55% funded in 2018.

For the Clergy Pension program to become sustainable in the long-term, the Archdiocese needs to contribute nearly $60 million to make this clergy benefit available to all who labored in the Lord’s Vineyard.

And if the welfare and educational support of the clergy is the utmost concern, then this would also imply that Hellenic College Holy Cross School of Theology has a greater priority than other needs of Archdiocese. Certainly the $18 million of debt plus the nearly $10 million needed for capital improvement expenditures at HCHC needs to be addressed before completing a project that has no benefit to the Archdiocese as a whole.

It is quite easy to argue that building a shrine in New York has no benefit outside the Direct Archdiocesan District, unlike what happens when you choose to support HCHC, which directly impacts the parishes in ALL the Metropolises of the Archdiocese. To a rational human being who cares about the Orthodox Church and the greater needs of Archdiocese it is obvious that there were greater priorities in the Archdiocese than the Saint Nicholas Shrine.

But then a few weeks after the Archbishop told the clergy that they are his priority, His Eminence changed his mind. The priorities began to get shifted around.  Saint Nicholas Shrine became the main priority followed by enhancing the Greek Education Department. This was the exact opposite of what the parishes expressed in the results from the recent survey conducted last year by the GOA.

This course of action to no longer make the clergy a priority of the Archdiocese was solidified this past week. Archbishop Elpidophoros presided over a Board of Directors meeting of the FAITH Endowment which made the unbelievable decision to neglect the other critical areas of the Archdiocese and instead donate $20 million to help finish building a “monument for the entire World,” as described by Theodore Kalmoukos.

Our new Archbishop was supposed to bring hope to the Archdiocese but he has done the exact opposite.

The only priority for Archbishop Elpidophoros is to build an overpriced “monument” and “bereavement center” in New York.

And what advice has Archbishop Elpidophoros received from his brother hierarchs on the Eparchial Synod? Well, nothing. Why not? Because the Archbishop does not believe he needs the other Metropolitans to support him. Which is why we have not seen any Metropolitan vocalizing their support behind the Archbishop or the Archdiocese. What we may potentially be witnessing in our Archdiocesan history is another Spyridon chapter.

There is not one Metropolitan of the Eparchial Synod that has over the past year publicly instructed their parishes to contribute to the Saint Nicholas Shrine. There is no possible way that any Metropolitan can justify supporting a Shrine in New York when they have parishes on the verge of closing down and unable to find priests to serve as full-time spiritual fathers in many parishes.

This unilateral action by the Archbishop has caused a great deal of tension with his “brothers in Christ.” With FAITH now giving $20 million dollars to support a project that the other Metropolitans can no longer in good conscious support without putting their own Metropolises in even further financial disarray, Archbishop Elpidophoros may have a shorter tenure than that of Spyridon.

The faithful outside of New York are extremely disappointed. The new President of HCHC should certainly be furious at what transpired. And if he is not, then he should resign too.

Because the three Archons running the Friends of St. Nicholas Shrine – Catsimatidis, Psaros, and Mehiel – are founding members of the FAITH Endowment. Their priority is only on the Shrine.

And do not be fooled into the argument given by certain “low-life” yellow journalists who claim that Archbishop Elpidophoros had so many problems to deal with and that he had to start somewhere so might as well start with Greek Education or the Shrine.

Not true! It is a misleading argument being made by people who are out of touch with Christ.

Since there are so many millions of dollars focusing on building one small parish in New York, then the Archdiocese does not need the parishes throughout the Metropolises to be contributing their financial assessment to the Archdiocese any further. We can separate ourselves from New York and get back to what Christ commanded us to do.

Where do we go from here?

Now we wait and see what happens this week with the upcoming Leadership 100 annual conference being held at The Breakers Luxury Resort in Palm Beach, Florida.

Since there is roughly $10 million needed to complete the construction of the Shrine, there is a large group of people speculating that Leadership 100 will pledge the remainder amount to finish the project. Once again, donating to the Shrine would be at the expense of other more valuable ministries of the Archdiocese and clergy welfare.

Will Leadership 100 follow the terrible example of FAITH or will they set themselves apart to support the areas of the Archdiocese that is lacking because of all the attention being on the Shrine?

We will find out.