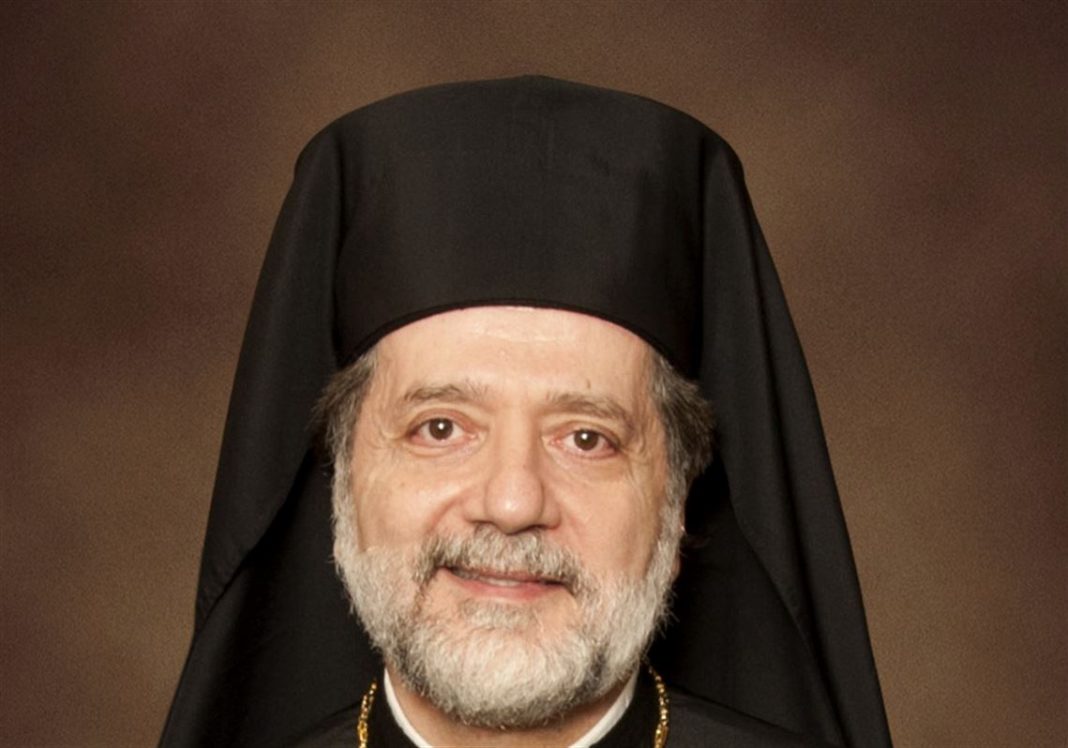 For the past few weeks we have been overwhelmed with messages by many Greek Orthodox faithful from all over the country – and even from abroad – who have been expressing their support for our efforts to expose corruption.  We appreciate the kind words and the encouragement.  But at the moment we all need to show our support to the first member of our hierarchy, Metropolitan Nicholas of Detroit, who had the courage to come out in public and say all these things that we have been reporting… The remarkable video of his remarks was removed from the Facebook page of the Assumption Greek Orthodox Church in St. Claire Shores, Michigan, within hours of its posting; we were able to save and re-post it and share with other websites and all of you…

First, let me note something that most of us failed to comment on: Metropolitan Nicholas spoke in front of empty pews.  One could count the faithful with ease… This fact explains his motivation: the emptying pews, the emptying Churches are hurting our Church and are caused by the lack of trust and NOT by the lack of faith in Christ – which was always plentiful in this great country of ours… While the greedy hierarchy, both in New York and in the Phanar, demand more and more money every year, they completely ignore the harsh reality of the faithful “voting with their feet” and abandoning a church whose leadership still today refuses to establish basic transparency and accountability procedures.

His courage is even more worthy as it came at a time when the powerful so-called “leaders”, without any sense of Christ in their hearts, were pronouncing their arrogant threats to those of us who have been exposing the GOA corruption.  Metropolitan Nicholas rendered their threats completely invalid, as he said loudly what we all have been saying for so long: The GOA accounting books were “cooked”, the credit cards were used for “lunches” and “vacations” (and, I have to add, many other expenses…  when they are revealed we will be all left with our mouths wide open…)  And he also said that the abuses are continuing…

Metropolitan Nicholas’s statements should encourage others in the clergy and among the laity to take action on what they have been witnessing in their local parishes and in general.  This state of affairs in the GOA should not last one day longer…  In the next days and weeks we will make an effort to specify transparency and accountability procedures across the various GOA organizations.  And we all should take the necessary steps to enforce the laws of this land within our Church.  How is it possible for an American non-profit organization to ignore or evade such basic US Laws?

For now, let’s all show our support to Metropolitan Nicholas by contacting the Detroit Metropolis at the following address and phone number:

Or by emailing at office@detroit.goarch.org

By supporting Metropolitan Nicholas in his loud criticism of corruption we can show those in the New York or Constantinople hierarchy that they cannot any longer treat all of us, faithful Greek Orthodox in the United States of the 21st century, in the same Phanariot way as they have been treating their (allotted by the Ottomans) Balkan provinces in the 18th century.  Their Phanariot double faced practices and their “double talk” belongs to medieval times… Not here and not in the present!