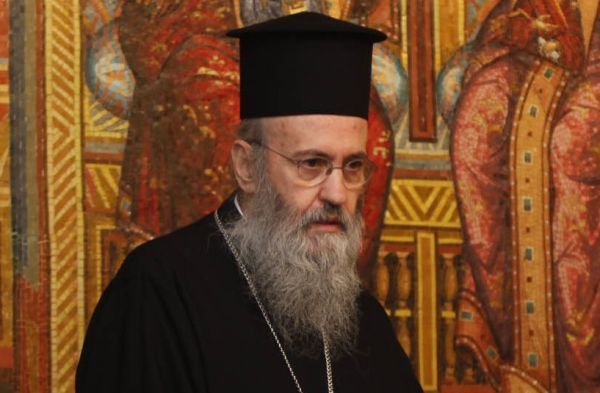 EDITOR’S NOTE (Nick Stamatakis):  The English translation of the TV interview by Met. Ierotheos of Nafpaktos was published  in orthochristian.com (you can watch it by following the link here).  One can only add that all the outbursts by the hierarchs of Greece are “too little, too late”.  They themselves are to blame for reducing the Church to a hair salon – because they subjected without resistance to secular authorities… Even worse for the Church of America, where not one “pip” was heard by the leadership… State and local authorities in the US allowed “drive-in” or “drive through”operation of all sorts of businesses, but the Church was not allowed to operate, not even in a minimal way… Yesterday, AG William Barr took the unprecedented step to “tell prosecutors to watch for pandemic restrictions that violate Constitution”.  Will the GOA leadership wake up now? I am not holding my breath…

What is the Church? Is it a union? Is it a supermarket? Is it a hair salon after all? Is it worse than the supermarket and worse than the hair salon?” Metropolitan Hierotheos (Vlachos) of Nafpaktos, the spokesman for the Holy Synod of the Church of Greece, asked with exasperation at the state’s announcement that the churches would not reopen for services in the near future.

“I look forward to a return not only to normality, but also to ecclesiasticalism,” the metropolitan said, commenting on the gradual lifting of the present restrictions for SKAI TV, reports the Orthodoxia News Agency.

“Since the problem is overcrowding, we will take all the necessary measures, we will do what they have instructed us to do,” Met. Hierotheos emphasized.

Government officials earlier announced that the request of Archbishop Ieronymos and the Eparchial Synod of Crete would not be satisfied at this time, but that the churches could be opened in the first round of the relaxation of restrictions only for private prayers. The state could not say when the faithful would be allowed to return to the Divine services.

He also confessed that felt a real sense of disappointment when he was informed of the state’s decision.

He also wondered what the extent of power and authority should be.

The Church was willing to accept individual prayer for a while, and even at the holiest time of the Church year, “but if this continues, we must say that we are Orthodox Christians, not Protestants,” His Eminence said.