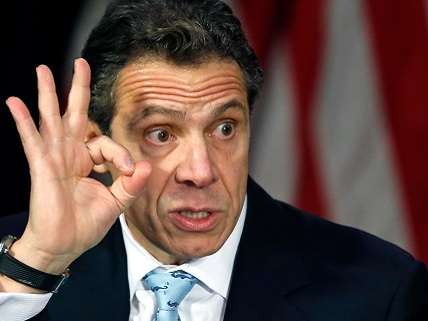 This writer had the opportunity in the early days of the lockdown to say a few kind words about Gov. Andrew Cuomo and his handling of the pandemic in the spirit of the unity this big fight required (“he did his best”, I noted, not explaining fully what “his best” truly meant…)  But as the days and weeks went by, I couldn’t help but remember the many vices I had written about the last few years: His inconsequential way of speaking (so unlike his father’s), his uninspiring ideas, his less than mediocre intellect, his support of the baby-killing abortion law and other ideological traps he had fallen into and above all his deeper than deep corruption… The corruption which made the “NY Times” to write the most pathetic endorsement of all time in Sept. 4, 2018, where they spent more space describing his flaws than touting his accomplishments… Just a few weeks before that time, the “Joe Percoco scandal” had ended with the imprisonment of the longtime “Cuomo family confidant”… Who was Percoco? He was the “third son” of Mario Cuomo, whose main job was to shake down businesses asking for his “ziti” (“mafioso” code for “bribes”)…  But before we get lost in the endless Cuomo corruption stories, let me enumerate his many failures in the coronavirus pandemic:

I could go on because the list is a lot longer… But let me close by asking my many democrat friends: Is this the “charismatic” politician that would either act as VP to Biden or somehow replace him and would be entrusted with the fortunes of the country and the world?