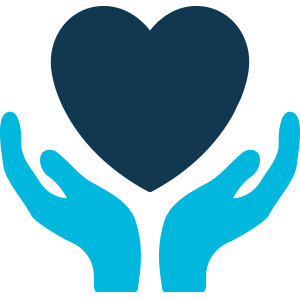 Let’s touch a bit on the Covid-19.  With all the information we have been receiving via the media-TV, newspapers, radio and online, we are on information overload.  I lament and pray for those people who have died and those who became ill from the Chinese virus.

Our hierarchy has done a fine effort in providing their brethren with do this or do that.  But it failed when they ordered our Churches closed, locked up tight during our Lenten period and through Holy Week and later.

Did you women and men in the pews get the feeling, the thoughts, that we in concert with the Parish council and our Clergy could not work out a safe way of observing city and state laws, while providing an opportunity for our faithful to still venerate our icons of Christ, Panagia and the Saints?

What a bizarre time in which we are living.  Liquor stores are deemed essential, while regular business operations are denied, but abortions procedures to kill unborn babies are still being permitted.  Tell me when this crazy train stops as I want to get off.

On the argument on the Right to Life issue, Pew reports that those who are religiously affiliated say that ventilators should go to those in need while those who are unaffiliated, as agnostics and atheists, say those who are certain to recover should receive the equipment.

Jeremy Bentham, a British Philosopher born in 1748, called natural rights “nonsense upon stilts”.  This not surprising, since he was an atheist, a utilitarian.

Our society prospers when we have more people of faith, not less as they believe in the Right to Life.

I have departed from my original thought on Covid-19 and the unconstitutional denying of our religious freedom and right to worship in this country. The scope of this message is the sanctity of life.  Think of abortion in the manner of our older people where some medical or governmental person in charge decides who lives and who dies.  Who is allowed to remain in the hospital with minimal care or just sent home to die?  And what if the caregiver or family member is a nonbeliever or an atheist…what are the chances of this happening?

I remain contrite and penitent in writing this to those who have lost family members in the course of this illness.  Yet, I am certain that not a few had passing thoughts on this possible governmental interference in the death of their loved ones.  And the outright denial of our civil liberties of being with our loved ones during their demise during a time in which they need us most.

The message and question at hand is why our Orthodox Hierarchy, in full view of what has been happening, not issued encyclicals, epistles and letters on the “Sanctity of Life?”  Just as life is important for the newborn, it is equally consequential for our elderly, the disabled. the afflicted and the infirmed.  Whereas such spiritual information was spoken or written in the past, if ever.  We have new generations who need to hear these specific announcements, spoken or written today.

Is this the kind of Orthodox leadership we have come to expect of our Hierarchy?  It seems that only but a few are worthy to wear the shoes of Cyril and Methodius.

So now the “New Normal” is in New York for patients without a pulse for 20 minutes are left to die, while statisticians show that these human beings can recover over that time at the rate of 4 in 100 patients.  Wouldn’t you dear Reader if you were one of the four be ever grateful if a caregiver or medical advocate on your behalf took the time, exhausting effort amid criticism to let you go, be ever grateful and thank God for saving you?

Having said this, allow me to segue a bit.  So, that you may know, I am 94 years old born into the Orthodox faith.  I am grateful to Christ and Panagia for carrying me this far.  There are times when I wonder why I should so be privileged to still be on this earth and in relatively great health and mind.  My prayers are being acknowledged.

Another question that may be in your thoughts is why our American Hierarchy remain strangely silent in composing authoritative and specific epistles on such topics as the Fourth of July, abortion, crime, Right to Life, immigration, the list goes on.

Are we Greek American Orthodox adherents in the reverential recital and prayers to remain a slave to the Greek language, Greek holidays, like OXI and Greek Independence Day but ignore the English Language and the important American holidays?  These observances in honor of important Greek events are momentous but, in time will morph into the Irish or Italian type formalities.  Think about 3-4 generations from now.

Please dear Hierarchy, this is AMERICA where the language is ENGLISH.  Love it or leave it. Don’t bondage us to continue your middle Eastern rooted practices just to satisfy “tradition.”

Good news!  Recently, Mr George Cantones, the newly installed President of HCHC kindly returned my call.  We had an extraordinarily honest and open conversation.  I found him to be a sensitive, no nonsense, get it done individual who is working 70-80 hours a week, living on campus away from his family in Florida during the pandemic.  Let us pray for him to succeed.  Further, let us open up our wallets for contributions to HCHC directly.

Christos Anesti dear Orthodox.  The following is a poignant story which is never too late or too early that we must tell and retell.

The leader of the Israeli community and the Roman authorities collaborated that our Christ would be put to death by crucifixion.  This somehow made no sense to His followers as they thought that He was going to free them from Roman occupation including from the corrupt Israeli leadership at that time.  Instead, Jesus died a shameful and painful death, looking like a complete failure in his work and preaching.  It appeared that God has abandon Him and where were His apostles?  The abject feeling of being abandoned gripped Him as he managed an anguished cry, Father why hast thou forsaken me and then died?

Almost immediately, the surrounding area was gripped by an angry storm ostensibly on cue as the thick veil of the sanctuary some forty feet high is torn down and ripped apart from top to bottom.  Try as we may, there is no natural explanation for this happening.

Yet all that happen during Holy Week, the sorrow, the torture, the weeping of the sadden followers and anguish can be soothed with the Resurrection of our Christ and His love of us all.  He died to defeat sin for us, demonstrating the extraordinary and supernatural power of God.

May we thank God every day for Christ’s death on the Cross freeing us to renew our full access to our Heavenly Father.