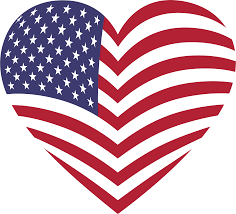 By Stefanos J. Loisou*
What is America’s soul? First, one needs to recognize the definition of ‘soul’, usually attributed to a living being. A soul is partly defined as intellectual energy or intensity. It is also defined as the essence of a person. However, our great country of America is not a person, but, it is a living, breathing entity nonetheless. The soul, therefor,is that part of you that makes you who you are. The soul defines your characteristics, your personality, your dealings with other people…. how you live!
I do not think that there is any argument regarding America’s soul. Our country does indeed have one. Our country is a living, vibrant resilient entity that continues to endure and , like the soul within each of us, our country’s soul defines who we are as an entity. We too, collectively as a nation, have an energy, a tremendous intensity that cannot be denied, despite this horrible Black Swan/Covid virus that has been directed to us and forced upon our world. We can argue that it need not have occurred, yet, we are forced to confront it and that confrontation is very revealing of our true American soul and further revealing of those who wish to challenge and change the composition of our American soul.
There is a fight going on, and has been for many years, for the very soul, the true essence of America and its greatness. It is a fight between liberalism/socialism, those who profess to change the nature of our soul which was forged by patriotism, freedom and individualism, and capitalism that allows for and thrives on patriotism and individual achievement.
This pandemic event has sadly provided the perfect cover for those who wish to change the soul of America through legislation. The socialist bent, Democratic party is hell bent, albeit through legislation, to limit our freedoms, take away financial reward to individual achievement earned by hard work and ethics, and to replace our patriotic, capitalistic soul with guaranteed minimum income for all, redistribution of earned wealth and open borders that will allow our national sovereignty and identity to disappear.
There is much discussion of a ‘new normal’ that will become acceptable because of recent events and that we should accept that. We do not want a ‘new normal’…..We want to achieve again our normal ‘normal’ to which we had become accustomed. Indeed, we expect to surpass our previous ‘normal’. That is the expectation of our POTUS and those who want to maintain and reinforce the soul of America.
The democratic liberals, want to provide so much ‘pork’ in any new legislation being considered as ‘stimulus’, that even Smithfield Farms would be overwhelmed with all the pork to be introduced, in addition to all the other ‘pork’ already enacted! Actually, in my opinion, all this new deficit spending cannot really be considered …stimulus.
What will help stimulate our economy, in part, is economic optimism that, as of this writing, is starting to rise, though economic optimism is still in negative territory, regrettably. Economic optimism is a strong measure of consumer confidence.
Ah, but here is the rub! Economic optimism and expansion have been curtailed by the closing of businesses and normal commerce. Cash flow, the engine that supports both large and small businesses, has been curtailed. The fire of our economy has been reduced to embers and those embers need to be rekindled. Additionally, there is no doubt that we need to maintain better control of our technologies, bring back our pharma manufacturing and provide the necessary tax incentives to bring back to our shores all other major manufacturing in the same manner that the current administration made us energy independent.
There are great economic minds working towards unleashing again our economic engine and to balance that with prudent safety and health protocols. Economists, Art Laffer, Steve Forbes, Steve Moore and others, strongly favor a payroll tax elimination that will immediately impact most low and mid level employees and spur more cash flow for them and, ultimately, create business cash flow to get our economic engine fired up again. POTUS heartily agrees and so do I.
The very soul and existence of ‘America the Great’ are at stake. Our very ideals and way of life are being threatened and jeopardized. We cannot let that that happen. Our capitalistic economy needs to be reawakened , our embers reignited and our collective energies directed to make us even stronger and greater than before. The soul of America will endure.
(*) Stefanos Loisou, a second generation Greek American, has been involved with financial services and helping people and businesses with their financial security needs for over 40 years. He has been a member of the exclusive Top of the Table group of the Million Dollar Round Table, the recognized international, professional organization emphasizing knowledge, service and commitment to clients and he is a member of the National Ethics Bureau