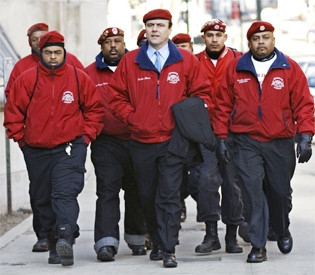 Across Northern California cities, the homeless problem grew from bad to worse in the past ten years.

I engaged in safety foot patrols in my town. Last February, the Guardian Angels patrolled the streets of San Francisco. It is a great feeling to be part of group making a difference in the community. The Guardian Angels is open to volunteers of all ages, ethnicity, or gender.

Wouldn’t be great if Greek Americans formed a Guardian Angels chapter in Astoria? Crime is up in Astoria. 47% in https://www.areavibes.com/new+york-ny/astoria-long+island+city/crime/ say crime is awful in Astoria. 62% say it is not safe to walk alone at night in Astoria.

The Guardian Angels has opened chapters across the USA and the world. For example, there are chapters in Japan, Italy, Mexico, etc.

Want to keep Astoria safe? Invite Curtis Sliwa to speak to you and form a local Astoria chapter.

For more information to join, go to https://guardianangels.org/

The Return of the Guardian Angels