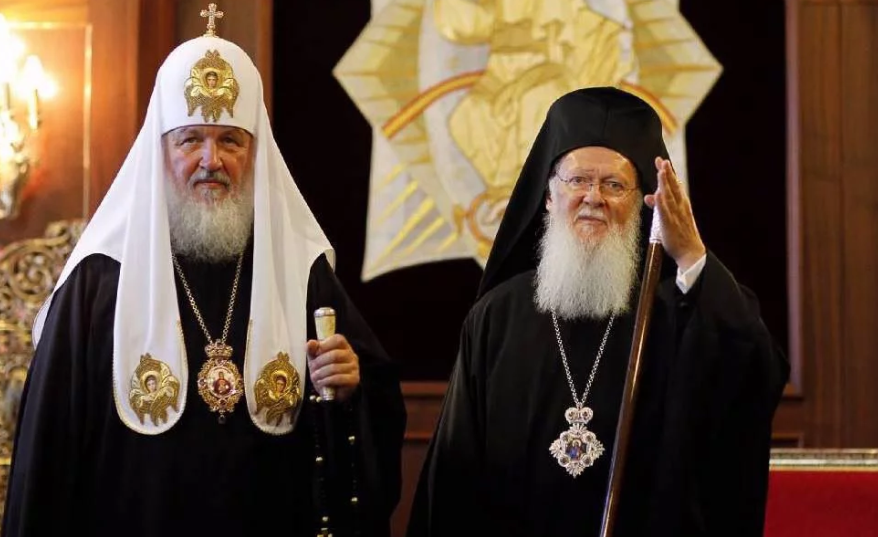 In early May, the Swiss Center for Security Studies at ETH Zurich published its new report on Constantinople’s invasion to the canonical territory of the Russian Orthodox Church and its impact on the religious life in the country and the situation in world Orthodoxy.

According to the study by Nikolay Mitrokhin, a Research Fellow at the Research Centre for East European Studies (Forschungsstelle Osteuropa) at the University of Bremen, the decision of the Ecumenical Patriarchate to directly interfere in the Ukrainian church situation caused a serious crisis in Orthodoxy. The Phanar’s actions led to a deeper division between the “Greek” and Moscow-based coalitions. “On the one hand, the churches dominated by the Greek diaspora — Ecumenical Patriarchate, Hellenic, Alexandria and Cyprus — and on the other hand, the churches ideologically and organizationally connected with Moscow — the ROC, Antioch (Syria), Bulgarian, Georgian, Serbian, and Polish Orthodox churches, as well as the Orthodox Church of the Czech Lands and Slovakia,” the author writes. Moreover, some Local Churches’ efforts to resolve the conflict (e.g. the meeting of Orthodox Churches in Amman organized by the Patriarchate of Jerusalem) were strongly opposed by Constantinople.

The same thought is expressed by Alexander Ponomariov in his analysis “International Implications of Ukrainian Autocephaly (2019–2020)” (p. 10 of the Digest). He claims that the Orthodox commonwealth is facing an “imminent danger of schism” while “Greek” Churches react to their indisputable neo-post-Byzantine leader, the Ecumenical Patriarchate”, and against the background of the COVID-19 outbreak.

The Ecumenical Patriarchate’s strategy concerning Ukraine caused an open standoff between it and the Russian Orthodox Church. Mitrokhin claims that in order to repulse the Phanar’s attacks, the ROC revoked the traditional system of “friendship, hostility, or seeking a balance of interests with national Orthodox Churches” and turned to a “hybrid” network of friendship and business relations. In 2019, when Constantinople granted the Tomos of autocephaly (independence) to the newly created Orthodox Church of Ukraine (OCU), the Moscow Patriarchate break off contact with it but when the Churches of Greece and Alexandria recognized the OCU, the Russian Orthodox Church decided to cut ties only with those clergymen of these Churches who approved of the recognition.

Another step of Moscow was the creation of two new exarchates – West European and South East Asian, which became a “punch in the nose” for the Ecumenical Patriarchate. “The first included European countries west of Germany, the second to the south and east of mainland China. Of course, the ROC already had parishes and dioceses in these regions, but the creation of exarchates (the ROC has not had them outside the former USSR for a long time) means a new level of symbolic claims. Previously, in the system of “world Orthodoxy,” the Ecumenical Patriarchate was given the role of coordinator of Orthodox life outside the territories controlled by national churches and traditional patriarchates. […] The ROC exarchates are a clear effort to change this status,” the study says.

Even more dramatic was the impact of the Ecumenical Patriarchate on the Ukrainian Orthodoxy. The creation of the OCU led to numerous local conflicts during forced transition of parishes supported by former president Poroshenko and right-wing radical parties.

According to the author’s data, based on conversations with high-ranking church officials and activists both in Kyiv and in the most affected dioceses, the UOC has hopelessly lost at least 200 communities (and about 150 priests), some 250 communities have split up and it is impossible to serve in their churches (but the priests have remained in the UOC); another 100 communities serve in the same churches as before, but are formally transferred to the OCU.

“Approximately 200 communities joined the OCU voluntarily or fearful of closure, […] in the vast majority of other cases, however, decisions to “transfer a community” to the OCU were not made by the community itself at the parish assembly, but by the territorial (rural) community.” Such transitions were impossible before the amendments to the Law on Freedom of Conscience, very vague in terms of the norms for deciding on the transition, were introduced by Poroshenko’s government in January 2019.

In the first months of 2019 in hundreds of villages in six of the seven regions of Western Ukraine (except the Transcarpathian region), as well as in Khmelnytsky, Vinnytsky, Zhytomyr regions there were fierce skirmishes between OCU supporters who tried to seize churches and UOC supporters who tried to keep them. UOC activists, lacking any help from Kyiv, have to set up networks of mutual support to protect themselves.

The way the UOC can defend its parishes from seizures is to legally confront its opponents. Currently, there are 60 lawsuits against various regional administrations for illegal re-registration of parishes. Courts mostly support the UOC and confirm that parishes’ transitions were illegal.

Instead of uniting the Ukrainian faithful, the OCU divided them. Conflicts (including the ones between the former church organizations which are now part of the OCU) across the whole country continue. Up to this moment, approximately 350 communities that the OCU already considers its own haven’t completed the process of transition yet. It’s still unknown how many parishes belong to the OCU (according to various estimates, it has from 3,500 to 7,000 parishes).

Besides, according to Nikolay Mitrokhin’s another study (“Atheisten des Kiewer Patriarchats’. Die Kirchenfrage in der Ukraine nach dem Tomos”) the OCU attendance is relatively low especially compared to those of the Ukrainian Orthodox Church.

The key factor affecting the attendance is that the Ukrainian Orthodox Church succeeded in preserving its unity despite all efforts of the previous authorities. For the OCU, unity is still unreachable and unfortunately now it looks like the normalization of the religious situation in Ukraine will last for decades.