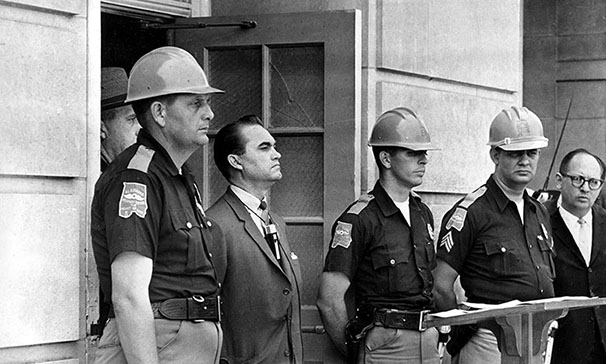 There are a number of reasons the National Guard may be called to duty in the United States, including to help after disasters and provide security for events. On any given day, a National Guard spokesman said, 2,000 to 4,000 Guardsmen are on duty for a variety of missions.

A president mobilizing the Guard to respond to a situation, however, is rare. In January 2017, President Trump threatened in a tweet to “send in the Feds!” in response to violence in Chicago. Ultimately, he didn’t.

National Guard historians, in response to a request by the Chicago Tribune, listed 12 times since the enactment of the 1952 Armed Forces Reserve Act when the Guard was called into duty and operated under the control of the president. Many of these incidents were during the turbulent civil rights struggles in the 1960s.

This list doesn’t include the many times the Guard was activated by a governor and operated under state control, and, in about half of the examples below, the governor of the state asked for help.

Integration of University of Mississippi

Riots erupted on the campus of the University of Mississippi in Oxford on Sept. 30, 1962, when James Meredith, a black Air Force veteran, attempted to integrate the all-white school. Despite the presence of more than 120 federal marshals who were on hand to protect Meredith from harm, the crowd turned violent. The next morning, two civilians were dead and scores more were reported injured. After spending the night of Sept. 30 under federal protection, Meredith was allowed to register for classes the following morning, and became the first black graduate from the university in August 1963.

Integration of University of Alabama

On May 16, 1963, a federal district court in Alabama ordered the University of Alabama to admit two African-American students. Alabama Gov. George Wallace, who had made a campaign promise to prevent the integration even if he had to stand in the schoolhouse door, temporarily blocked the students’ entrance by doing just that June 11, 1963. He ultimately yielded when President John F. Kennedy federalized Alabama’s National Guard.

Although the U.S. Supreme Court’s 1954 decision in Brown vs. the Board of Education found racial segregation of children in public schools violated the Equal Protection Clause of the 14th Amendment, it did not immediately eliminate it. Segregation didn’t end in Alabama public schools until 1963, when Sonnie Hereford IV became one of four black children to enroll in a previously all-white public school in Huntsville, Ala., following a court order.

On March 7, 1965, which became known as “Bloody Sunday,” peaceful protesters led by John Lewis were beaten by local police as they tried to cross Selma’s Edmund Pettus Bridge. The Rev. Martin Luther King Jr. led more than 3,000 marchers across the same bridge two weeks later and continued on a 54-mile trek to Montgomery, the state’s capital, under the watchful protection of the recently federalized Alabama National Guard. The five-day march, one of the seminal moments in civil rights history, led to the passage of the Voting Rights Act in 1965.

Ignited when Detroit’s nearly all-white police force arrested several black revelers at an after-hours drinking club in the early morning on July 23, 1967, the riot triggered a devastating period of violence in the city that left 43 people dead and millions of dollars in property destroyed. Thousands of Army troops and National Guardsmen were called to the city.

On April 4, 1968, the Rev. Martin Luther King, Jr. was assassinated in Memphis, Tenn. As the tragic news spread, riots and looting took place in cities including New York, Washington, Nashville, Tenn., and Raleigh, N.C. In Chicago on the first night of rioting, nine people, all black, were killed. On Saturday, with the approval of Mayor Richard J. Daley, the Army was called in and thousands of troops descended on the city’s troubled areas. When the fires died out, 162 buildings had been destroyed, 12 people killed and 3,000 arrested.

In the days following King’s assassination 13,600 troops occupied Washington, according to The Washinton Post, the most to occupy a U.S. city since the Civil War. When news spread of King’s murder, looting and rioting broke out across the city.

During a strike of U.S. postal workers involving 152,000 workers in 671 locations across the country. President Richard Nixon called in the National Guard to help get the mail moving in one of the hardest-hit areas: New York City. The strike concerned what the unions saw as a small pay raise. The strike lasted for two weeks, the military mail helpers were considered ineffective and the postal workers got their raise.

President George H.W. Bush called in the National Guard to restore order on the island of St. Croix of the U.S. Virgin Islands. Looting and racial tension broke out following devastating damage from Hurricane Hugo. The storm damage buried the island in rubble, destroying most homes and knocking out communications. The storm sparked long-standing racial tensions that led to rioting and looting. Bush sent in 1,100 heavily armed troops.

Arson, violence and looting broke out across Los Angeles following the not-guilty verdicts in all but one assault charge in the video-taped police beating of Rodney King. During the violence, 2,000 reserve soldiers were activated. During six days of rioting, more than 60 people were killed and more than 2,000 people were injured.

Created by the Chicago Tribune Dataviz team. On Twitter @ChiTribGraphics 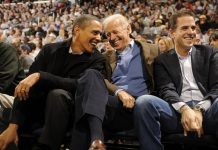 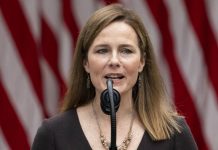 Noah Feldman: I Disagree With Barett But She Deserves To Be On the Court 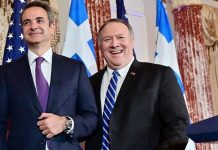