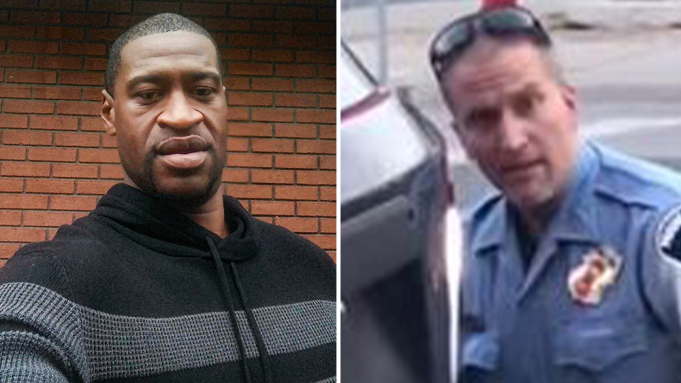 People die every day all over the world.  Just how can the death of just one person George Floyd, die by having his breath crushed, squeezed out of him as he cried for relief and spontaneously called for his mama.  Yes, how many of you dear readers, have ever been in even a lesser imperative circumstance have called for your mom, dad, a spouse, sibling or friend to talk you out of a predicament.

So too, has this one voice in just a couple of words unleashed a revolution in how we deal with men, women and children, people of color, race, ethnicity with religious and cultural differences?

I pray that all have been emotionally awakened and moved by the many circumstances afflicting our great country.  Our beloved Orthodox brethren, we, too, have an immense task before us.  Are we warm and accepting to our Hispanic, Latin descent people?  How do we fare with our people who are black, Ethiopian or Asian?  When one looks about our congregations, how many faithful of color do you see?  Possibly a couple, but mostly nada.  Nada.

As an Orthodox you might ask, what is our faith doing, to react or address this tumultuous explosion?  In a miniscule effort, our esteemed AB participated in a march with some Brooklyn officials.  What a waste of time.  The truth be told, he is the leader for the original church with a history of adoring the Holy Trinity, the spiritual foundation of our faith.  What if, just what if our venerable AB called on our proficient Metropolitans Nathanael of Chicago and Nicholas of Detroit to organize a universal Christian response on the steps of the NY City Hall?  A universal call for all Christians to gather to hear words of peace, reflection and personal atonement.

These two metropolitans have shown uncommon nerve and articulation among the current or recent past hierarchy.  Glory to them.

Are we as a faith too complacent, low key as we do not desire, notice or attention.  Where is the love, pride and trust in our devotion to God?  Are we so laid back that we don’t, except when necessary, even generally brag, proclaim or disclose our beliefs?  Is our faith forever to be our secret always to be kept hidden and masked?  All along our Orthodox Christian history we have had clergy of all stripes and faithful, even to this day, killed, maimed and injured.  Some of those slaughtered had an opportunity to disclaim God and Christianity and live but chose to die for their beliefs.  All blessings to them.

Now while our commendable AB Elpidorphoros is competent in European style diplomacy, traditions and societal manors, he has a long road to becoming American.  Please notice how he will observe July 4th.  Last year he totally ignored our supreme holiday and this year he skipped Memorial Day.  So what are we, a Greek-Greek Church or a Greek-American Church?  Why do we, big time, venerate Greek holidays but eschew American observances?

So dear readers,  I pray you understand why I’m sticking my neck out postulating for an all American Greek Orthodox Church with all clergy and hierarchy to be American citizens or American born.

I have always maintained that Orthodoxy was a universal faith.  Now, I’m not so sure.  Yes, we have missions in central and south America, Africa, but we are having difficulty in teaching these parishioners Greek just like in America, Japan and Korea.  Our hero Alexander the Great just conquered the known lands, just think if he had conquered the unknown lands, the people could possibly all be speaking Greek.  Wow!