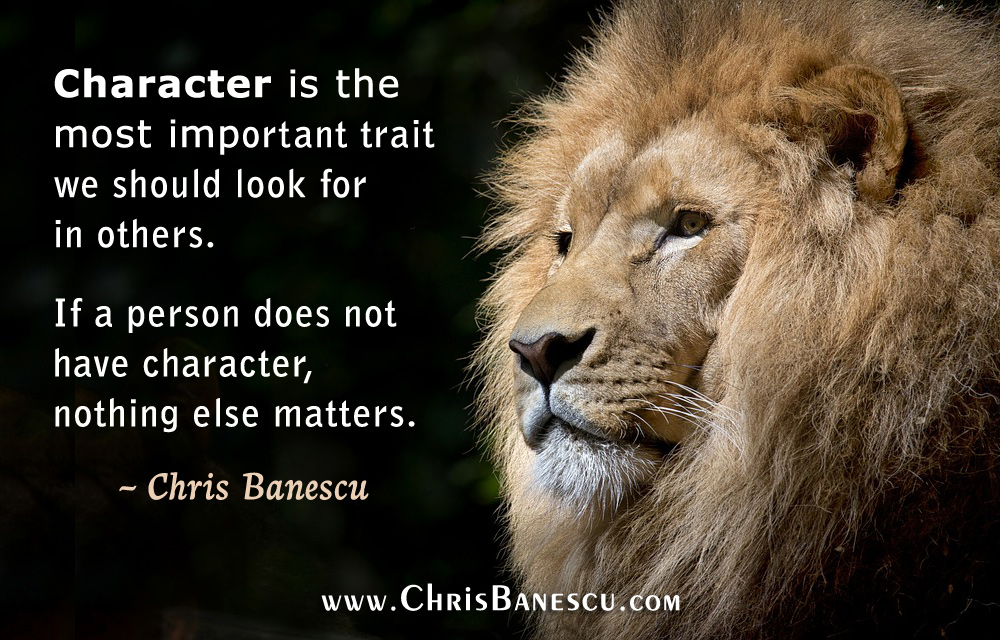 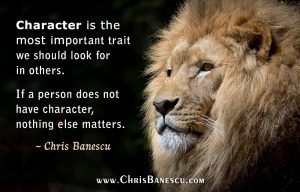 Character Is the Most Important Trait

Life has taught me and continues to teach me that character is the most important trait we should look for in others. If a person does not have character, nothing else matters. This is true in our personal and professional lives. It’s true in our friendships and family relationships. It’s true in business, academia, politics, religion, and all other fields of human endeavor.

In virtually all of the business and leadership courses I have taught for over two decades, the subject of character inevitably comes up. Students ask me or I ask them about the most important characteristic or quality (they can only pick one) they should look for when working for anyone, partnering with someone in a venture, or hiring great employees.

After spirited and engaging discussions, students eventually reach near-unanimous agreement that character is indeed the key trait they would look for in a boss, business partner, or employee. I don’t recall any class deliberations where anything other than character was picked as their number one choice. It’s a most reassuring pattern to observe, especially in younger students who represent future generations of business leaders.

What is Character?
Character, like honor, can mean different things to different people. Rather than define the word in the abstract, I’m going to focus instead on the specific characteristics of a man of character or a woman of character. It’s the same approach I use to explain this uniquely human quality to students.

A Man or Woman of Character Is:

He is genuine. He’s the real deal.

Authentic – He is genuine. He’s the real deal. What you see is what you get, all the time. He is the same at work, at home, and in public. He has the same personality when interacting with co-workers, friends, family members, and even strangers. He is not two-faced or fake. He’s not a hypocrite. He has no hidden agenda.

Trustworthy – She is someone you can trust. She is dependable. She keeps her promises. Others can rely on her promises. She would never make promises she knows she can’t keep or has no intention of keeping. If something prevents her from following through on her promises, she apologizes and lets others know. There is no deception or desire to harm others. She does not manipulate or abuse other people.

Honest – He is a truth-speaker. He’s sincere and direct. He speaks the truth and does not purposely lie or deceive. His “yes” means “yes” and his “no” means “no.” He gives straight answers whenever possible and if he doesn’t know the answers or is unsure, he clearly says so. He is someone who keeps the white lies to a minimum. (We’re all imperfect human beings and are guilty of the occasional fib; sometimes done to avoid offending another or hurt someone’s feelings.) He doesn’t intentionally lie or deceive others to unjustly cause them harm, destroy their livelihoods, or ruin their reputations.

Decent – She is kind. She treats other human beings with respect. She gives others a chance. She lets people be themselves. She never humiliates or belittles people. She doesn’t insult or put others down to feel better about herself or assert her authority.

She is kind. She treats other human beings with respect.

Honorable – He has integrity. He has a rock-solid conscience. He is ethical. His word is his bond. He practices what he preaches. He walks his talk. His actions match his words. He does the right thing even when no one is watching. He is not a deceiver. He is not duplicitous. He does not harm innocence.

Fair and Just – She is objective and balanced in judging situations and people. She abides by the rules she expects others to follow. She is impartial. She applies the same standards to everyone. She doesn’t play favorites based on subjective characteristics. She is not biased. She doesn’t waive the rules to help herself or reward others unfairly.

Brave – He has courage. He stands firm and acts (words and actions) decisively against evil. He challenges evildoers. He is not afraid to speak his mind. He doesn’t stay silent in the face of lies, injustices, and corruption. He speaks out in defense of truth and righteousness. He calls out liars. He fights against evil. He defends innocence. He protects those he loves. He lays down his life for his family and friends. He risks his life to protect the innocent.

Loving – She loves others with words and actions. She acts in her friends’ and family’s best interests. She tells people the truth, even when it’s uncomfortable or difficult. She doesn’t tell people what they want to hear, she tells them what they need to hear, even when it exacts a cost. She would rather lose a friend for speaking the truth, than maintain a friendship based on lies.

He stands behind his family and friends.

Self-aware – She sees herself as she truly is. She knows her strengths and weaknesses. She continually strives to stay grounded and be real, to herself and to others.

Accountable – He takes responsibility for his own behavior. He stands behind his decisions. He apologizes and asks for forgiveness when he makes mistakes. He is remorseful, and his remorse is confirmed by his actions.

Selfless – She is others-oriented. She doesn’t constantly put herself first. She is not selfish or self-absorbed.

Humble – “Humility is not thinking less of yourself, but thinking of yourself less,” writes C.S. Lewis. A humble man is not prideful or boastful. He lets others have the spotlight. He doesn’t take himself too seriously. He’s the first to laugh at his own mistakes and idiosyncrasies. He doesn’t ignore his flaws or rationalize away his imperfections. He does not brag about his virtues.

There probably are other qualities that could be included, but I’ll stop here for now. I believe I’ve captured the most important traits needed to paint a clear picture of character, as I understand it.

Important Life Lessons on Character
I’ve learned that character is more important than a man’s background, education, position, intelligence, social status, wealth, accomplishments, political views, and even religious affiliation. As a matter of fact, I have met incredible men and women of character who were not “religious” per se. They radiated goodness, integrity, and honesty. And, unfortunately, I’ve encountered religious men and women, including hierarchs and priests of my own Christian faith, who have shown an appalling lack of character. Their disgraceful and unconscionable behavior made a mockery of their faith.

surround yourself with people of character

Avoid Those Without Character
I’ve learned that people with no character are capable of anything. They are toxic and dangerous to your spiritual and mental health, personal life, and professional career. Avoid befriending, dating, marrying, working for, partnering with, or socializing with those who don’t have character. Once you discover that someone lacks character, never trust that person again. Do everything possible to distance yourself from characterless individuals.

Surround Yourself With Character
Always surround yourself with people of character. Make sure you marry someone with strong character. Strive to befriend those with even stronger character than you. You will always be safe and comfortable in their presence. They will protect you and uplift you. They will bring out the best in you. They will build you up. They will help you make good decisions. They will support, sharpen, and strengthen your own character. They will inspire and motivate you to be your best self. 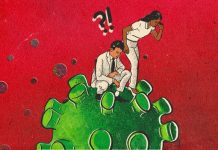 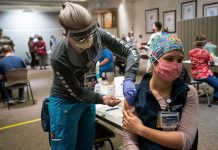