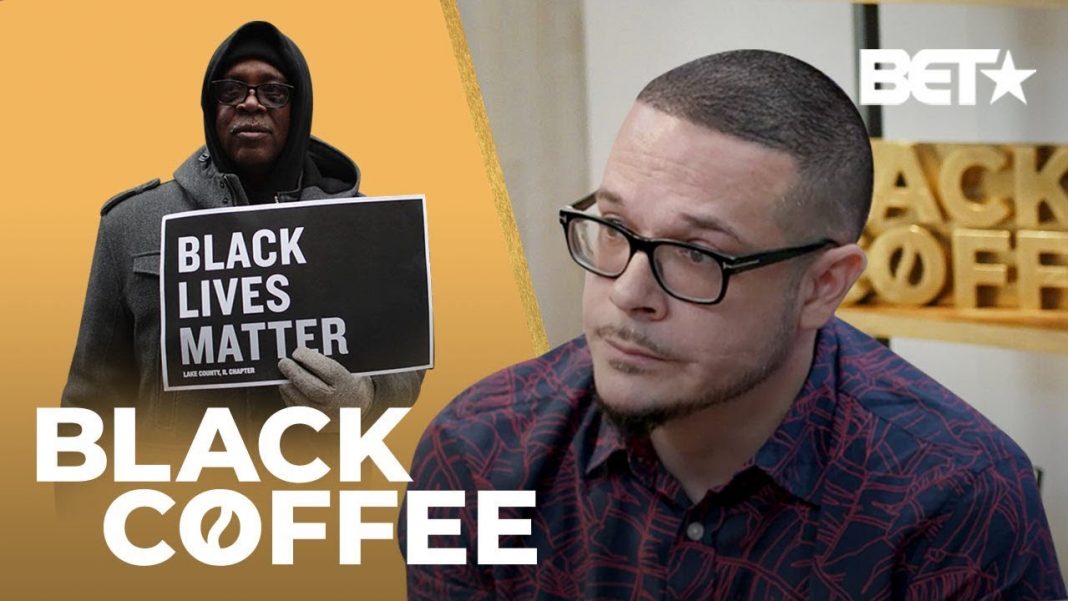 EDITOR’S NOTE (Nick Stamatakis): Shaun King is one of the main leaders of Black Lives Matter.  He said recently that statues of white Jesus should be demolished!….  Does this statement make AB Elpidopohoros a bit uncomfortable for holding the banner of the fascist leftist organization? Maybe he feels the need to make an explanatory statement?  Such a statement would be a wise move, as very soon the faithful are ready to take the law in their hands… 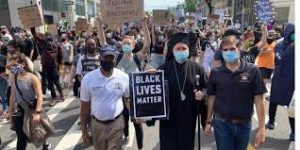 Accused fraudster Shaun King, who most recently came under fire for his shady media company, drew both ridicule and threats online Tuesday for demanding statues showing a light-skinned Jesus be pulled down.

“Yes, I think the statues of the white European they claim is Jesus should also come down. They are a form of white supremacy. Always have been,” King, 40, had tweeted Monday over the movement to topple monuments.

King then extended his demands to include “all murals and stained glass windows of white Jesus, and his European mother, and their white friends.”

“They are a gross form [of] white supremacy. Created as tools of oppression. Racist propaganda. They should all come down,” he insisted.

“If your religion requires Jesus to be a blonde haired blue eyed Jesus, then your religion is not Christianity, but white supremacy.”

The Brooklyn-based King — who has denied being a white man masquerading as black — posted a photo of a dark-skinned Jesus that he says is the most accurate depiction.

“White Americans who bought, sold, traded, raped, and worked Africans to death, for hundreds of years in this country, simply could not have THIS man at the center of their faith,” he said of the reason for images to lighten the skin of the son of God central to the Christian faith.

King’s series of tweets sparked a barrage of ridicule and outrage — and even outright threats, he insisted Tuesday.

“Received about 20 death threats in the past 12 hours since I said that statues of white European Jesus are a tool of oppression for white supremacy and should be taken down,” he wrote.

As well as threats, his tweets were met with ridicule from many online, with one follower asking, “Does it hurt to be this stupid? Honest question.”

Along with the claims that he is really white — with his birth certificate listing two white parents — the former newspaper columnist has also faced scandals over his financial dealings.

He was recently attacked for his botched attempt to recreate abolitionist Frederick Douglass’ newspaper, The North Star, as an online venture, and was accused of failing to refund $27,500 in donations to his shuttered activist organization, Justice Together.