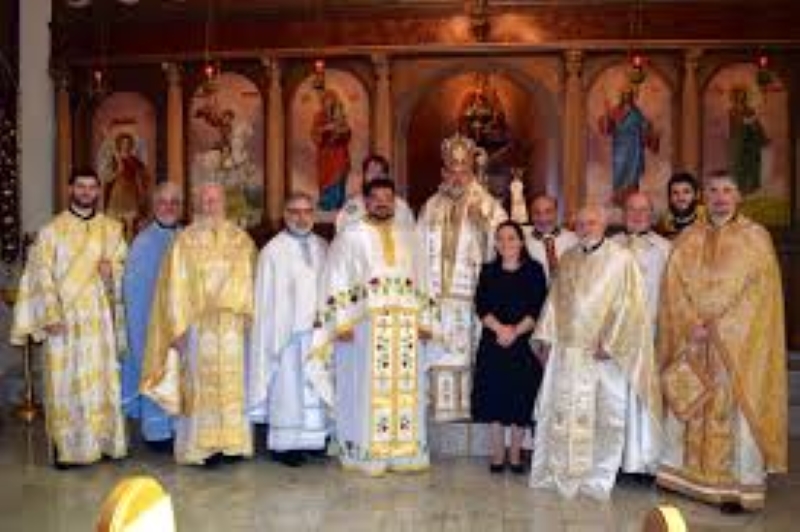 Are you are thinking about going $70k+ in debt to attend HCHC and potentially become ordained in the GOA? DON’T DO IT! Now is not the time to be clergyman in the GOA.

It is imperative that we all stop believing the propaganda published by The National Herald and Theodore Kalmoukos. They write stories praising Michael Psaros and John Catsimatidis, the Archons who contributed to the mess under Archbishop Demetrios and yet are still serving in leadership positions. They spin stories suggesting that Archbishop Elpidophoros has completely resurrected the Archdiocese and defied all expectation by uniting all the faithful of the GOA.

But a rude awakening is coming.

The virtual Clergy-Laity Conference on September 9-10, 2021 will demonstrate how out of touch Michael Psaros and Archbishop Elpidophoros have become with reality in the GOA.

Archbishop Elpidophoros is undermining the credibility of the GOA, backstabbing the clergy and dividing the faithful of the Archdiocese with every step His Eminence takes. The faithful are not going to simply be obedient and allow it to continue.

The dedicated clergy of the GOA have begun publicly expressing their distrust and outrage towards Archbishop Elpidophoros and their respective Metropolitans who support him.

As we all know, the Archbishop prioritized the completion of the St. Nicholas National Shrine by raising $45 million dollars in less than 6 months. But this came at the expense of every other ministry in the GOA.

Word is spreading quickly that the GOA is in desperate need of money. There is such a quick need for money that the Archdiocesan Finance Committee is planning to increase the assessment for every parish in 2021, despite knowing that every parish in the GOA is suffering from financial hardship in the midst of a global pandemic.

The Archbishop is refusing to eliminate anything from the current Archdiocesan budget and is still insisting that the GOA give $1.5 million dollars to the Ecumenical Patriarchate. There are plenty of useless departments His Eminence can eliminate (i.e. Greek Education), but the Archbishop is unwilling to take any appropriate action needed to protect the financial stability of our local parishes.

Instead, the Archbishop has instructed two members of the Finance Committee, Elaine Allen and Lou Kircos, to save the GOA money by restructuring and eliminate certain clergy benefits.

The clergy are beginning to learn that at a recent GOA Benefits Committee teleconference, Elaine Allen and Lou Kircos hijacked the meeting to instruct the clergy about the new changes the Archdiocese will be implementing beginning January 1st, 2021.

Specifically, the Archdiocese is planning to freeze the traditional Clergy Pension program and transition to a self-regulated 403(b) retirement plan. Under the 403(b) plan, the Archdiocese and the parishes would not be obligated to offer any financial contributions to a clergyman’s retirement.

In essence, the Archbishop is attempting to save money at the expense of the clergy.

During the Benefits Committee meeting, the clergy apparently challenged Elaine Allen and Lou Kircos, asking logistical questions of how this new plan would be beneficial for the clergy and how it would work in practice. According to multiple clergymen, Elaine Allen and Lou Kircos offered inadequate responses and were not prepared to move forward with any implementation. The clergy did not vote to approve any of the changes.

However, Elaine Allen and Lou Kircos allegedly left the meeting determined to undermine the importance of the clergy’s input, and informed the Archbishop and the members of the Finance Committee that everything is ready to proceed with eliminating the pension program despite not one clergyman in the meeting supporting this new plan.

What does all this mean?

The Clergy Pension Program is currently only 50% funded. What the clergy need to understand is that there is not enough money available in the pension fund to distribute to all the clergymen and Archdiocesan lay employees who contributed to the plan. The younger generation of clergymen will likely receive nothing from the current pension fund because it will be depleted rather quickly from the current and upcoming retired clergymen.

Implementing a 403(b) retirement account will also hurt the younger generation of clergymen. New clergymen who are beginning to start families and pay back the $70,000+ in student loan debt from attending Hellenic College Holy Cross Greek Orthodox School of Theology, will not be financially able to make any contributions to a 403(b) retirement plan until they are half way through their career.

And with no financial support anticipated being offered by the Archdiocese or from most of our parishes (because they are indeed struggling), the only money our clergymen will receive from a 403(b) plan will be from just their own contributions. And do not forget, when a priest withdraws from a 403(b) plan, that becomes taxable income.

Also, with expected changes to occur in the near future with the clergy health insurance, we can anticipate additional clergy benefits to be eliminated.

Many clergymen are upset upon learning this information because their respective Metropolitan is unwilling to stand up to the Archbishop or Elaine Allen and Lou Kircos. The Metropolitans have demonstrated time and again that they are not willing to sacrifice the Mitre on their head to support the clergy who are the backbone of the GOA. At the latest Eparchial Synod meeting, there seemed to be an agreement by the Metropolitans that this will be the outcome and that the clergy are expected to comply with these new demands.

Does Archbishop Elpidophoros, the Metropolitans, Elaine Allen and Lou Kircos have the best interests of the clergy or their families at heart? It does not appear that they do.

The Archbishop raised $45 million for the Shrine, certainly His Eminence can find $45 million dollars to support the clergy.