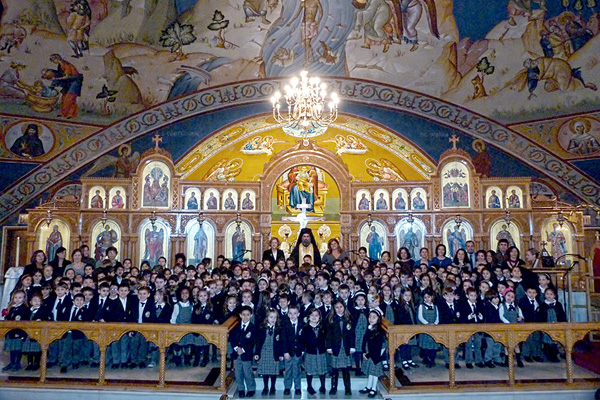 EDITOR’S NOTE (Nick Stamatakis): While many are – still today – fearful of the blackmails and the threats by the Andriotis – Koularmanis “gang”, a former student council president at St.Demetrios School in Astoria, sent to “Helleniscope” a written statement regarding his experience at the school when dealing with the “bully”, “sexist”, Koularmanis… Some of his jaw-dropping accusations, verified by other students (as you will see at the bottom…): “He would bring up my female classmates and the mothers of other students making inappropriate comments…”,  “Homophobic”, “brought up my sister’s relationship”,  “Stole money from students’ fundraising events on multiple occasions”(!), “discussed how he had a bad relationship with his wife” (!!)

The name of the student is available to the Archdiocese as they still (!!) consider whether to fire the “thug” Koularmanis or not, from his position as the Education Director… And whether they should tell the “godfather” Andriotis, (Koularmanis’ “adopted father” – as they both proudly declare on every occasion), to finally remove his disgusting claws from St.Dememtrios and let the parish pass to a new generation of leaders. Let there be no doubt: Andriotis had detailed knowledge and authorized most of Koularmanis’s wrongdoings… Or covered him after the fact and “blessed” his predatory acts….

The Archdiocese does not have many choices left: The office of the State AG will be soon involved and the Federal investigators, who are already performing “colinoscopy” at GOA, will soon arrive at St.Demetrios because of the multiple conflicts of interest with ALMA Bank and ALMA Realty…

BELOW YOU CAN READ THE FULL STATEMENT BY THE FORMER STUDENT COUNCIL PRESIDENT:

As a Senior Student

Below you can also see what another student, posted on a social media account…. Congratulations to the “thug” Koularmanis, to the “mafioso” Nick Andriotis, his “adopted father”, and to the Archdiocese who has him on its payroll!!… 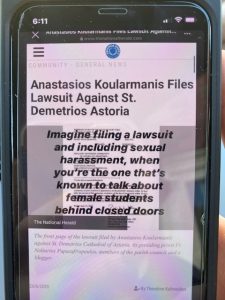 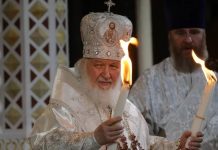 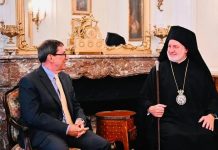