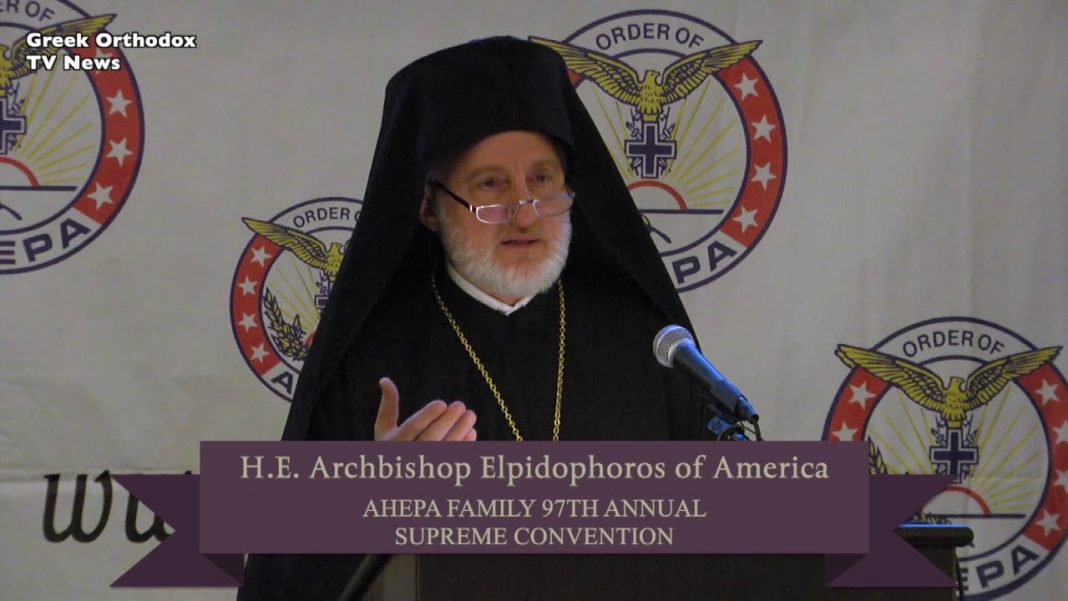 The Archdiocese is in chaos as Karloustos’s desperate moves backfire, undermining his already shaky position – and some are demanding his resignation. Did AB Elpidophoros have knowledge of Karloutsos’ moves? Whether he had or not he will not resign anytime soon… Is the possibility of a deal with the Feds investigating GOA behind the latest moves? Meanwhile, we have received information that the Priests have formed an “Orthodox Clergy Union”!! (More on this last issue tomorrow)

There are many aspects of the latest turmoil in GOA, caused by a letter sent by Karloutsos and published online on July 6-7 (You can read it here KARLOUTSOS’ LETTER AND ATTACHMENTS).  At first sight the letter appeared to be an unprecedented “power grab”, an attempt to sideline – through a retirement process – most Metropolitans of the Archdiocese.  It also included an effort to deal with a thorny issue, the priest’s pension plan, known to be underfunded by at least $50 million –  by simply unloading the burden from GOA!!  For years and years the parishes sent to GOA $650 a month to be attributed to the Priest’s Pension Plan – but all this money dissipated into “thin air” in the accounting chaos of the last 20 years!  As you will see at the bottom of this post, the blogger of “ConcernedOrthodoxChristians” demands real action after the latest episodes of the Greek tragedy at GOA: Somebody has to resign he suggests – and it will be either AB Elpidophoros or Karloutsos!!

From our point of view, to understand the situation one has to be in the shoes of the main “figure” in this drama, Karloutsos… Let’s not forget that he is the one affected personally from the Federal investigation in the GOA – he is the one who may even end up in jail!!.. If we pay close attention to the first attachment to Karloutsos letter, a resolution with emphasis on term limits for clergy and laity, submitted to the last Clergy-Laity Congress but not approved, we could understand the situation better… Why term limits? Why now after so many years?  I will only note that extreme abusers like Nick Andriotis of St.Demetrios in Astoria would not have been around if term limits were established and enforced 4 or 5 decades ago… And there are many like Andriotis in our parishes… But let’s get back to Karloutsos. What are the steps he took the last few months?

Finally, the real question upon us is the same one as 20 years ago: This Church has many problems but it also has a great potential, as it consists of many successful and educated faithful who are more than qualified to assume its governance.  This Church will NEVER achieve peace unless its governance returns to the Orthodox faithful of America who can easily convert it into a Panorthodox American Church! This Church cannot be reduced to a country club of “fat cats” loyal to Istanbul… The prefect storm hitting GOA now seems to have lead to a unity of Metropolitans, Clergy and Faithful with one common goal: LET THE CHURCH OF AMERICA GOVERN ITSELF…

The trust the faithful have towards the GOA leadership has significant eroded this past week, not to mention over the past few months. And now a difficult, but necessary choice needs to be made, and it needs to be made now before any more damage is done.

Someone needs to resign: Archbishop Elpidophoros or Father Alex Karloutsos.

Archbishop Elpidophoros has willingly accepted the responsibility to hold his subordinates and employees accountable for the actions they take under his leadership. So, when is His Eminence going to perform the responsibilities of his job and hold people accountable?

This week, when a letter written by Father Alex Karloutsos was published online that presented two official resolutions that would directly impact the future of our hierarchy, the faithful pondered many questions. Why is this letter not on the official letterhead of the Greek Orthodox Archdiocese? Did Father Alex write this letter through his official position as Vicar General, and if so, why wasn’t his title of Vicar General of the Archdiocese listed in the signature line?

But more importantly, what did Archbishop Elpidophoros know before this letter was sent? Did His Eminence give the blessings for Father Alex to send an official resolution to the Archdiocesan Administrative Committee, knowing that the proposed resolution addressed canonical matters that directly went against the practices of the Ecumenical Patriarchate? Or, did Father Alex submit these resolutions as a simple parish priest hoping to bypass the authority of Archbishop Elpidophoros and the Metropolitans?

Obviously, the Eparchial Synod immediately determined that Father Alex Karloutsos was wrong, but again, did Archbishop Elpidophoros give his consent and blessings for these official resolutions to proceed to committee?

There are two outcomes to consider:

1) If Archbishop Elpidophoros was not involved or included in any conversation prior to the letter being sent, then His Eminence has a responsibility to terminate Father Alex’s position from all leadership positions in the GOA, and retire him from active ministry immediately. The letter by Father Alex Karloutsos was an active attempt of a coup d’etat in the GOA to undermine its leadership. Father Alex cannot be trusted to continue working in the GOA.

2) However, if Archbishop Elpidophoros did know about these official resolutions, knowing that it violated the spirit of the Holy Canons and the practices of the Ecumenical Patriarchate, then His Eminence has demonstrated his incompetence as a leader, and is not adequately prepared to be the Archbishop of the Greek Orthodox Church in America let alone the future Ecumenical Patriarch.  In this case, His Eminence is not bringing hope to America because he was involved in the coup d’etat to push the Metropolitans out of America. His Eminence is complicate in attempting to violate the Holy Canons and should therefore immediately tender his resignation to the Ecumenical Patriarchate before any more spiritual damage is done under his leadership.

The faithful will no longer tolerate these ecclesiastical games to continue.

It is time for accountability in the GOA. Someone needs to resign immediately: Archbishop Elpidophoros or Father Alex Karloutsos.

If the Archbishop chooses not to take any action, it would likely be to his own downfall at Clergy-Laity.