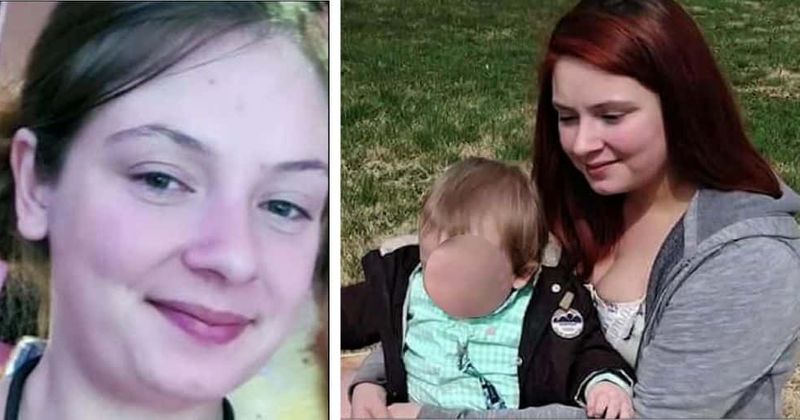 EDITOR’S NOTE: If you wonder why you haven’t heard this horrible news you should question the mainstream media you are watching… The thugs of Black Lives Matter proved their ugly face by killing a young mother after an argument whether “all lives matter or not”… You can be sure that the communists of BLM could not face anyone who disagreed with their hateful ideas – including among others the dissolution of the nuclear family… A 3-yr old son will grow up without a mother – and we can all imagine how tragic this is…. But there are many positive things to come out of Jessica’s sacrificial death: 1) We ALL should wake up and raise our collective voice against the thugs of BLM – so they know that they are a small minority… 2) We should punish the big corporations and the Democrat party who harbor these killers and support them lavishly… Our beautiful country will not fall victim to these criminals and their supporters!…

A young mother was shot and killed on July 5 following an argument over the Black Lives Matter movement, according to her family. Jessica Doty-Whitaker, 24, was with her fiancé, Jose Ramirez, and two other people near the downtown canal in Indianapolis, Indiana, in the early hours of Sunday, July 5, when their group entered into a dispute with another group over the use of a racial slur, according to Fox 59.

The dispute was eventually settled, Ramirez shared, but minutes later it turned fatal when someone from the other group fired shots, hitting Doty-Whitaker. Ramirez told WTHR, “I was actually holding her when it happened. She just fell. I turned around, and I opened fire too. But that’s just a reaction. I didn’t see nobody.” He said he doesn’t believe he hit anyone.

Doty-Whitaker leaves behind her 3-year-old son. She was 24 years old, a home health nurse who was set to return to school in August and marry Ramirez in a year, WTHR reported. The fatal shooting is still under investigation.

Ramirez told Fox 59 that they were walking near the canal when someone in his group used the N-word during a conversation, which led to a confrontation with a group of strangers, four men and a woman. Ramirez said that someone in the other group yelled “Black Lives Matter,” to which someone in his group answered, “All Lives Matter.” Ramirez did not confirm if Doty-Whitaker or someone else said it. Ramirez said the dispute ended when they realized that both groups were armed, bumped fists and walked away from each other.

He said that short minutes after, someone from the other group opened fire on them from a bridge and then fled the scene. “It was squashed and they went up the hill and left we thought, but they were sitting on St. Clair waiting for us to come under the bridge and that’s when [Doty-Whitaker] got shot.”

The shooting occurred on the 700 block of Canal Court just after 3:30 a.m. on Sunday, July 5, WTHR reported. When the Indianapolis Metropolitan Police Department arrived on the scene, they found Doty-Whitaker, who had injuries consistent with a gunshot wound. She was brought to the hospital in critical condition and later died of her wounds.

Ramirez told WTHR, “I’ll never probably ever get that image out of my head of what happened.” Doty-Whitaker’s mother, Arlena Doty, added, “I’m never going to get to hold her again. I just want the people who are responsible to be held accountable.” They said they’ll do everything they can to help Doty-Whitaker’s son remember his mother as he grows up.

The Indianapolis Police Are Investigating the Shooting, Which Is the Second Homicide Near the Canal in the Past Week

The IMPD is still looking into Doty-Whitaker’s shooting and no suspects have been publicly identified at this time. According to Fox 59, the department has asked the public for assistance. The outlet shared a video obtained by homicide detectives that shows there were a few people in the area at the time of the shooting. They are asking for anyone who was around the canal at that time to call the IMPD Homicide Office at 317-327-3475 or Crime Stoppers of Central Indiana at 317-262-8477 or (TIPS).