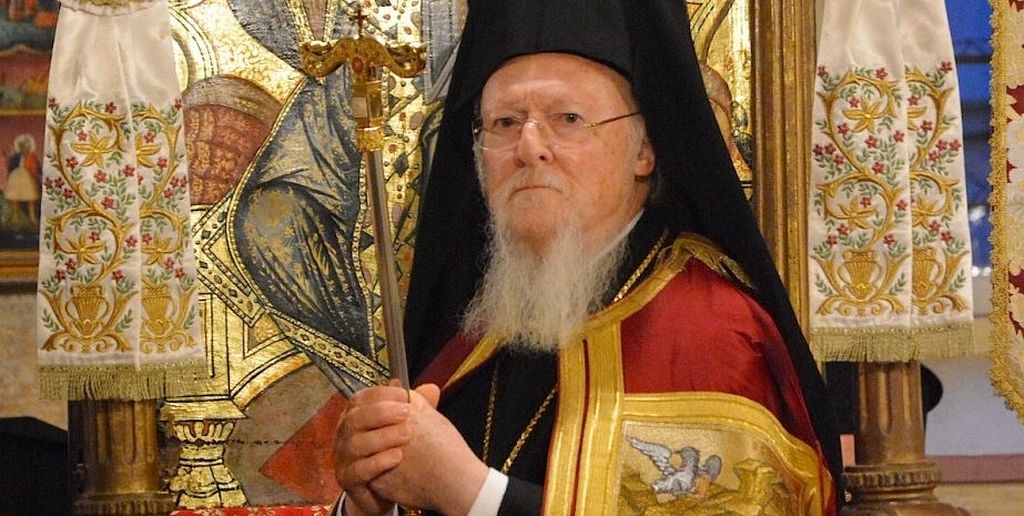 EDITOR’S NOTE (Nick Stamatakis): Today’s statement of the results of the Holy Synod of the Russian Orthodox Church make it very clear that the condemnation by all Christians of the change of Hagia Sophia into a mosque finds Orthodoxy with diminished power because of the lack of unity caused by the unreasonable actions of Patriarch Bartholomew in the Ukraine… Below you can read an analysis of Bartholomew’s mistake, including a statement by the Metropolitan of Piraeus Seraphim, stating the obvious: THE CHANGE OF HAGIA SOPHIA INTO A MOSQUE IS MORE A SIGN OF ORTHODOXY’S WEAKNESS THAN A SIGN OF TURKEY’S AUTHORITARIANISM…  It will take a very long time to reverse the damage Bartholomew caused to Orthodoxy…

On July 24, the Hagia Sophia will be open for prayer following the decree of Turkish President Recep Tayyip Erdogan turning this world heritage site and a symbolic christian site into a msoque. For a long time, the Erdogan government has been working to convert Turkey into a leading state in the Islamic world and soldify its influence in the territory of the collapsed Ottoman Empire. Therefore, the turning of Hagia Sophia into a mosque was a logical step from the Turkish leadership. In the event of the success of Turkish foreign policy adventures, the mosque will become a symbol of Erdogan’s Turkey.

Despite the international criticism, the move of the Erdogan government will not face any real resistance or punishing from other influential players. Regardless positions of the sides, this decision in fact did not really impact or threaten interests of any other regional or global power. In this case, the main affected side is the Ecumenical Patriarchy of Constantinople. Hagia Sophia was the patriarchal cathedral until 1453. Currently, the patriarchal cathedral is St. George’s Cathedral, but until recently the patriarchy was able to pretend that it has a kind of influence on the situation with Hagia Sophia as an important symbol of the Christian World. These claims were broken by the reality.

Furthermore, more and more voices address concerns that political games of Bartholomew I of Constantinople undermined the unity of the Orthodox community and led not only to destructive developments in eastern Europe, but also set conditions in which local Orthodox Churches were split and had no voice in the Hagia Sophia question. In previous years, Bartholomew I became a useful servant of the United States and provider of its policy in countries with strong Orthodox communities. Actions of the Ecumenical Patriarchy of Constantinople allowed the global elites to undermine the values of conservative societies of eastern Europe and set up pseudo-church organizations supporting the neo-liberal, globalist world order. These actions were especially clear in such countries as Montenegro and Ukraine and created a deep rift between the patriarchy and local churches that opposed such actions, including the Russian Orthodox Church.

In turn, Bartholomew I apparently believed that the United States will contribute efforts to keep him in power and allow the Ecumenical Patriarchy of Constantinople to expand its influence creating a kind of ‘Orthodox Papism’. This did not happen. On top of this, the position of the United States in the Middle East was recently weakened by both years of the back-and-forth diplomacy of previous administrations and the unwillingness of the current administration led by President Donald Trump to participate in conflicts and invest in regions where he sees no clear revenue for his country. Thus, the Ecumenical Patriarchy of Constantinople found itself without support from its main backer. As to the US Democratic Party and its presidential candidate Joe Biden, their public commitment to neo-liberal values is strong as it has never been. So, if Bartholomew I wants to rely on this very faction in the US elites, he will need to demonstrate his own commitment to this anti-conservative, pro-minorities, pro-LGBTQ stance. Thus, he will undermine the position of Constantinople among the more traditionalist part of the Orthodox World and further. This will likely lead to the situation when conservative Orthodox societies will have no other option but strengthen their ties with the Russian Orthodox Church, which is in the open conflict with Constantinople.

Bartholomew I made bet and lost, but his actions made a real damage to the Orthodox World. It may take years before negative consequences of his actions will be fully removed.