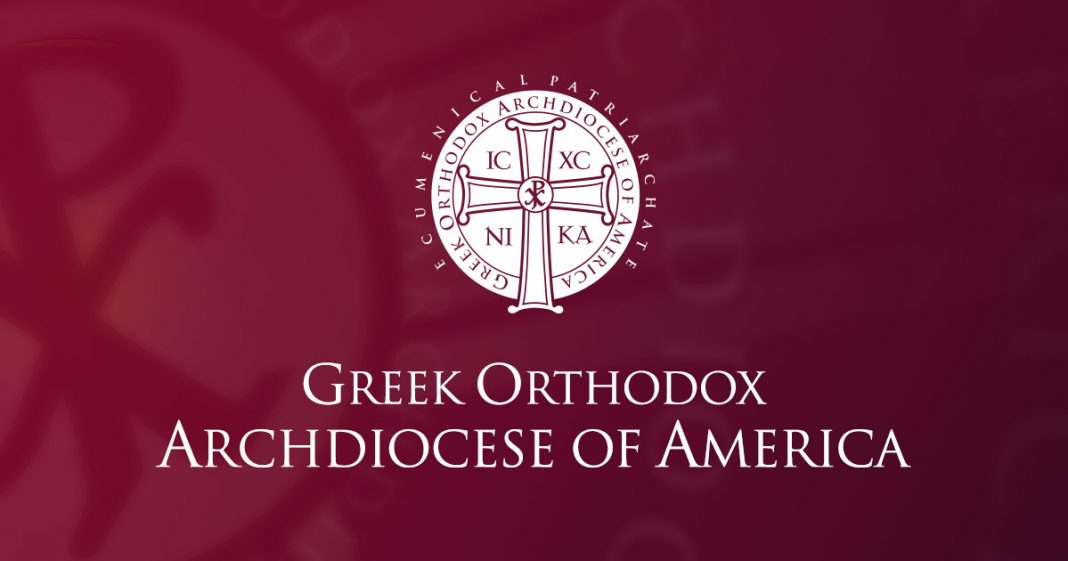 EDITOR’S NOTE:  Just when we were about to be convinced (…not quite) that the Archdiocese is on the road to financial stability yesterday we received multiple emails about the new announcement that GOA will proceed to furlough several employees… Many questions arose – analyzed thoroughly by our colleague at “concernedorthodoxchristians”...

Multiple employees working at the Greek Orthodox Archdiocese of America were sent an official notice that they will be subjected to a furlough beginning on August 1st, 2020.

In an internal document that is circulating among the employees of the GOA, the Archdiocese went on record stating COVID-19 has had a detrimental impact to the finances of the GOA, despite recently receiving millions of dollars from the Paycheck Protection Program.

“The financial consequences to certain of our parishes have been particularly significant, causing a decline in revenues from the Total Commitment program which, in turn, reduces the operating funds of the Archdiocese,” said the Archdiocese in a written statement that has failed to be released to the public in a transparent manner.

The Archdiocese further stated, “Unfortunately, the uncertainty associated with Total Commitment revenues as the pandemic enters its sixth month has forced the Archdiocese to make the difficult decision to reduce its employment costs through a furlough program.”

Wait, what? If we are to believe everything that Elaine Allen, Lou Kircos, and Michael Psaros say about the finances of the GOA, then there should be nothing to worry about.

How did everything go from being fine to furloughing employees?

According to a public statement issued not too long ago on July 1st by the GOA, the Archdiocesan Finance Committee Chair Lou Kircos stated in his report to the Archdiocesan Council that there will be an increase in the Total Commitment program next year with the extra funds being used to support the transition of the new Clergy Pension program. Obviously Lou Kircos wasn’t worried three weeks ago about the Total Commitment revenue.

But how is this going to be possible now?

Did the Finance Chair not realize less than 3 weeks ago that GOA employees were about to be furloughed? Or did Elaine Allen not tell him about that detail? How can the Finance Committee Chairman continue in good faith to advocate for increasing the 2021 assessment on our parishes knowing that Total Commitment program is currently struggling to bring in any revenue?

This is quite a dramatic course correction to occur since the Archdiocesan Council meeting three weeks ago.

In addition to parishes struggling to receive their own revenue, many employees at the Archdiocese believe that parishes are not contributing to the Total Commitment program because of their lack of confidence in the leadership of Archbishop Elpidophoros.

And no one can blame the parishes for having that point of view. Archbishop Elpidophoros did not bring hope to the GOA. His Eminence made a lot of bad decision over the past year and the people will not support leaders who make terrible decisions.

This latest example explains why Archbishop Elpidophoros is a bad leader. Out of all the reductions that could have been made to the Archdiocesan budget, why did His Eminence begin with the employees? Without employees there is no ministry happening. With no ministry there is no Church.

The employees should have been the last option to be considered when making reductions to the budget. Why couldn’t the Finance Committee reduce our contributions to Ecumenical Patriarchate first before cutting the salaries to our employees?

But a more significant question to ask is why weren’t our spiritual fathers and Metropolitans not issued a furlough as well? It is not like most of them are actively serving Divine Liturgy anywhere or offering any direct ministry to the faithful. There is nothing in the Holy Canons requiring them to receive a compensation for their service to the Church. They can certainly remain Metropolitans and not get paid.

Why do our Metropolitans need to be collecting approximately $10,000 a month as celibates as GOA employees are being furloughed? They likely all have a substantial amount in their savings accounts that they can rely on for the next few months without burdening the parishes to pay them. Cutting back on the Metropolitans would save close to $1 million dollars alone.

The Archbishop certainly does not need a salary when everything is paid for him.

As we prepare for the Virtual Clergy-Laity in less than 2 months, this latest course of action proves that there should be NO INCREASE in the Total Commitment program.

Lou Kircos and Elaine Allen have lost all credibility. They should resign before Clergy-Laity.

The GOA has no time frame on when they will be able to hire back the furloughed employees.