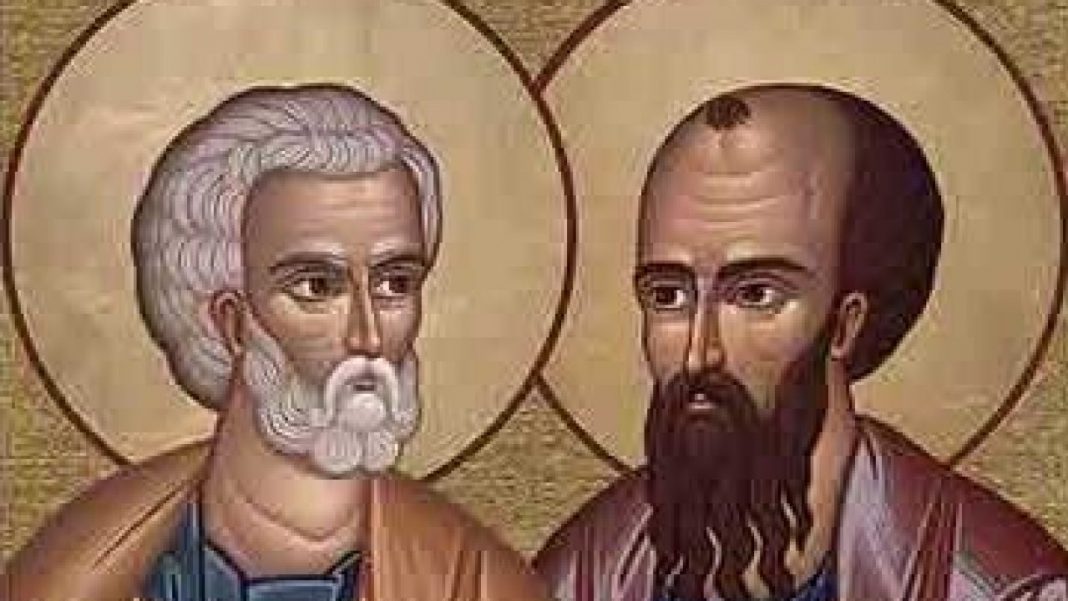 When comical images of Mohammed were featured in Danish and French newspapers, the Muslin humanity exploded with anger and violence.  So, when Turkish President Mr. Recep Erdogan issued an unprecedented decree re-declaring the historic Hagia Sophia Cathedral into a mosque, where were the protests, the massive demonstrations, the outrage?

If Hagia Sophia is so important to our faith, considered one of the holiest spiritual symbols in our devotional arsenal than, why weren’t any vociferous, angry and anguished Orthodox constituents protesting at the Turkish Embassy, Consulate offices, and Turkish schools around the country?

You brethren Orthodox know the answer.  Our revered Archbishop Elpidophoros, a Turkish citizen is slated to be the next Patriarch, so how would it look if he led or fostered demonstrations in this re-capturing by anschluss St. Sophia and his probability of becoming Patriarch?

One cannot serve two masters.  The Greek Orthodox response were some “naughty, naughty” remarks by our hierarchy, media news and some editorials.  Was their thought that these supplications would induce President Trump, the State Department, the EU or even God would step in and save Hagia Sophia?

My mind, stupid mind, pictured the Patriarch would stand firm at the doors of Hagia Sophia and shout out, OXI, once was enough, twice is against God!  And with his cadre of priests, bishops and faithful sing out E Permacho!

It took 400 years of Turkish occupation of Greece before that country was able to establish its freedom.  Now is this the model that the Patriarchate is following?

Don’t you realize dear Orthodox that we are self-strangling our beautiful faith.  Are we waiting for God to save us?  At this point in time, He is laughing at how mindless we are at how we are in the manner we conduct our spiritual and social economic affairs.

How many whacks and slams do we Orthodox have to endure before we get the message?

Just think of all the friendly and peaceful places where our Patriarch could reside where upon he can say, think of the issues concerning our faith in complete freedom all the while advancing our faith in a place like Switzerland where most of his pronouncements would-be front-page news.

Today ours is not an aggressive church reminiscent of our earlier days when we had the likes of Sts. Peter and Paul, the Apostles and the determined faithful who left family and friends to follow Jesus and who following His death by crucifixion stridently determined to carry on until and after Christianity was declared a lawful and welcomed religion.

It’s certainly past the time that Orthodox must consider having an alternate location for the Patriarchate which would alleviate the desecration, the debasement and the humiliation of our church that we faithful have endured for a long time.  Perhaps the establishment of an ancillary location, may be in Switzerland where our Patriarch could reside for six months, and the other six months in Constantinople.  This provocative thought has been presented several years past but demands that it be considered urgently!

How many punches to our faith are we Greek Orthodox required to take before we seek a remedy?

On another important note, if you look around, other than our laborious clergy, one sees a plethora of Bishops mostly over 75, drawing bountiful pay, generally in very comfortable surrounds and producing ZERO in the advancement of our faith.

Those old men Bishops of the Synod of Bishops voted down Fr. Alex Karloutsos’ submitted petition to inaugurate a retirement age for clergy.  So, there we go.  We have a church ruled by an antiquated hierarchy, guided by obsolete rules and customs all kept in force to preclude any changes at all.

It’s no wonder that we are losing faithful.  Yes, so are other religions, but I don’t regard them as my concern, my concern and devotion is with Greek Orthodoxy.