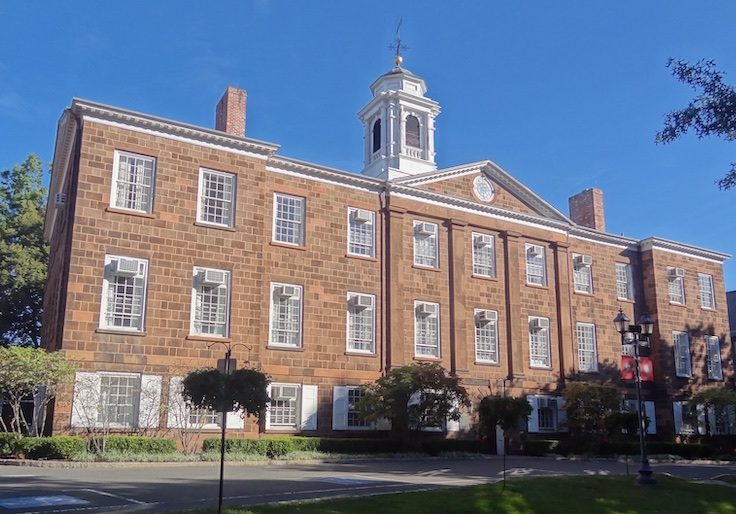 EDITOR’S NOTE (Nick Stamatakis): If anyone had any doubt where the Democrat party is leading the country this is the sound proof:  Rutgers University, a public college, will start introducing “critical grammar”.  What does critical grammar mean? As someone with a strong background in socio-linguistics I can tell you that it means the “equivalency” of formal grammar with the street tongue.  In other words, formal or proper grammar will not be considered necessary… Even worse, it will be considered a sign of “white supremacy”!… Why? Because this is how the “whites” talk and write…

Worst of all, the black kids are the ones who will pay the heaviest price if this policy is in anyway established…

Welcome to the brave new world of Sanders, AOC and Biden… They – and mostly their friends in academia – use and abuse the word “critical”: if you see this word in any academic or political headline you can be sure the you are dealing with the atrocious ideology of the new left..

The English department at a public university declared that proper English grammar is racist.

Rutgers University’s English department will change its standards of English instruction in an effort to “stand with and respond” to the Black Lives Matter movement. In an email written by department chairwoman Rebecca Walkowitz, the Graduate Writing Program will emphasize “social justice” and “critical grammar.”

Walkowitz said the department would respond to recent events with “workshops on social justice and writing,” “increasing focus on graduate student life,” and “incorporating ‘critical grammar’ into our pedagogy.” The “critical grammar” approach challenges the standard academic form of the English language in favor of a more inclusive writing experience. The curriculum puts an emphasis on the variability of the English language instead of accuracy.

“This approach challenges the familiar dogma that writing instruction should limit emphasis on grammar/sentence-level issues so as to not put students from multilingual, non-standard ‘academic’ English backgrounds at a disadvantage,” Walkowitz said. “Instead, it encourages students to develop a critical awareness of the variety of choices available to them [with] regard to micro-level issues in order to empower them and equip them to push against biases based on ‘written’ accents.”

Additionally, the department said it will provide more reading to upper-level writing classes on the subjects of racism, sexism, homophobia, and related forms of “systemic discrimination.”

“The idea that expecting a student to write in grammatically correct sentences is indicative of racial bias is asinine,” Johnson told the Washington Free Beacon. “It’s like these people believe that being non-white is an inherent handicap or learning disability…. That’s racism. It has become very clear to me that those who claim to be ‘anti-racist’ are often the most racist people in this country.”

Rutgers’s new anti-racist language standard comes alongside a litany of changes at other universities. Princeton University’s board of trustees voted to remove Woodrow Wilson’s name from its public policy school and one of its residential colleges to denounce the former president’s “racist thinking and policies.” The James Madison residential college at Michigan State University is considering making a similar change. Activists at the University of Pittsburgh have called for the firing of any employee deemed racist or discriminatory by students, and the school said it will give the demands “serious consideration.”

The Rutgers English department created a Committee on Bias Awareness and Prevention in 2012. In light of Black Lives Matter protests, the school has moved past bias awareness and prevention and into a focus on “decolonization.” Walkowitz’s email talks of “decolonizing the writing center.” The department offers a specific internship titled “Decolonizing the Writing Center” to “make the writing centers more linguistically diverse.”

The university and Walkowitz did not respond to requests for comment.