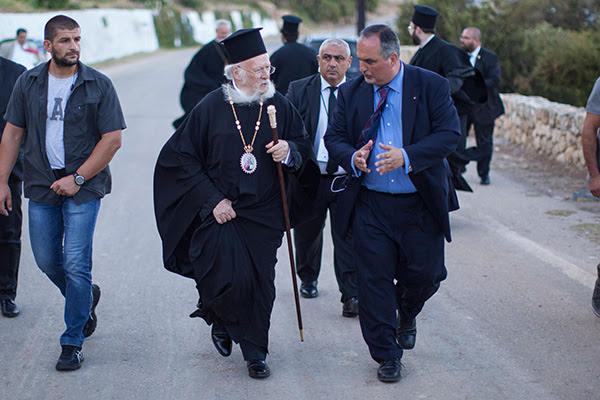 EDITOR’S NOTE (Nick Stamatakis): The Karloutsos Family never ceases to amaze us with their bottomless arrogance… It was just last January when Mike (a.k.a “Fredo”) Karloutsos and his mother (presvytera Xanthi) were finally removed from GOA payroll (costing between the two of them for salaries, benefits and credit card use, etc. an estimated “cool $1 mil” annually!!)… But it seems that this money was just “peanuts” for Mike who allegedly had other “investments” in the works… This new alleged scheme was devised just a little while after “he and Dad” had organized the notorious for its failures “Panorthodox Synod” of Crete in 2016… With this kind of “associates” Patriarch Bartholomew is surely heading for the cliff… One thing is for sure: He can forget FOREVER the Church of America!!

TO BE CONTINUOUSLY UPDATED WITH EVIDENCE AND MORE INFORMATION…

SHOULD WE NOTE HERE THAT THE LAWSUIT WAS FILED WITH THE SOUTHERN DISTRICT OF NEW YORK, THE SAME UNIT RESPONSIBLE FOR THE FEDERAL INVESTIGATION INTO GOA AND THE RE-BUILDING OF ST. NICHOLAS AT GROUND ZERO?

As we can see on page 33 of the lawsuit (above), one of the defendants, Onoufriadis, converted and misappropriated through international diversion at least $1,923,000 out of One World to himself to purchase a luxury Boston Waterfront Condo as his personal residence… Here is the deed – No mortgage!

In case you are wondering how much is Mike Karloutsos’ house worth here it is: 1,500,000!! Some of us, a few, the lucky ones, work a whole life, after having invested untold amount of hours and money in education, in order to achieve the privilege of living in such a house and such a neighborhood…. But Mike “Fredo” Karloutsos had a better way to get there… On the back of his Dad, who was riding the Church that many generations of Greek Americans built... Here is Mike’s house in McLean, Virginia….

In paragraphs 170-180 of the above lawsuit you can see in detail how allegedly Mike Karloutsos purchased in 2018 the Virginia home… Also you can get a glimpse into his failed Waterwoks restaurant in Philadelphia, a very suspicious story possibly hiding many other wrongdoings of the Karloutsos family…

WHAT’S THE REAL STORY WITH THE WATER WORKS RESTAURANT IN PHILLY?  Mike’s brother-in-law Leonidas Agorastos served a 33-month jail sentence when he pleaded guilty to stealing hundreds of thousands of dollars by inflating the restaurant’s bills… All indications are that Mike was also guilty… Did Leonidas take the hit to save the Karloutsos name? What a real mafia family!…

You can read the whole story by clicking here…

FUNNY FACTOID: MIKE KARLOUTSOS IS A RECENT GRADUATE OF THE “PRESTIGIOUS” FBI CITIZENS ACADEMY…  Now let’s hope the FBI will finish investigating “him and Dad”…

More about the citizens academy here….

And some interesting news: Is ICE training citizens academy members to arrest illegal aliens? Maybe these law enforcement “academies” should train them to arrest their own members if the allegations against them are true….

WHO IS PLAINTIFF GABRIEL CHALEPLIS? Is he a leader in the world of betting and gaming? Please follow the link here…

Law360 (July 29, 2020, 5:50 PM EDT) — A U.K. businessman has accused a former high-level official in President Donald Trump’s State Department and his associates of stealing nearly $10 million from him in a Greek medical marijuana scam. Michael Karloutsos, who served as the State Department’s deputy chief of protocol for four months in 2017, and two others allegedly funneled cash for a phony pot business through Greek shell companies and spent it on 7/30/2020 Ex-State Dept. Official Sued Over Alleged Greek Pot Scam – Law360  (https://www.law360.com/newyork/articles/1296114/ex-state-dept-official-sued-over-alleged-greek-pot-scam 3/7) lavish personal expenses, including townhomes, boats and exotic cars, according to investor Gabriel Chaleplis’ complaint Monday in Manhattan federal court.

Chaleplis said he tapped Boston-area consultant Nikolaos Onoufriadis and Philadelphia attorney James M. Rodgers to run his U.S. investment vehicle One World LLC. Karloutsos didn’t join the venture on paper but advised it “silently” because his upcoming State Department job would have presented conflicts, according to the complaint. Onoufriadis served as One World’s manager and Rodgers as its chief legal officer, the suit says.
Chaleplis alleged that the three men conspired to transfer millions from One World to various Greek entities, telling Chaleplis that the money was being used to set up a vertically integrated cannabis company in Greece.

“Rather than pursue American investments on One World’s behalf, Onoufriadis inexplicably and without any rational, reasonable and/or prudent basis made bizarre and yet-to-be-explained transfers characterized as purported ‘loans’ to foreign companies and unidentified individuals he then used to misappropriate plaintiffs’ funds,” Chaleplis said.
The suit advances 15 counts, including conversion, conspiracy and violations of the Racketeer Influenced and Corrupt Organizations Act. It also seeks the title to Onoufriadis’ $1.9 million condo, allegedly bought with One World funds.

Karloutsos, Onoufriadis and Rodgers did not respond to requests for comment.
Chaleplis first linked up with Onoufriadis in 2017, according to the complaint. Chaleplis said Onoufriadis lied about his business experience and connections, touting a close relationship with a Greek billionaire and his software company, Intrasoft International. Onoufriadis brought in Karloutsos, who boasted of extensive social and political connections in the U.S. and Greece as well as his father’s position within the Greek Orthodox Church, according to the complaint.

Karloutsos in turn recommended Rodgers handle the legal end of Chaleplis’ investments, the suit says. After a series of meetings in Greece, Manhattan and Las Vegas, Chaleplis set up One World and installed Onoufriadis and Rodgers as its leaders, though he said they were merely front men for Karloutsos, who had profit-sharing “side agreements” with them to avoid raising red flags within the State Department. Karloutsos was briefly the No. 2 at the State Department’s protocol office, which coordinates diplomatic events for the president and other high-ranking officials and handles visits by foreign dignitaries, among other duties. He left the State Department after four months in November 2017, an agency spokesman confirmed.

Karloutsos continued to hunt for investment opportunities for One World after his departure from the State Department, according to the complaint. On his advice, Chaleplis transferred nearly $10 million to the fund from November 2017 to July 2019.
Karloutsos, Onoufriadis and Rodgers pitched Chaleplis on starting a Greek medical marijuana company in March 2018, according to the complaint. The plan was to be a first-mover in the country by spending millions on licenses, production facilities and government lobbying, and the three men presented Chaleplis with a multimillion-dollar budget to that effect, the suit says. Instead, the men used One World bank accounts they controlled to wire payments to Greek shell corporations, including one known as Conmave, which was ostensibly controlled by Onoufriadis’ brother. Those June 2018 transfers were backed by a phony Conmave promissory note, according to the complaint. The three men “immediately absconded and converted plaintiffs’ €4,000,000 from the Conmave bank account(s)
for their own personal use, lifestyles and their unrelated business interests and companies in Greece,” according to the complaint. That included exotic cars, boats, lavish new homes and Onoufriadis’ wedding, the suit says.

Chaleplis said some of the funds may have also gone to Canncore, a U.S. company and alleged alter-ego of Onoufriadis that is also named in the suit. Chaleplis said Canncore has “no actual business operations, no employees, no products, no services, no revenues, no capital, no insurance coverage, and cannot possibly sell Greek medical cannabis products in the United States or anywhere outside of Greece.” Canncore owns 15 acres of cannabis cultivation space in Greece, according to its website, which also touts the company’s “direct access to highways” and “ample groundwater.” Canncore did not respond to a request for comment. Chaleplis said he sought to recover the funds in April but was “stonewalled” after he asked Onoufriadis for information about the funds and sent him demand letters, according to the complaint.

Chaleplis is represented by Bob Kasolas of Brach Eichler LLC. Counsel information for the defendants was not available Wednesday. The case is One World LLC et al v. Onoufriadis et al., case number 1:20-cv-05802 in U.S. District Court for the
Southern District of New York.
–Editing by Steven Edelstone 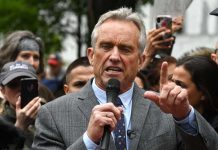 What In Hell Happened? On the Book of Robert F. Kennedy Jr. 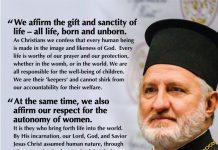 Standing For Our Faith and the Unborn 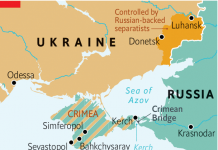