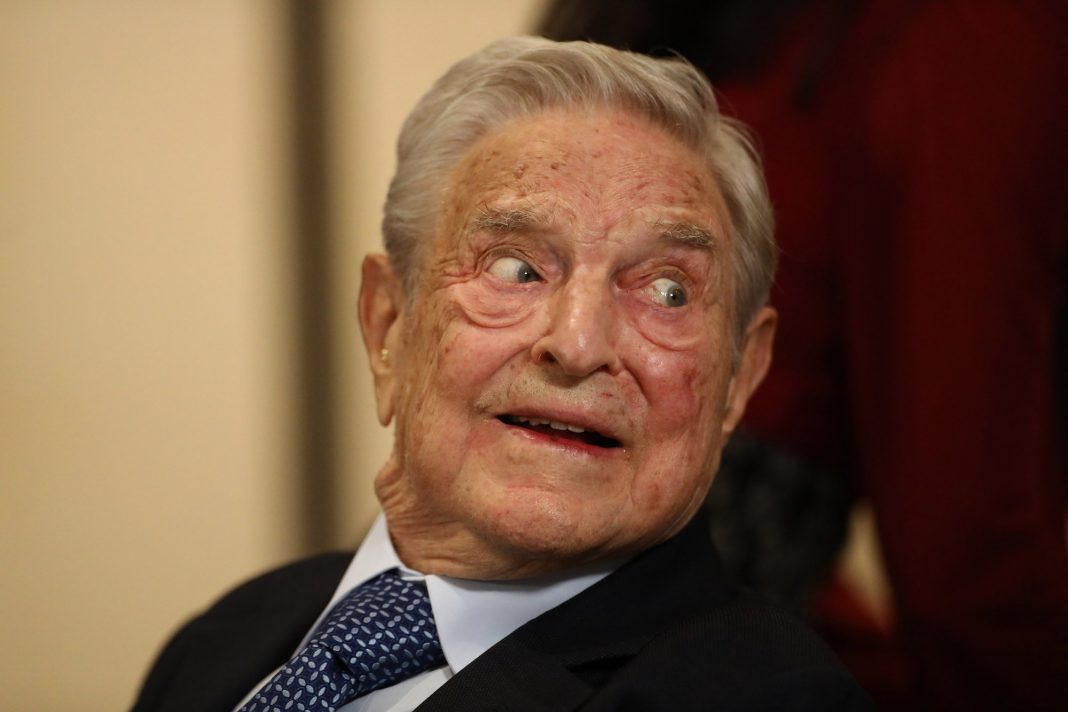 By Alex Aliferis
There is an e-mail that connects the Greek American Democrat establishment elites and George Soros. Julian Assange and others have done a great job in exposing the Globalist elites worldwide with WikiLeaks. John Podesta is a central figure in the Greek American Democrat Establishment Elite. Yet, an e-mail appears between Eleni Kounalaki Tsakopoulos, and John Podesta. The e-mail describes attending the birthday party for George Soros.
Eleni is a Democrat Lt. Governor of California. Under the Obama regime, she was a US Ambassador to Hungary. Wealthy people buy the ambassadorships due to their one million plus campaign donations and connections. Angelo helped his daughter by buying these positions with Democrat party connections. A wealthy developer, Philip Angelides, became California State Treasurer from 1998 to 2006. Angelo set up Philip in real estate and helped him gain power in California. Angelo tried to elect Phil as Governor of California, but was defeated by Arnold Schwarzenegger in 2006. Angelo was the national chair of Greek Americans for Bill Clinton in 1992 and 1996.
It is important for everyone to learn about the influence of the Angelo Tsakopoulos family in Democrat party politics.  In the 1990s, Kosta Simitis, Bill Clinton, and George Papandreou stayed at Angelo’s mansion in Sacramento, CA. They were huge Hilary Clinton supporters in 2008 and 2016. Hilary and Bill Clinton stayed at their house. In the late 1990s, and early 2000s, he funded a think tank called the Western Policy Center which later merged to the Wilson Center for Southeast Europe studies. For a short term, it was headed by John Sitilides. Sitilides held Deep State connections. He was funded by the Tsakopoulos clan. In the early 2000s, they were connected with ELIAMEP.
The Hellenic Foundation for European and Foreign Policy (ELIAMEP) hosts the Information Center “Europe Direct ELIAMEP“, which is part of a pan-European network in order to bring EU closer to citizens by providing them multifaceted and in-depth information on any European issue that may be of interest to them. ELIAMEP is a deep state outfit connected to the Washington DC State Department. They never held pro-Greece views.
It shows how George Soros is connected and controls the Greek American Democrat Establishment Elite with this e-mail. As a note, Soros is personal buddies with New York City hedge fund manager Stylianos Zavvos. Zavvos received an award by AHI in 2005. In 2009, National Herald reported how Soros held a meeting in Athens, Greece with Zavvos, Kyriacos Mitsotakis, Alexi Tsipras, and all the Greek Globalist elites. Soros baptized Stylianos Zavvos’ daughter in 2009, altough it is known that he is a not an Orthodox Christian. Why was Soros baptizing Zavvos’ daughter?
Soros is an atheist Globalist. He is a Hungarian Jew who does not practice Judaism. Soros was a Nazi Collaborator in Hungary during WWII. Under Hungarian Prime Minister Victor Orban, George Soros, and his Open Society Foundation were “persona non grata” and were expelled from Hungary. Conservative Republican Jews dislike George Soros. If Soros sets foot in Russia or Hungary, he will be arrested for treason. Soros is funding the current coup and destabilization campaign against President Trump in an illegal coup/resurrection with Deep State forces.
It is fortunate that President Trump has 100% support of all US local police departments, the US military, and patriots (battling Deep State forces inside government agencies). The New York City Police Department back Trump 100%. Soon, President Trump and the DOJ will have an arrest warrant on George Soros for treason. Did Soros and Greek Globalist, Soros-connected elites, conduct an illegal destabilization in Greece against Kostas Karamanlis in 2007-2009?
The e-mail that reveals connections between John Podesta, Eleni Kounalaki Tsakopoulos, and George Soros….
Podesta E-mail:
https://wikileaks.org/podesta-emails/emailid/51442
From:kounalakiset@gmail.com
To: podesta@law.georgetown.edu, john.podesta@gmail.com
CC: Jake.Sullivan@gmail.com
Date: 2015-09-17 17:09 Subject: NYC
John – I’m in DC coming to NY tomorrow. Markos and I are going to George Soros’s birthday event on Saturday. I know there have been a few… Are you coming to this one? Eleni
Ambassador Eleni T. Kounalakis
Sent from my iPhone
Alex Aliferis has worked in Washington D.C. on issues linked to Greece, and Cyprus.
AHI Gives Award to George Soros buddy, Stylianos Zavvos.
https://www.greeknewsonline.com/ahis-30th-anniversary-hellenic-heritage-achievement-awards-dinner/
Is Alexis Tsipras a Soros Funded Puppet?
https://sariblog.eu/is-alexis-tsipras-a-soros-funded-puppet/
Nov 2009 National Herald Article on Stylianos Zavvos Daughter Baptism and the Visit of George Soros
https://www.thenationalherald.com/wp-content/uploads/2013/11/632.pdf
Background of Tsakopoulos Clan and George Demos in New York….
https://freebeacon.com/politics/republican-candidate-for-ny-seat-tied-to-major-democratic-donors/