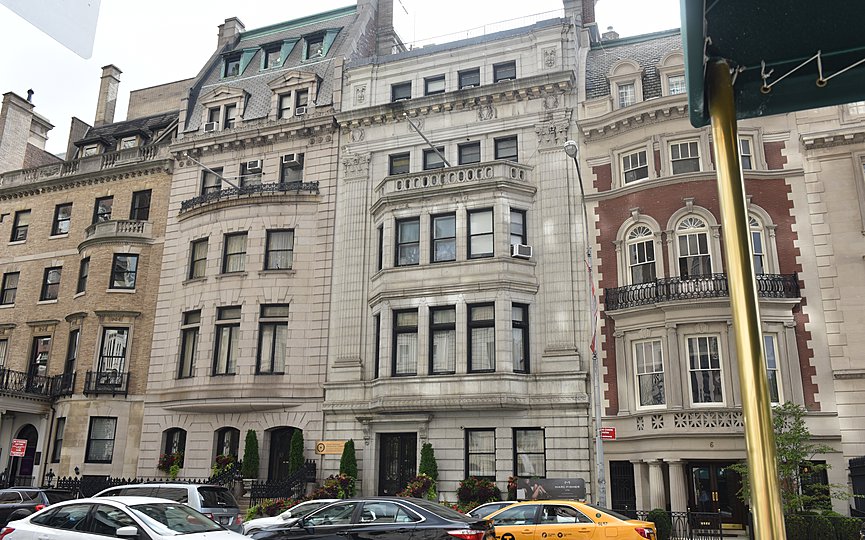 UPDATE AUGUST 7, 7.00 PM: Mr. Lambros Lambrou during a telephone conversation clarified that he has no personal connection to anyone in the leadership of GOA. He explained in no uncertain terms that he has proceeded to the lawsuits out of sympathy for the allegedly victimized former students. He also was kind enough to explain to us that he grew up in the community of St.Demetrios of Jamaica and he has, to a certain degree, personal knowledge of some persons there, including being acquainted with some of the plaintiffs, former students of the School.

For a few moments I really wondered why TNH “rushed” to publish this afternoon the “five” sexual abuse lawsuits against Lawrence Svrcek, St.Demetrios Parish of Jamaica, NY and GOA.  Then, as I started looking into the case, it was clear that TNH was either sloppy as usual, or likely attempting pre-emptively to reduce the huge impact of the twelve (yes, 12!!) lawsuits we have discovered so far – with many more to come…

Just a few days after the pompous ceremonial re-start of St.Nicholas at Ground Zero, a real desecration of the saint’s name and memory, the “St.Nicholas Curse” has hit the GOA as hard as it could possibly do: A Greek-Cypriot owned Law firm of Manhattan, Lambrou Law Firm, (owned by Lambros Lambrou) announced that they have filed five (they became six a few hours ago) complaints regarding sexual abuse in the School of St.Demetrios of Jamaica.  Another lawyer, Mr. Georgiou has filed one and a third Law Firm, Siegle & Sims has filed another five!!  A total of twelve lawsuits have been filed so far!…

Specifically, the complaints are against a former vice principal, Lawrence Svrcek, for alleged sexual abuse of students in the 1970s, 80s and even 90s. “We believe that these five cases are only the tip of the iceberg and that there could be dozens more”, ends the press release by the Lambros Law Firm. GOA responded that they have received the complaints and they reserve their right to respond.

The questions that require answers are momentous:

1) Does GOA and/or the parish have insurance against such sexual abuse lawsuits? Is it up to date?

2) If they do not have such insurance then we are looking at a catastrophic situation, whereby only the sale of church property will satisfy the onslaught of lawsuits.  As a matter of fact, we are receiving fresh information that GOA has already actively started the process of elimination of “dying parishes” which happen to be located in very valuable places (especially in NYC) and the swift sale of their properties…

3) Do they realize in GOA that by using funds from Leadership 100 and Faith initiative to rebuild St.Nicholas they have opened the road for the “legal sharks” to attack these “Funds” for all the investments they possess?  Do they realize that this will easily lead to the liquidation of these funds – which were specifically established by AB Iakovos and AB Demetrios as separate entities so to remain untouched and support the Church’s ministries to eternity? Congrats to Karloutsos for opening the road to ruining them!…

4) The involvement of Greek American Lawyers in this case (and Lambrou in particular) needs a closer examination.  What are their connections to the leadership of GOA? What other goals their lawsuits may serve? We will come back to this question at a later point, but it strikes us as a strange “coincidence”…

BELOW YOU CAN READ THE 12 FILED COMPLAINTS WE HAVE DISCOVERED SO FAR: (The initials in front of each case represent one student of the St.Demetrios Jamaica, School – who according to Law have the right to remain anonymous).

TO BE CONTINUOUSLY UPDATED  WITH OTHER FILED DOCUMENTS AND FACTS

BELOW THE PRESS RELEASE BY THE LAMBROU LAW FIRM 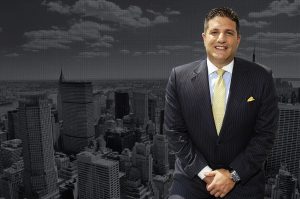 The Lambrou Law Firm, based in New York, has filed five lawsuits against the Greek Orthodox Archdiocese, St. Demetrios Church of Jamaica, and a former Vice Principal Lawrence Svrcek concerning allegations of sexual abuse at Saint Demetrios Jamaica Day School and Iakovos High School in the 1970s, 80s and 90’s. Monetary damages are being sought for five former students

In five (5) lawsuits, recently filed by the LAMBROU LAW FIRM PC, monetary damages are sought for the sexual abuse of 5 past students. The lawsuits, which name THE GREEK ARCHDIOCESES, THE SAINT DEMETRIOS SCHOOL AND LAWRENCE SVRCEK.

Former Vice Principal LAWRENCE SVRCEK, sexual abuse that spanned years. The lawsuits allege that defendant SVRCEK, a gym teacher, counselor and later promoted, despite numerous complaints about him by parents, to Vice Principal had a propensity to sexual abuse students and in fact sexually abused children at the Church school.

In the five lawsuits filed it is further alleged that SVRCEK, over the course of years, repeatedly sexually abused several students all the while getting promoted by the School to higher positions of authority. It is also alleged that the School and the GREEK ARCHDIOCESE turned a blind eye to the conduct although they knew it was going on because of various complaints. They did nothing about it.

“Our investigation has revealed that this sexual abuse took place in the 70’s, 80’s and perhaps the 90’s,” states Lead Attorney, LAMBROS LAMBROU. “We believe that these five cases are only the tip of the Iceberg and that there could be dozens more.”

BELOW YOU CAN SEE A RELEVANT STORY PUBLISHED BY A QUEENS WEBSITE (queenseagle.com) ON JUNE 11, 2020 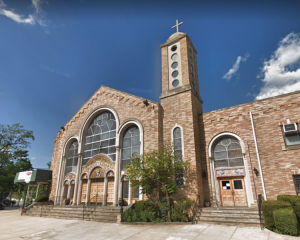 A former scoutmaster and teacher at a Greek Orthodox school in Jamaica has now been sued twice for sexually abusing kids in the 1970s and 80s.

The latest complaint, filed Tuesday in Queens Supreme Court, accuses former St. Demetrios Jamaica Day School teacher Lawrence Svrcek of “sexually assaulting, abusing and molesting” a student throughout 1978 and 1979. The plaintiff was in seventh grade when the abuse occurred, according to his attorney, Eric Siegle.

Svrcek has been sued at least one other time under the Child Victims Act, a 2019 law that enables survivors of childhood sexual abuse to file civil complaints against their abusers and the institutions that enabled them regardless of when the abuse occurred.

The plaintiff, identified as C.R. in court papers, also named St. Demetrios Greek Orthodox Church, located at 84-35 152nd St., and the Greek Orthodox Archdiocese of America in the complaint, claiming the two institutions did nothing to stop the abuse against C.R. and other children.

St. Demetrios Greek Orthodox Church “was aware of allegations of sexual misconduct by Svrcek against students at the Jamaica Day School and/or other places, [but] took no action,” the lawsuit claims.

When contacted by phone, office staff at the church and archdiocese said they would forward requests for comment to their superiors. Neither provided a response for this story.

Siegle said C.R. decided to break years of silence and come forward after learning about the CVA and the earlier complaint filed against Svrcek.

“It’s taken a long number of years to realize what transpired, and for him not to be ashamed and embarrassed by it and to have the fortitude to come forward and seek treatment,” Siegle said.

The first lawsuit against Svrcek and St. Demetrios was filed in October 2019 and also names the Boy Scouts of America as a defendant. The plaintiff, identified as N.R., claims Svrcek molested him from 1977 to 1982 when Svrcek was a scoutmaster and a science and gym teacher at the Jamaica school.

Svrcek molested the plaintiff in his office and on numerous camping trips, sometimes after giving the child alcohol, the complaint states.

That lawsuit claims that St. Demetrios church continued to employ Svrcek even after N.P. told officials about the sexual abuse. Svrcek was removed as a scoutmaster, the complaint states.

“Rather than taking steps to prevent Lawrence Svrcek from sexually assaulting children, including removing him from a position of trust and confidence with, authority over, young boys, the Supervisory Defendants instead turned a blind eye while Lawrence Svrcek repeatedly molested N.P. over a five period,” the complaint continues.

The attorney representing Svrcek did not respond to an email seeking comment for this story.

After a two-month suspension due to COVID-19, new CVA filings resumed May 25. At least four CVA lawsuits have since been filed in Queens, according to the Office of Court Administration’s most recent report. Another 62 were filed in Brooklyn, 21 in Manhattan and 11 in the Bronx.

The filing suspension spurred state lawmakers to extend the 2019 law’s “lookback window,” which allows survivors to file lawsuits regardless of when the abuse occurred, until August 2021.