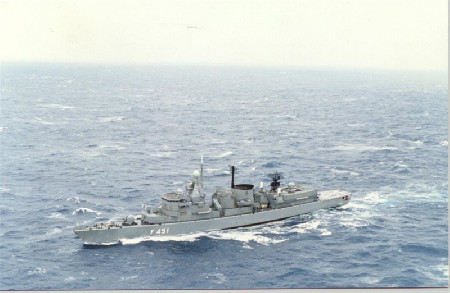 UPDATE AUGUST 13, 9.00 AM: ARE PAKISTANI PILOTS FLYING THE TURKISH F-16s? Ankara entertained the idea of training new pilots in a fast-track program and asked the Pakistani government to send trainers to the fly F-16s. But the United States vetoed such a request from the Turkish government, which sought prior approval from Washington to make F-16s available to non-Turkish nationals in line with the procurement contract for the F-16s. In the past, the US had allowed Turkey to train Saudi and Qatari pilots on Turkish F-16s, but this time Washington denied Pakistani pilots permission to fly them. This was a clear signal that the Pentagon was not happy with Erdoğan’s witch-hunt in the Turkish Air Force, which took down most, if not all, pro-NATO officers.

UPDATE AUGUST 13, 8.00 AM: 1) Turkish sources spread fake news that frigate “Limnos” is damaged. The frigate was seen today in exercises! “Kemal Reis” is nowhere to be seen! 2) France moved its 2 Rafale fighter jets from Cyprus to Crete to participate in exercises with Greece.  The move is not simply symbolic, as it was Rafale jets that completely destroyed the Turkish airbase in Libya last month! Many believe that they came from a French air base in central Africa. Now Erdogan accuses France for colonialism and asks for “win-win” negotiations! 3) Germany is still silent on the Greece-Egypt treaty… They were always on the side of Turkey since the early 20th century when they taught the Turks how to commit genocide!! 4) Tomorrow Mike Pompeo is scheduled to meet with Greek Foreign minister Mr.Dendias in Vienna... 5) A not too old video of exercises on frigate “Limnos” below. 6) An excellent video at the bottom of this post, an analysis of the situation by Jim Jatras, former US diplomat.

We have been receiving all evening repeated news from very reliable sources in Athens that a serious episode has taken place in the southeastern Aegean where the Greek and Turkish navies are deployed in formation for several days. It was initially reported by well informed analyst Stavros Lygeros (slpress.gr – click for link here in Greek) that a Turkish warship (probably the frigate “Kemal Reis”) tried to ram Greek frigate “Limnos”, in an attempt to escalate the confrontation between the two navies.

It soon became clear that a very swift maneuver by the captain of “Limnos” had as a result the very serious structural damage of the Turkish ship which was forced to withdraw immediately.  The episode did not escalate further thanks mostly to the composure the Greek side had shown. Sources in the Greek defense ministry underlined that there is ample evidence proving that the Turkish ship was the one who took the initiative.

Following the episode, the Turkish exploratory vessel “Oruc Reis”, which was supposed to stay in the Greek EEZ (Exclusive Economic Zone) south of Kastelorizo and SE of Rhodes protected by the turkish navy, was observed to withdraw towards an eastern direction, a practical proof that Greece had won this round… 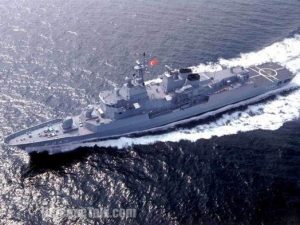 Immediately after news of the collision was widespread, prime minister Mitsotakis proceeded to a televised address to the nation stressing that “our strength comes from composure and wisdom, but also from the military” (follow the link for a report and a video here). He also proceeded to call the leaders of France and Egypt to inform them about the escalation and seek their support. Let us note here that just days ago France sent two Rafale fighter jets to be stationed in the Paphos airbase of Cyprus. Last week, Greece and Egypt signed a partial EEZ delineation Treaty, which apparently was the reason of the Turkish “anxiety”: This treaty negated in practice the illegitimate agreement signed by Turkey and Libya a few months ago delineating EEZ between the two countries – an EEZ overlooking the existence of Crete!!

In a related development, Israel finally announced its full support and solidarity with Greece after a few months of a rather neutral position, which had caused many in Greece to question the willingness of the Jewish state to stand by those who are his natural allies (click here for an excellent report by the Jerusalem Post). The United States also expressed support for Greece. Also, it was reported today by defensenews.com that the US Congress has secretly blocked arm sales to Turkey for nearly two years.

Many voices in Greece are now demanding that the country finally allow its well trained navy and air force take command of the situation. As a matter of fact, rumors persist in Athens that General Floros, Chief of the Hellenic National Defence Staff, has already settled this issue with Prime minister Mitsotakis: the two men are in agreement that, if Turkey escalates further, the Greek forces will respond by force. Despite the superiority in numbers of the Turkish military, it is a well known fact that Greece’s advanced submarines (type 214) along with the F-16 fighters (Turkish Air Force has been depleted of experienced pilots after the coup against Erdogan) give her a clear advantage at the moment.

BELOW AN ANALYSIS BY FORMER STATE DEPT. OFFICIAL JIM JATRAS