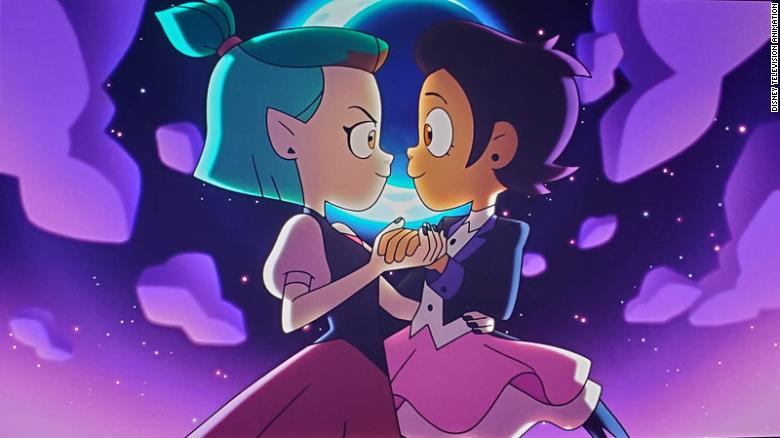 EDITOR’S NOTE (Nick Stamatakis): As if we did not have enough reasons to guide us to a conservative vote this November, Disney gave us the most graphic one: A bisexual lead character…  This is what a once great Walt Disney enterprise now offers the children of America in their formative years. No more great heroes and princesses. Queer comes first. Queer is foremost. Queer rules. Take note.  I am all about tolerance.  I support tolerance and have practiced it… But this isn’t about teaching tolerance, it’s about intolerance and tyranny. You are not allowed to have any other opinion other than what the Collective wants. This is about imposing on society a view that is against what the overwhelming majority believes and practices.

Diversity is making its way onto the Disney Channel. Disney has confirmed it has a bixsexual lead character on “The Owl House” series.

The 14-year-old Dominican-American girl, Luz Noceda, is not Disney’s first LGBTQ+ character. Pixar featured a gay main character in a short film on Disney Plus, but Luz is the first bisexual character to make a Disney debut on a television series.
“The Owl House” series follows Luz’s adventure to becoming a witch, even though she does not have any magical abilities. 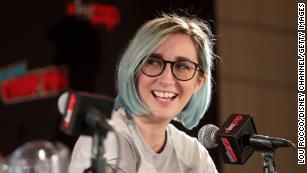 Dana Terrace
At first, “certain Disney leadership” was not too fond of the idea of having an LGBTQ+ character, said the series’ creator, Dana Terrace, in a tweet.
In an effort to discover which office chairs are actually comfortable, we spent more than a month testing 11 different options varying in price, function and style.
“I was very open about my intention to put queer kids in the main cast. I’m a horrible liar so sneaking it in would’ve been hard,” she says in her tweet. “I was told by certain Disney leadership that I could not represent any form of bi or gay relationship on the channel.”
Terrace identifies as bisexual. She wanted to write about a bisexual character, so she really pushed Disney to allow the character.
“Luckily my stubbornness paid off, and now I am very supported by current Disney leadership,” she said.
Terrace has gotten tons of positive feedback from viewers. Many are thanking her for representing the LGBTQ+ community, and wishing they had a show like “The Owl House” when they were children.

In “The Owl House,” a teenager finds herself stuck in the Demon Realm and battles the forces of evil alongside a rebellious witch and a pint-sized warrior.
One of those commenters is Alex Hirsch, the creator of Disney’s “Gravity Falls.” Disney forbade Hirsch from any kind of LGBTQ+ representation, he says in a tweet to Terrace.
“Apparently ‘happiest place on earth’ meant ‘straightest,'” he says in his tweet. “Thanks to Dana Terrace and team, there are explicitly queer animated main character on Disney TV.”
“This time, Disney- you did good,” he adds.
Terrace encourages others to fight for what they want to see represented in the media and society. “Representation matters!” she says.