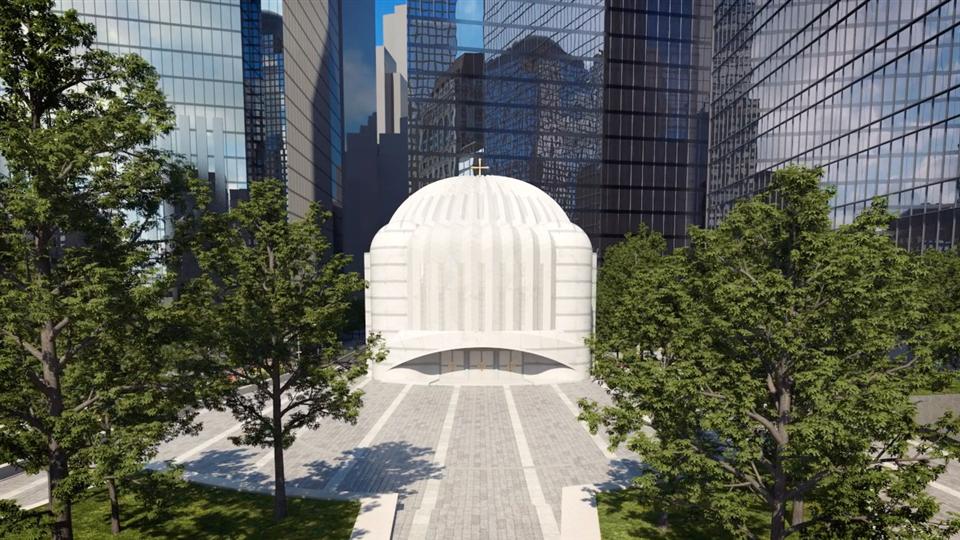 “For when is the bells toll for”?  They toll for our spiritually hard-working priests.  You know the guys who know no time restrictions in the hours of the day they perform their duties of faith, days or nights they are on call.

Does anyone stop and think of the rigorous schedule our clergy conform to in the weekly liturgies, paraklesis, Bible study, saint day observances, sermons, memorials, trisagia, vespers and the intensive effort needed to acknowledge and conduct Easter and Christmas services yes, also funeral and weddings.  Where is the cry for our clergy?

Are we so glued to our pew seats to protest this travesty of having every priest pay for his own retirement?

As you or have you ever heard, our Metropolitans and Bishops complain over their own specially designed pension plan?  Their plan offers 80% pension payment of their regular pay.  So, when one adds social security to their retirement payments, it comes close to the pay they received when they were active in their former position.  Nice plan.  Wouldn’t everyone want to have a plan like that!

How is that for action?  The Hierarchy pension plan is fixed and richly endowed, while the clergy plan was always vulnerable to the whims of the current Archbishop.   Where are the Bishops to protest this mocking upon our (their) priests?

Would any decent manager or general leave his men on the field having fought the good fight without any cover for their retirement?  Who would want to work under that restriction?

How is it that our esteemed AB Elpidoforos with all of his finery, skills and persuasive charms raised almost $50 million to complete the building of the Calatrava Shrine yet REFUSES to go to bat for his priests!  Have his charming charismatic skills evaporated?  Is he tired of fundraising for the Church and its various important spiritual and cultural gifts?  Is the new pension idea a secret attempt to foster a plan to bring in clergy from Greece to replace our american clergy?  Lord, please save us!

So, what do we do?  This issue must be kept alive.  In unity, the clergy should announce an all-American fund-raising dinner program by all parishes at least once and even twice annually with all profits to clergy retirement.  I know that doing this will be a constant needle in the hierarchy to its obligation to earnestly and honestly restore the clergy pension plan.  Further, the plan itself should be independent and inviolate and administered by an outside reputable firm.  Ok clergy let’s get some backbone.  Quit griping and go to work!

For the last 25 years our beloved Church has been saddled with failed leadership.  Think of it as one entire generation lost.

So now comes our esteemed AB Elpidoforos.  He is intelligent, has a kind demeanor and is gifted with erudition.  Everything so is great, EXCEPT his knowledge of the Greek Orthodox Church in America, its social awareness, knowledge of our church problems and our societal discourse.  It is unfair for anyone to be subjected or promoted to a position he would be almost ignorant of and would take a long learning curve to become fluent in the American Greek Orthodox Church.

Prayer is a must to Christ and our gracious Panagia, however, action will assist to bring matters to reality.