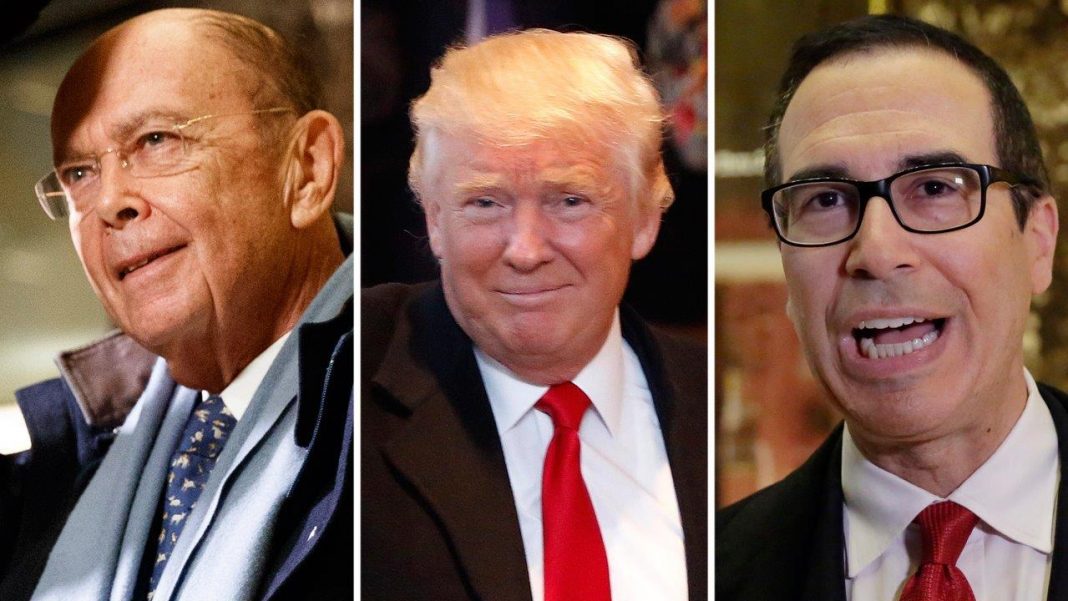 Even if one had any doubt that a businessman in the White House was the right choice for the benefit of the American people, the last few months provided ample evidence, as the handling of the financial disaster caused by the lockdowns was nothing but stellar.  Minuchin, Kudlow, Paulson and all the members of the administration’s financial team have pulled all the stops in their effort to support the people and the small and medium size businesses, which are the backbone of the economy and the anchor of the american middle class.

But as we were watching the financial measures unfold one by one, we became witnesses of major “novel” trends, never seen since the Great Depression of the 1930s and posing real questions regarding the regulatory foundations of our financial system: For the first time in memory, the Federal Government, through the Small Business Administration (SBA) and, later, directly through the Federal Reserve itself proceeded to lending directly to businesses at rates less than 4%, setting the banking system aside!! If one wonders why the CEOs of the Big Banks are fundraising for Biden 24/7 this must be the number one reason!  Some people even spoke about the Government’s take over of the Fed!

Last time around, in the crisis of 2009, the Fed provided “liquidity” to the system and kept the interest rates low so that the banks borrow at 1% or less and turn around and lend the money to the rest of us at 15%, 20% or even 25% and more… In essence we (and especially the small businesses belonging to the middle class) were enslaved to the banks who were declared overnight as “quasi partners” in our business.  All that in the name of a government response to a financial crisis which they – the banks – caused!!

Not this time, under president Trump!  This time the government proved to be a government for the people… First, they injected liquidity and solvency to the economy by direct payments to individuals and by the Payroll Protection Program (PPP).  Secondly, the SBA provided about half a trillion (!!) – and possibly more according to some estimates – at a 3.75% rate to qualified small businesses at a blistering speed through their disaster relief (EIDL) program.  It was a real miraculous transformation of a government entity plagued by regulatory burdens (burdens largely imposed by lobbyists and bureaucrats in order to turn applicants away to the “caring” hands of predatory bankers waiting around the corner)…  Third, through the evolving “Main Street Lending” program the Federal Reserve itself provides now, as we speak, over $600 billion (pledged) of loans at a less than 4% rate to even bigger businesses employing between 500 and 15,000 people.  Yes, the Federal Reserve itself acts as a direct lender!

Analysts will certainly point to the extreme circumstances of the pandemic; but the reality is that this may turn out to be a real revolt against the abuses of the banking system at the same time as the Trump administration is reigning in other failed agencies such as the FDA and the allied with them “Big Pharmaceuticals”!  This is exactly the reason the American people sent a businessman like Donald Trump in DC!

The best part has to with effect all this lending will have in the real economy.  If these huge amounts of money went through the banking system, a 20-30% of it would be directly gone in fees, expenses and interest rates for a system that has failed – without punishment – the american economy at least 3 times during the last 40 years.  In addition, we would have big delays in turning around this money to the business world.

But by the extraordinary acts of “cutting out the middlemen”, the Trump administration provided the real producers of wealth with enough liquidity to put immediately to work. One would of course question the indefinite expansion of same loans to non-profit organizations; but the reality we are all about to see in a matter of months, is that the entrepreneurs will produce an unbelievable V-shaped recovery, unlike anything we have ever seen.  If Obama, or someone like him was at the helm, the administration would start endless talks about “shovel ready projects”, whereby a huge chunk of the money would end up in the pockets of corrupt politicians like Andrew Cuomo… And it would produce no long-term economic growth. Another side effect of the Trump administrations’ extraordinary programs has to do with the amount of taxes paid to the Federal government – which will increase substantially.  This increase in tax revenue along with the expected rise in GDP (as production moves back from China) will offset the excesses in public borrowing.  The only piece of the puzzle missing is cutting the government spending – and we should expect this development to be a priority in a Republican dominated Congress…

I wish I could refer to the rest of the economic programs produced by the Trump administration and especially those who had as a result the exponential increase of black entrepreneurship the last few years and the most recent one, which invests $1 billion in advanced technological research centers. The Trump financial team, led by the president himself, will go down in history as the best such team an American government ever assembled!…