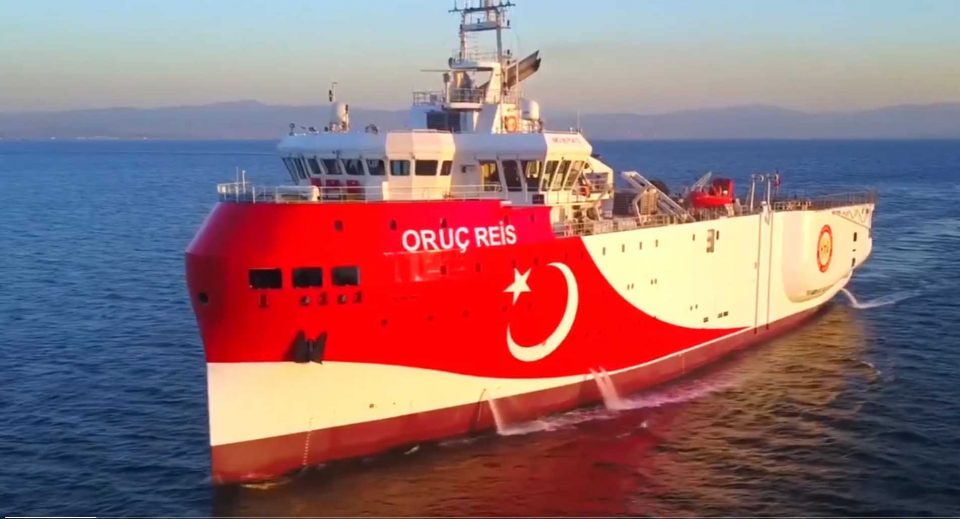 EDITOR’S NOTE (Nick Stamatakis): Today front-page analysis by “Estia” newspaper of Athens brought to our attention a very important point by a recent “Foreign Policy” analysis “How Did the Eastern Mediterranean Become the Eye of a Geopolitical Storm?”… This point is best explained in the last two paragraphs of this article:

Although Berlin typically defers to Paris on Mediterranean policy, it is keen to keep Ankara as close to the EU as possible. Still, Turkey is playing close to the edge. If it pushes too far, the European Union, as well as the United States, will swing fully over to the side of Greece. The red line that Turkey cannot cross is Crete, whose southern waters are thought to contain significant volumes of oil or natural gas. Although internationally recognized as Greek territorial waters, the Ankara-Tripoli map assigns the area to Libya. If Turkey sends its energy exploration ship near the southern shores of Crete, then all bets are off.
So far, Turkey has not crossed that line. Ankara may be holding exploration in Crete’s waters as a negotiating card. Any serious deescalation process between Turkey and Greece requires a third party with sufficient sway to push Ankara and Athens into serious talks. In that respect, perhaps the most hopeful sign for the region is the recent constructive efforts of the United States to achieve a cease-fire and buffer zone in Libya. The de-linking of the various regional conflicts creates an opening for a pragmatic dialogue on Mediterranean maritime boundaries. There is a window for an off-ramp. That opportunity will require the United States, perhaps in concert with Germany, to act with diplomatic skill and commitment.
YOU CAN READ THE FULL ARTICLE HERE….After Turkish and Greek Warships Collided, the Eastern Mediterranean has Become the Eye of a Geopolitical Storm (1)