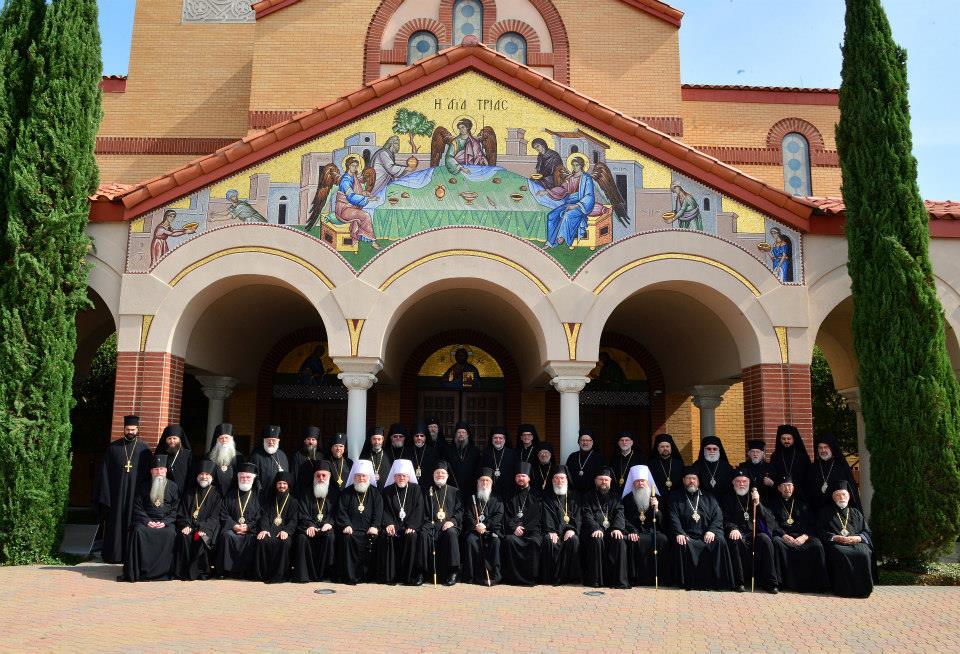 I am certain that you represent a faction within the Greek Orthodox faithful and thus my response regarding the u-tube video by Fr. Josiah Trenham posted by Nick Stamatakis on Helleniscope on  Saturday, August 29, 2020. (link here)..

It is difficult to isolate one part of this story from the broader issues at hand which are keeping services within the church frozen in an historical past from moving forward into the 21st century. The Church has FAILED. Not because of the lack of love and support given to our local parishes by the many faithful hardworking clergy and laity. It’s politically, morally and spiritually bankrupt due to the deep corruption within the upper echelon of the hierarchy which continue hold the church hostage in a time warp preventing the true movement of the Holy Spirit within the tightly controlled organizational structure of the church itself. ONLY, if and when (if ever at all), the church is aligned with the covenants, teachings and commandments of Christ, will it be allowed, to prosper. We are witnessing in real time the cataclysmal destruction of the GO church not only in America but globally, right before our very eyes and you still desire to maintain the status quo?

If nothing changes, nothing changes. It’s really quite simple and doesn’t deserve some long diatribe on the history and origins thereof, in order to explain or understand the principals and teachings of following a Christ-centered life. So, go ahead and call me a “Protestant universalist”. I’m not offended. I know who I am and more importantly, our Savior Jesus Christ does too. That is what I define as “authentic”. No facades, tall black hats or lavishly embellished robes behind which to hide here. While there are many at the clergy, monastic and higher levels within the church who are truly gifted and anointed with God’s calling to serve and minister (many are called, few are chosen), it is unfortunate and
unreasonable in today’s society to believe that you have to remain “celibate” in order to be “worthy” of being promoted into a position of higher authority and responsibility within the church, which is a future topic worthy of articles and discussion. If you can’t see the forest through the trees, then perhaps you are the one who is “color blind”.

Orthodoxy in America should be about worshiping God in the language of the land/country in which it is being ministered, being a loving Christian regardless of ethnicity and cultural differences, helping our fellow mankind, those in need both inside and outside of the Orthodox Church, those struggling with addictions, poor health and leading people of no faith to salvation and life eternal. That is why we are called to minister as Christ’s disciples. Are we so myopic and mired in the traditions of an ethnocentric historical past filled
with nothing but R-E-L-I-G-I-O-S-I-T-Y that we fail to see the true meaning of worshipping our Lord and Savior JESUS CHRIST?

My questions are many of the same questions Fr. Josiah Trenham raises by speaking truths about how to bring unity within a Pan-Orthodox Church today. His grave concerns are out of his obvious love and compassion for Orthodoxy in America and are like many who are desperately seeking change by first addressing the over bloated governing body which prevent any modernization to services in order to be remain one of EXCLUSION rather than one of INCLUSION.

1. What is the future of the Orthodox Church in America?
2. What will it look like in the coming years?
3. How will we get there?
4. What do we need to do in order to “clean house” of the old ways which no longer have relevancy in today’s modern life?
5. Why are the faithful flock departing the church in herds?
6. How do re-structure the hierarchy (corporate structure) so that it is reflective and responsive to the many
needs of our local parishes and faithful disciples as Christ’s followers today?
7. How do we remove the barriers and streamline the current liturgy preached in the Greek Orthodox Church to be more inclusive?

There are countless more questions to be addressed. But since, you bring up the notion of “discrimination”, you don’t have to look any further than the GO church today in order to find as there are plenty of examples such as being refused communion if you are not a “member in good standing”, or were not baptized within the Orthodox church, etc.
Forget for a brief moment that we are neither Greek, Russian, Armenian, Romanian, Bulgarian, Serbian, Ethiopian, etc. If one can’t simply speak, read or comprehend the language in an AMERICAN Orthodox Church in which services are ministered, it becomes a distraction in worshiping our Savior.

Remember, distraction is created by the enemy of our soul to further remove us from any meaningful relationship with Christ. So then, how do you attract converts or keep the faithful from fleeing in droves like the church is experiencing today? So that we can maintain the status quo and traditions of men, ethnocentricities and cultural pride? So that we can continue to live in the past glory days of an ancient Greece gone wayward?
Worshipping isn’t about adding another task or ritual on an already overloaded plate of responsibilities where sound bites longer than 50 minutes lose attention. Perhaps it’s time to move forward rather than remain stuck living in and looking to the past as reminders of what was once long, long ago…

Let us remember this: We are Christians FIRST, Americans SECOND who happen to be of many different Orthodox ethnicities THIRD. Perhaps you have this order confused? There are many both older and younger than I who have fled the church seeking greater authenticity. In closing, it is sadly becoming suspiciously clear to me as I read closely in-between the lines of a much broader issue at hand in what Fr. Steven Vlahos powerfully wrote in “Say it Loudly: OXI The Voice of Concerned Orthodox Christians” on 8/30/2020, concernedorthodoxchristians.wordpress.com that perhaps, just saying “perhaps” (hypothetically), AB Elpidophoros was sent to America by Bartholomew as the “new
concerned face”, “figurehead” of the GOA to further distract (by the enemy of our soul), foster, maintain and continue the ongoing shenanigans, illegal cover up into what “perhaps” may yet to be revealed as one of the greatest coup attempts in Christian history globally:

The complete authoritarian take over, closing and forced financial ruin and thus destruction of all Greek Orthodox Churches in America along with the crippling of our HCHC seminary forcing the sale of the many valuable properties on which our churches lie for the benefit of a more cynical and greater agenda, the complete destruction of Orthodox Christianity. Wow!

Looking back at the 25 plus years of so called “mismanagement” by the past leadership within the GO hierarchal governing authority, the controlling archons (and their political henchmen deep within the established swamp of government), it’s plausible to begin by exploring the notion that the “missing”, “misappropriated” or better stated as the stolen funds raised off of the backs of generous hardworking individuals on the grassroots level by local GOA churches, may very well be part of a well-organized, greased and calculated planned maneuver overtime which has now been accelerated by the funneling/wiring of
stolen funds from the St. Calatrava Shrine, HCHC, the Clergy Pension Fund and other notable Greek Orthodox ministry fund accounts to shall we guess Tu-k-y(?) in order to fund the takeover of Christianity globally, or provocation by Turkey and Erdogan’s regime planned maneuvers and attacks on the small country of Greece?

Call it a conspiracy theory? God already knows the answer. Time will reveal history.
My dear Brothers and Sisters in Christ, the Church is in our hearts. We don’t need decorated architectural monstrosities or intercessory icons to pray through in order to have a direct, open line of communication for a relationship with almighty God. Open your Bibles and start reading. Praying. And pray often as we are called.

Lord, thank you for the gift and blessings of this day and a life filled with abundance and provisions of food, clothing and housing. I ask your forgiveness as a sinner. Lord, I acknowledge we humbly dwell more in the valleys than on the mountain tops so that we may look to you above for our needs and not down with condemnation. We are in awe of Your almighty power and give glory and thanksgiving to You for the blood shed of the sacrificial lamb, for your unmerited grace and favor and for our salvation and promise of life
eternal. I pray that during this period of not only deep division within the Orthodox church but also government today, that we may seek Your truth, discernment and wisdom imparted by the Holy Spirit within to prepare us and remind us as Christians why we are on this earth. Lord may you continue to shine your light upon our pathway as we venture into unchartered territory with complete trust and faith in You our Savior. Lord I pray for continued peace throughout the world, for the continued protection of the citizens and land of all those who reside within the great United States of America, the President of the United States, the US military for strength and resolve and for the love of mankind as brothers and sisters in Christ. In Jesus’s name we pray.