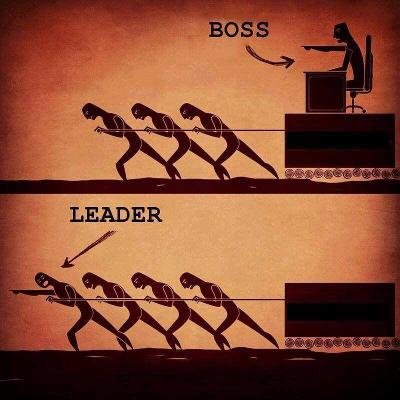 I was about to write an analysis of the results of the 2-day Clergy-Laity Congress this week when I realized that for one more time on such a momentous occasion, we became witnesses of a classic performance of a “Theater of the Absurd”, something between a textbook presentation of “communication between deaf” and a parody of humanity in a senseless world… A total disconnect between the leadership and the faithful…  And so I am left with one serious choice only: to present a list of elements that would be part of a truly successful and “historic” Congress… 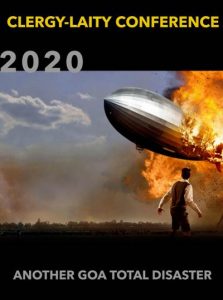 I could keep going a step further to ask the deeper question: Why such a disconnect between leadership and faithful? The lack of all the elements above, missing from this Clergy-Laity Congress, point to this deep disconnect, which in essence is a disconnect between the so-called “Mother Church” (historically the Phanar was never our mother Church) and the so-called “Jewel of the Ecumenical Throne”, the Church of America… These metaphors talk for themselves: As long as we will be viewed in such “high financial valuation” terms this disconnect will keep deepening.

Which in our case has taken a really warped, schizophrenic, turn.  Not only are we expected to be led by people who are completely unfamiliar with life in America, but our so-called leaders need to be Turkish citizens.  And not only are they supposed to be Turkish citizens – and by definition owe allegiance to the Turkish state – but they need to have the “OK” of the “Sultan” and the other “neo-Ottoman” authorities before they even get elected… Do we realize how ridiculous would be for the Chief Rabbi of any American Jewish organization to have the “stamp of approval” of the ayatollahs of Tehran?

Which leaves all of us with only one option: Demand an AMERICAN INDEPENDENT ORTHODOX CHURCH.

FROM THE HAMPTONS AUGUST 15TH CELEBRATION THIS YEAR: What happened to the masks? Even more, how about the re-usable spoons? Has the “leadership” suddenly come to their senses? Or (more likely) are acting like “Ottomans” issuing “firmans” for their subjects, while they are above any law? No further comments…. 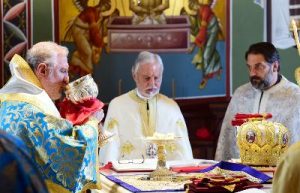 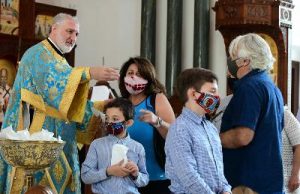