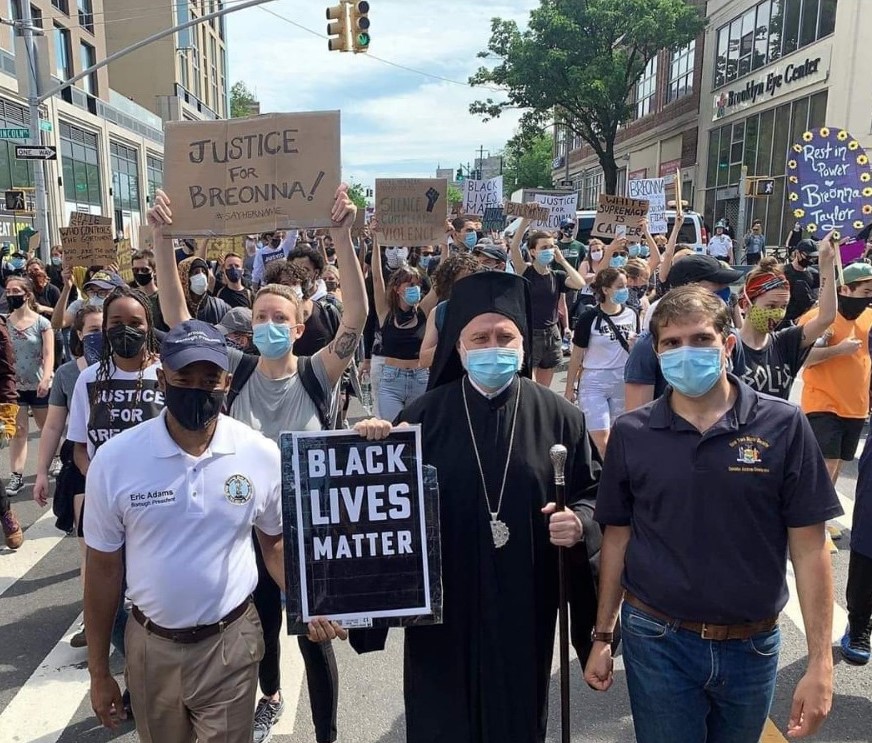 UPDATE SEPTEMBER 17 (By Nick Stamatakis): US Attorney General, William Barr, told prosecutors to charge Black Lives Matter protesters with trying to overthrow the government, among other very serious comments.  Some of our readers need to pay close attention to the above statements by the AG – especially the few who thought that “bordering treason” was a bit exaggerated… No, it was not… We are dealing with an attempt to overthrow the U.S. government and the U.S. Constitution…  GOA has to take these remarks by the AG very seriously and adjust their individual and collective behavior accordingly…  It is one thing to support Biden – even though he hasn’t yet renounced BLM violence – and another thing to openly and directly support the murderers and Marxist rebels/thugs of BLM. As for Karloutsos, we are not sure whether he advised or not AB Elpidophoros on this issue. But we are sure for one thing: He had the obligation to direct him to the right direction.  He did not, despite all his supposedly enormous “experience”…  For all we know, he may even have sabotaged the Archbishop… Unfortunately, this is who he truly is…

What is the definition of treason? Treason is the offense of attempting by overt acts to overthrow the government of the state to which the offender owes allegiance or to kill or personally injure the sovereign or the sovereign’s family.

Black Lives Matter has nothing to do with racism or saving black lives. If they were concerned, they would first mourn innocent Black victims killed by Black Gangs/criminals in cities across the USA. They would protest Planned Parenthood that have aborted over 20 million unborn Black babies. KKK member, Margaret Sanger, created Planned Parenthood to reduce the Black population. Democrats support Planned Parenthood with your tax money. Trump abolished federal tax money going to abortion clinics to kill unborn babies. ALL LIVES MATTER!

In the audio by New American magazine, BLM co-founder Patrice Cullors, boasted in a TV interview of being a “trained Marxist,” revealed that she is also consulting spiritual entities and allowing them to “work through” her. “I’m calling for spirituality to be deeply radical,” she said. “We’re not just having a social justice movement, this is a spiritual movement.”

Does this sound that they are good ‘Christians’ who love God and Jesus Christ? Why is GOA aligning itself with Satanists, Occultists, Domestic Terrorists and Globalists? Are these good people that AB Elpidophoros and some clergy are talking about? Has our church been infiltrated by Communists? We know how Marxists infiltrated and took over some Catholic, Lutheran, and other parishes. 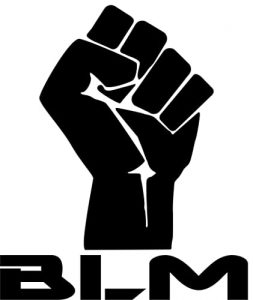 Black Lives Matter  showed up at a church (Grace Baptist Church) in Troy, New York terrorizing church attendees. They were chanting, ‘Hail Satan’! There, the pastor John Koletas resisted. In a statement to The New American, Fr. Koletas said the church has stood firmly against communism and totalitarianism since it was founded in 1987. “Too many Americans view the church as weak and apathetic to self-defense and the biblical command to arm ourselves,” he said, explaining the decision to give away a semi-automatic rifle in light of that and unconstitutional gun-control policies. “We wanted to be an encouragement to lawful gun owners who had been vilified by the anti-Christian, socialist media and fake, phony, and fraudulent religious leaders.”

Black Lives Matter terrorized Fr. Koletas, who is a Greek American. Fr. Koletas, in the statement above, describes what our phony Greek Orthodox Christian religious leaders have become. Personally, I am someone who reads the bible each day and pray – so I am very much a practicing Christian.  I think that our church turned into a business over time straying from its Hellenic and Christian roots.

At a parking lot of a Bank of America near Sacramento I was able to save an elderly Caucasian lady from a man attempting bodily harm onto her, while he shouted ‘Black Lives Matter’! I thought at that time that we have reached the point of no return!…  Recently (September 5th), with hundreds of patriots, I was on the streets defending my town from a Black Lives Matter protest. Due to our strong presence, BLM did not loot, or burn my town.

Black Lives Matter is a Marxist Communism movement who has teamed up with ANTIFA to destroy America from within. The Globalist elites, like George Soros and 269 anti-Trump Corporations, fund Black Lives Matter. The Bank of America gave over one billion to Black Lives Matter!! One billion $$!! One of the co-founders of BLM says she is a trained Marxist. ANTIFA members have been witnessed to have debit cards and receive money to riot, loot, burn, and murder (Trump Supporters). The Deep State supports BLM/ANTIFA to overthrow President Trump, US Constitution, and take away our freedoms like free speech, right to defend oneself, etc.

Actually, the Deep State is using BLM/ANTIFA to destroy America with a revolution to overthrow President Trump.

Whose side is GOA leadership on? Team America or Team Globalism?  I urge Greek Americans to write letters or call AB Elpidophoros to renounce support for Black Lives Matter. We the faithful own the church, not these Globalists who are masked as religious leaders. 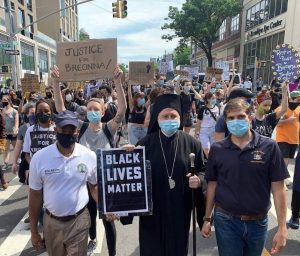 Who is Black Lives Matter: