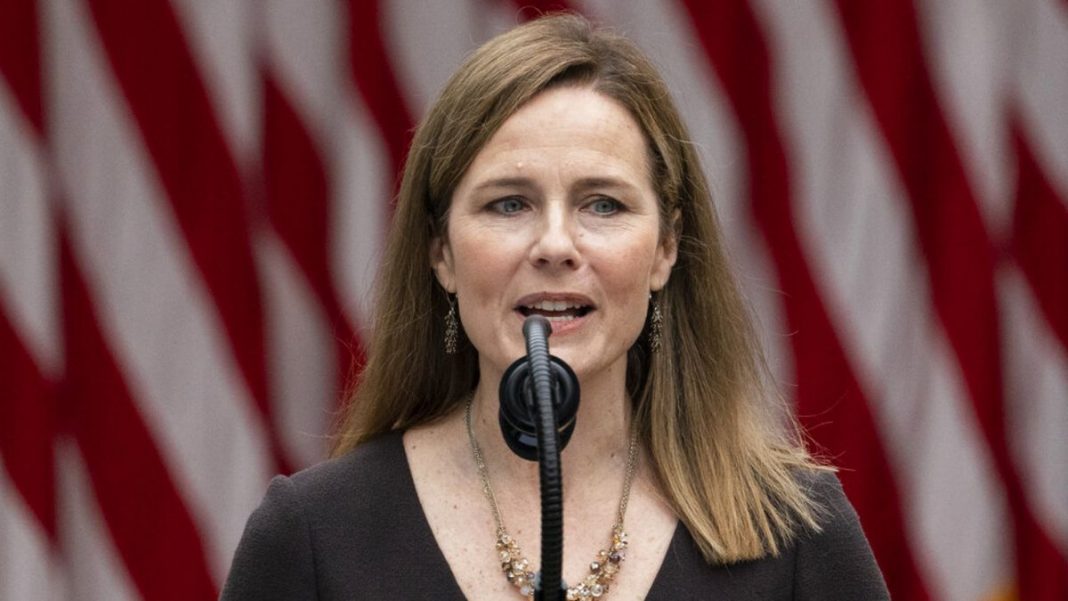 EDITOR’S NOTE: When a liberal legal mind of the stature of Harvard Professor Noah Feldman declares that Amy Coney Barrett “deserves to be on the Court”, we can easily realize the impossible political corner President Trump put the Democrats in, just about a month before the election. If they choose to repeat the fiasco of the Kavanaugh nomination they are certain to lose with big margins in the coming election; if they choose to “go soft” and challenge her in a “respectful” way, they will end up alienating their crazy-left, extreme-liberal base… And so they are mulling “abstaining” from the whole process in the Senate… Similar is the impasse with Biden’s appearance in the debates. If he appears he will probably be “eaten alive” by President Trump who has been answering tough questions for years; if he creates an excuse and keeps hiding in his basement he will lose at least 12% of his popular base – at least this is what the polls say…
Too many knots to untie for the Democrats… For an election that seems to be sliding, once again, from their hands…
========================================
PHOTO: Noah Feldman 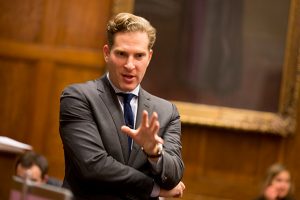 ======================================
By Noah Feldman (Bloomberg Opinion)
Like many other liberals, I’m devastated by Justice Ruth Bader Ginsburg’s death, which opened the way for President Donald Trump to nominate a third Supreme Court justice in his first term. And I’m revolted by the hypocrisy of Senate Majority Leader Mitch McConnell’s willingness to confirm Trump’s nominee after refusing to even allow a vote on Judge Merrick Garland.

Yet these political judgments need to be distinguished from a separate question: what to think about Judge Amy Coney Barrett, whom Trump has told associates he plans to nominate. And here I want to be extremely clear. Regardless of what you or I may think of the circumstances of this nomination, Barrett is highly qualified to serve on the Supreme Court.

I disagree with much of her judicial philosophy and expect to disagree with many, maybe even most of her future votes and opinions. Yet despite this disagreement, I know her to be a brilliant and conscientious lawyer who will analyze and decide cases in good faith, applying the jurisprudential principles to which she is committed. Those are the basic criteria for being a good justice. Barrett meets and exceeds them.

I got to know Barrett more than 20 years ago when we clerked at the Supreme Court during the 1998-99 term. Of the thirty-some clerks that year, all of whom had graduated at the top of their law school classes and done prestigious appellate clerkships before coming to work at the court, Barrett stood out. Measured subjectively and unscientifically by pure legal acumen, she was one of the two strongest lawyers. The other was Jenny Martinez, now dean of the Stanford Law School.

When assigned to work on an extremely complex, difficult case, especially one involving a hard-to-comprehend statutory scheme, I would first go to Barrett to explain it to me. Then I would go to Martinez to tell me what I should think about it.

Barrett, a textualist who was working for a textualist, Justice Antonin Scalia, had the ability to bring logic and order to disorder and complexity. You can’t be a good textualist without that, since textualism insists that the law can be understood without reference to legislative history or the aims and context of the statute.

Martinez had the special skill of connecting the tangle of complex strands to a sensible statutory purpose. She clerked for Justice Stephen Breyer, who also believes in pragmatically engaging the question of what a statute is actually trying to do in order to interpret it.

But a Republican is president, and the Senate is Republican. Elections have consequences, and so do justices’ decisions about when or whether to retire. Trump is almost certainly going to get his pick confirmed.

Given that reality, it is better for the republic to have a principled, brilliant lawyer on the bench than a weaker candidate. That’s Barrett.

To add to her merits, Barrett is a sincere, lovely person. I never heard her utter a word that wasn’t thoughtful and kind — including in the heat of real disagreement about important subjects. She will be an ideal colleague. I don’t really believe in “judicial temperament,” because some of the greatest justices were irascible, difficult and mercurial. But if you do believe in an ideal judicial temperament of calm and decorum, rest assured that Barrett has it.

This combination of smart and nice will be scary for liberals. Her old boss, Scalia, did not have the ideal judicial temperament (too much personality, a wicked sense of humor) and managed over the years to alienate Justice Sandra Day O’Connor, which may conceivably have helped produce more liberal outcomes as she moved to the left.

Barrett is also a profoundly conservative thinker and a deeply committed Catholic. What of it? Constitutional interpretation draws on the full resources of the human mind. These beliefs should not be treated as disqualifying.

Some might argue that you should want your probable intellectual opponent on the court to be the weakest possible, to help you win. But the Supreme Court is not and should not be a battlefield of winner-take-all political or ideological division.

It would be naïve to deny that there is plenty of politics in constitutional interpretation. There are winners and losers every time the justices take a stance on an important issue of law. Nevertheless, the institutional purpose of the Supreme Court is to find a resolution of political conflicts through reason, interpretation, argument and vote-casting, not pure power politics. It follows that the social purpose of the Supreme Court is best served when justices on all sides of the issues make the strongest possible arguments, and do so in a way that facilitates debate and conversation.

We have a Supreme Court nominee who is a brilliant lawyer, a genuine and good person — and someone who holds views about how to interpret the law that I think are wrong and, in certain respects, misguided. I hope the senators at her hearing treat her with respect.

And when she is confirmed, I am going to accept it as the consequence of the constitutional rules we have and the choices we collectively and individually have made. And I’m going to be confident that Barrett is going to be a good justice, maybe even a great one — even if I disagree with her all the way.

Noah Feldman is a Bloomberg Opinion columnist and host of the podcast “Deep Background.” He is a professor of law at Harvard University and was a clerk to U.S. Supreme Court Justice David Souter. His books include “The Three Lives of James Madison: Genius, Partisan, President.”