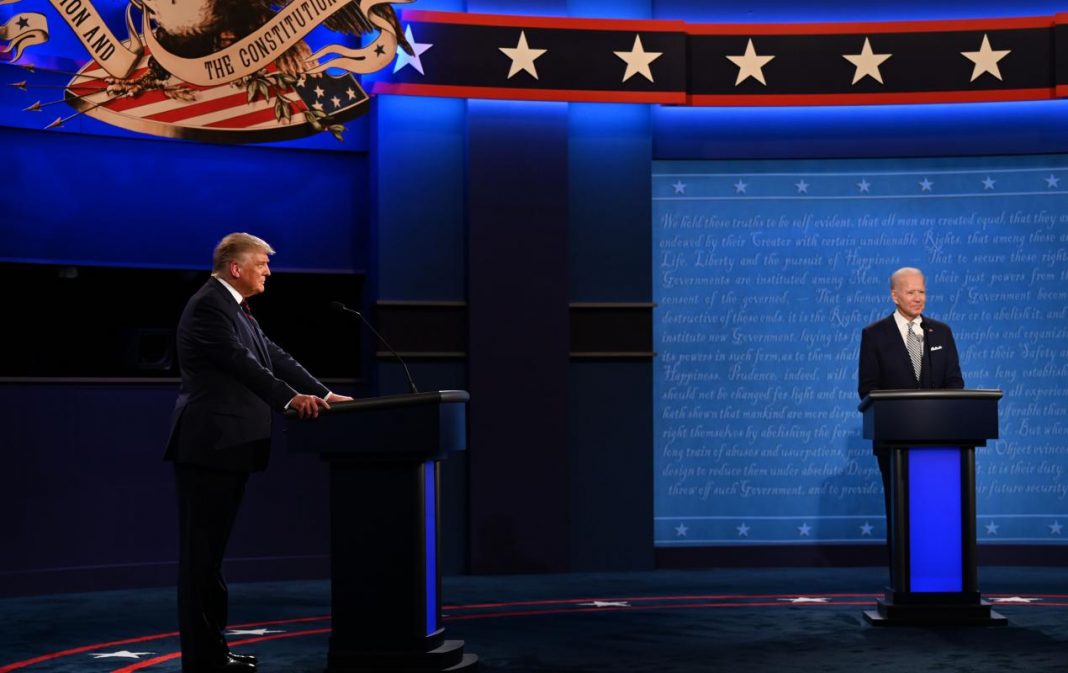 EDITOR’S NOTE (Nick Stamatakis).  I was ready to write an analysis of the chaotic first debate between Trump and Biden when I came across the biggest news of the night: According to a post-debate poll by the #1 Spanish-speaking TV network Telemundo with a massive 115 million fans across all venues (!!!), 66% of the audience said that Trump won the debate! This poll alone puts to rest any possibility of Biden coming out as the winner in this election… With the black vote moving significantly towards Trump (who is expected to more than double the 9% that he received in 2016), the increase in Latino votes (only 28% voted for Trump in 2016) will seal the outcome of this election…

Other than this HUGE piece of news, I did not hear any network commentators point to the fact that Joe Biden looked like a human cadaver… They all said that Trump interrupted and created chaos and they all noted that Biden “survived”… But just the look at Biden’s face was appalling: as if there was no blood at all in his veins… The make-up artists did a horrible job it seems… In the end, this perception of a “lifeless” candidate – which is a reality in many ways – will do more damage to Biden than any questions that he was unable to answer… 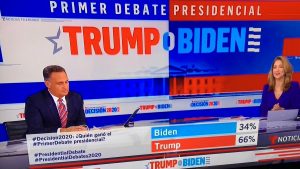 A majority of Spanish-speaking viewers of Telemundo think President Trump won the presidential debate Tuesday night with Democratic challenger Joe Biden, according to a poll by the cable TV network.

In 2016, the president won 28% of the country’s Latino vote, which was just 1% higher than what Republican candidate Mitt Romney received in 2012. Polls in late summer showed the president tracking in the low 30s with Hispanic voters, though that number could be as high as 38%.

Though Trump’s numbers among Hispanic voters still fall below those of President George W. Bush, who won between 40-44% of the Latino vote in 2004, he remains relatively popular compared to previous Republican candidates.

The state in which his Hispanic approval numbers will end up mattering the most will likely be Florida, the key to Trump winning reelection. Some polls show Biden has a double-digit lead among those voters.