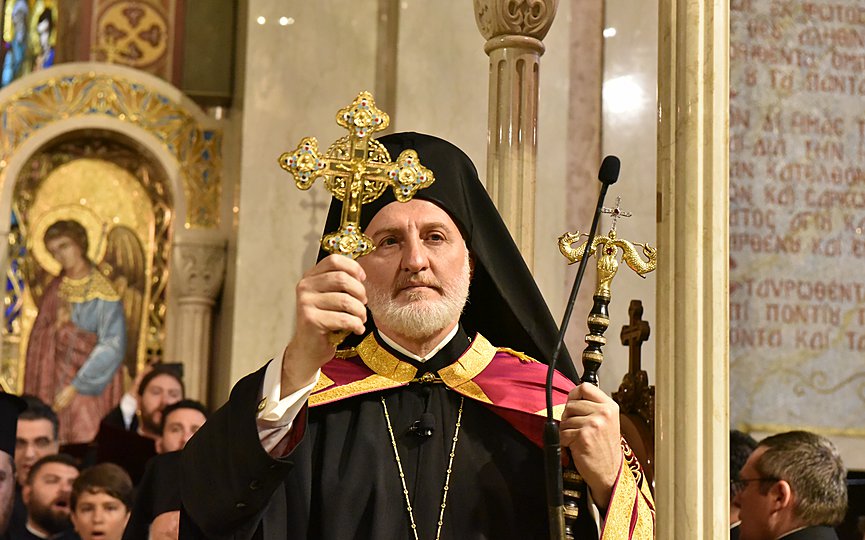 I know not many read my messages, so why do I continue to write?  Is it simply to voice what others think and dare not say in public but criticize in private?  To speak truths to the concerned faithful of which, I am just one, or is it a late horn and headlights attempt to call attention to the egregious faults, misguidance and errors of our hierarchy?

Let’s touch upon the recent Clergy-Laity Conference.  I believe that AB Elpidophoros came to the C/L meeting not only unprepared but chose to downplay by ignoring rather than addressing any of the hard questions such as, where are the 2 million Euros promised to HCHC by the Greek Government and has it been paid?  By “unprepared”, I mean why did he purposely dodge, while glossing over the laity’s concerns making no attempt to even acknowledge these and many other critically screaming urgent and pending questions concerning many parish agenda items of utmost importance?  Is this because we, the faithful supporters who generously pull out our wallets and write checks do not matter anymore?

Then, there was the glaring issue he created when he blocked a young Orthodox from his Twitter account when she criticized the AB for extolling the attributes of Ruth Bader Ginsburg, an ardent and confirmed abortionist supporter.  Which side of the issue is the Church on these days?  And why isn’t the Church upholding the right to life?

So, where does our esteemed AB Elpidophoros stand?  What manor of a person is he who must regale himself in so many different directions?  How do these diversions benefit our Orthodox faith specifically and why does he refuse to be truthful to his flock?  His apparent blunder by participating in the BLM parade thinking it would be a positive step for the GOC has many faithful thinking and asking the same questions.

Is our AB not aware that his Democrat/Harris-Biden’s love affair means he supports abortions and the killing of babies to and after term; that he does not support marriage in the way our faithful do, and that religious freedom will be taken away as our churches are marginalized?

You notice that no Catholic hierarchy or priests were involved in these protests.  The AB’s European and US handlers failed him a number of times by their self-interests, misinformation, lack of knowledge of the American church, and the social/financial hard-set traditions.  His poor judgment and lack of understanding led him to sadly patronizing and endorsing the DNC with a prayer, but the equality was missing as the RNC passed him over for the usual opening prayer.  This after a long hard-fought tradition of appearing at each party’s convention for the invocation.

By now, AB Elpidorphoros must realize that there are many Greek Orthodox Republicans among his faithful, including Mr. John Catsimatidis, who are active at all levels of the church.  I am proud to say that the Republicans I know including me, will vote for Donald J. Trump for re-election.

So now that Greek -over Biden has hired Elvir Klempic, the former executive director of the Turkish Heritage Action Group, to be his Ethnic Director, how does that make our Greek Democrats feel?

Remember:  Promises made, promises kept.  We Republican Greeks seem to know that our President Trump will not stab us in the back, nor let us down.

Adding up these errors in retrospect, some because his Archon and European handlers didn’t know, or poorly advised what was expected at each holiday or event, has transpired into a litany of missed opportunities, marching in the BLM parade and not getting down to solve the problems that vex the worshippers, parishes, priest pension fund and finally, calling our Bishops into action encouraging them to be pro-active.  The hierarchs have the knowledge, stature, and energy to perform for our church, but have failed the faithful and the church miserably.  Our striped and structured diocesan boundaries should be relaxed.

All in all, this has been an auspicious eye-opener for our esteemed AB.  By now, he should understand “some” of the problems our Orthodox Church is facing and know the failings of his handlers.  Or, are these actions on his behalf by the design of a bigger and more ominous hidden, secret agenda of more changes to come?

Speaking of changes, consider there are parishes already, or will soon begin withholding their monthly contributions to the Archdiocese until the question of whether (yours and mine), American Church Charter is reinstated.  This is just one example in which one would think, rapid response from the Archdiocese would be in order.  If the answer is that the US Greek Orthodox Charter is trashed, then all bets are off.  Yet, thinking then positively, what if the following would occur:

This may be the most appropriate time for our Patriarch to consider renaming our esteemed AB to a continental or even global position, such as St. Paul Intergalactic Missionary.  I am serious.  Many of you may not know that our esteemed AB has extensive experience in dealing with Orthodox churchmen, faithful and foreign officials in various European countries on behalf of our Patriarch.

His appointment as AB of the United States, if he cannot immediately succeed, it would take up to 5 years to become proficient in the American mores.  In effect dear readers, he was “overqualified” for the American appointment.

This proposed new position would have AB Elpidophoros obtaining a down-to-earth worldwide view of Orthodoxy which would assist him when he is in a position to become Patriarch.  We all know that this kind of knowledge is not what one could learn from a book.

With our esteemed AB promoted to a new higher position, the US will then have the need and requirement for an American born and educated Archbishop.  Sorrowfully, the truth leaking out is that our Holiness Patriarch Bartholomew et al, regard the American Greek Orthodox Church and its missions including HCHC, as not up to his European standards.  It is better for the unity of our Church, should his Holiness give a little now and then, or risk a complete American GOC around the corner.  This time, the selection should be an American born bishop.  What a joy and delight for our Church should one of our “boys” be named AB.  It’s past the time of this happening Your All-Holiness, please make it possible.