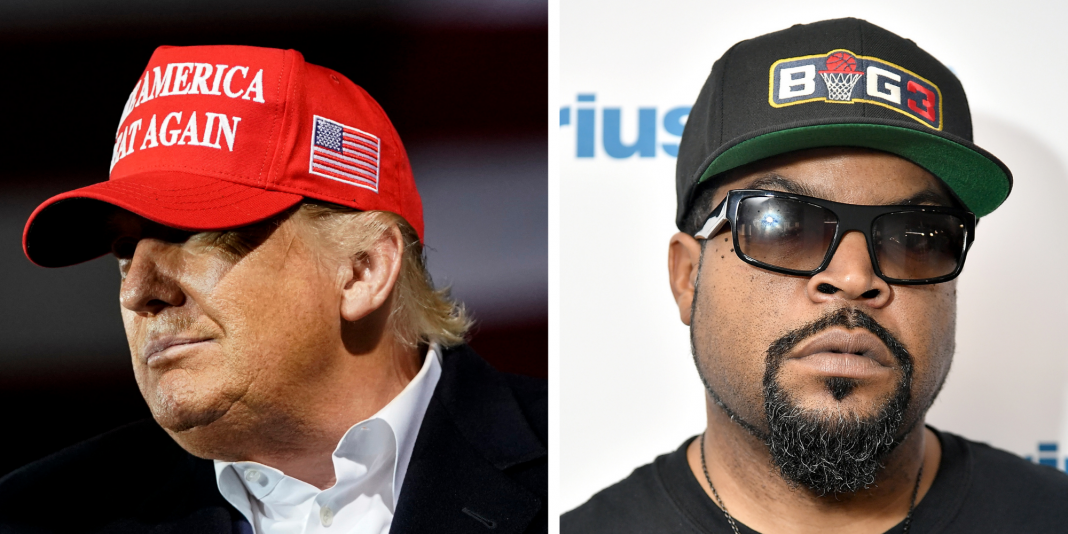 EDITOR’S NOTE: Following the continuing endorsements by black personalities (like the recent ones by rappers Ice Cube and 50-Cent) and the provable achievements of the Trump administration in supporting the black community,  it is obvious to all that the black vote for Biden will not be as massive as it was for Obama (91%) or even for Hillary (87%). The same is true for the Hispanic vote which went Republican only at 28% in 2016.  Even a few points higher earned by Trump will lead to a substantial – insurmountable – hurdle for Biden in key battleground states like Pennsylvania, Michigan and Wisconsin, as David Catron suggests in the very interesting piece below… Let me add that Republicans added 160.000 more voters than the democrats in Pennsylvania the last 4 years! This fact alone will likely make the vote in Pennsylvania note as close as it was in 2016 when Trump won by only 44,500 votes…

To prevent Donald Trump from winning a second term, Joe Biden has to reach two goals that Hillary Clinton never approached in 2016. First, he must turn out minority voters in numbers comparable to the historic benchmarks set by former President Obama. Second, he must garner about 94 percent of the Black vote and roughly 72 percent of the Hispanic vote. Not even the implausible polls paid for and promoted by the media show Biden generating anywhere near the level of enthusiasm needed to produce the high turnout required. Nor do they show him reaching the vote percentages he needs among Black and Hispanic voters who actually cast a ballot.

It doesn’t seem to have occurred to the Biden campaign and their friends in the media that attacking Black men who think for themselves isn’t the best way to “woo” them.

According to the Marist poll released on October 15, for example, Biden’s lead among Black voters overall remains at an anemic 81 percent to 18 percent. This is even worse than Hillary Clinton’s losing percentage of 88 percent and 13 points below Obama’s benchmark. If Biden’s numbers are that low in the final vote tally, he’ll lose all the battleground states of the upper Midwest. In states like Michigan, Minnesota, and Wisconsin, the Democrats depend on Black voters in major urban centers to maintain their electoral edge. Biden’s 81 percent won’t cut it. Astead Herndon, writing in the New York Times, describes the 2016 debacle in Wisconsin:

In deep-blue Milwaukee County, where statewide Democrats run up the score to offset more conservative rural areas, Mrs. Clinton had one of the largest drop-offs in raw votes of any county in the country, earning more than 40,000 fewer votes than Mr. Obama did four years earlier. Pew Research estimated that in 2016, 64 percent of eligible Black women said they had voted compared with 54 percent of eligible Black men, a much larger gender gap than for white or Hispanic voters.

A similar dynamic manifested itself in Michigan and Pennsylvania. Is Biden doing any better than Clinton among Black men? Nope. As Politico reports, the problem is serious enough that his campaign held a virtual meeting in September with various “Black luminaries,” including hip hop mogul Jay-Z, radio personality Charlamagne tha God, and civil rights attorney Ben Crump. Interestingly, the discussion wasn’t led by our erstwhile VP, but by his running mate: “Vice presidential candidate Kamala Harris presided over the virtual meeting, which grappled with a nagging question for Joe Biden’s campaign: How to woo more Black men?”

It doesn’t seem to have occurred to the Biden campaign and their friends in the media that attacking Black men who think for themselves isn’t the best way to “woo” them. We all know how Kanye West was slandered after he met with the president. Now Ice Cube is under fire for working with the Trump administration on the “Platinum Plan to Help Black Americans.” The usual suspects have denounced him as a sellout or worse. As Erika D. Smith  snarls in the Los Angeles Times, “Being a sellout implies getting something in return. The unfortunate reality is that Ice Cube is just getting used.” Smith is clearly in a snit about the following:

Several recent polls have found that Trump actually has more support from Black men now than he did in 2016 — 17% compared to the previous 14%, according to a survey of likely voters by Nationscape. The Pew Research Center also found that Black men are less likely than Black women to identify as Democrats.… This is as much the fault of the Democratic Party for taking Black men for granted as it is Black men for not staying engaged in politics enough to influence the party’s policies.

It obviously never occurs to her that perhaps Ice Cube knows something that she doesn’t. Presumably, it would come as a surprise that Biden is doing even worse among Hispanic voters. One recent poll showed his support among that crucial voting bloc below 50 percent. Again, that’s far worse than Hillary Clinton’s dismal 2016 showing. If his support among Hispanics comes in that low, he has essentially no chance of winning battleground states like Arizona, Florida, Nevada, and North Carolina. Even if Biden manages to wrest Pennsylvania from Trump, he can’t win without these states and the Midwestern states noted above.

There are numerous reasons for anemic Biden support among Hispanics. First, many aren’t in favor of Democratic open-borders policies. American-born and legally naturalized Hispanics are generally ill-disposed to illegal immigration. In addition, pursuant to their Catholic and evangelical faith traditions, many Hispanics are put off by the pro-abortion stance of the Democratic Party. Many also favor economic policies that emphasize jobs rather than government handouts. And, like Black men, Hispanic men are more likely to support President Trump than Hispanic women. Jennifer Medina at the New York Times marvels:

Mr. Trump has strong backing from Cuban and Venezuelan exiles in South Florida, who like his stance against communism. And his campaign has heavily courted evangelical Latinos throughout the country. But no other group worries Democrats more than American-born Hispanic men, particularly those under the age of 45.… Some Democrats argue that the support for Mr. Trump is an example of machismo culture, venerating traditional gender roles and a kind of hyper-masculinity.

This patronizing nonsense, like the hostility Black men face when they support Trump, probably contributes to that very support. This is obviously lost on the Biden campaign and the Democratic Party leadership. But the support is real, and it is concentrated in key battleground states without which Biden can’t win. There is virtually no possibility that the Biden campaign can turn these Black and Hispanic voters around before Election Day. Consequently, he will fall far short of Hillary Clinton’s dismal showing among these voters, and likely suffer the same electoral fate. This would constitute a delicious example of poetic justice.