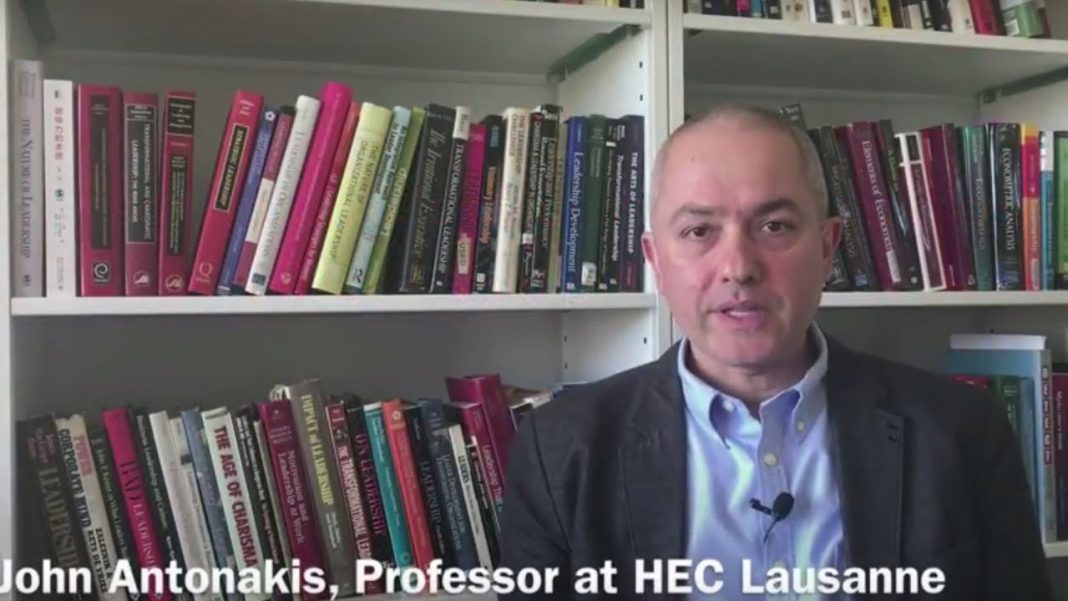 EDITOR’S NOTE (Nick Stamatakis): John Antonakis’s bio is a quintessential story of a cosmopolitan scientist of Greek descent (link here) – it resembles the stories of so many we all have encountered among us over the years… Born in South Africa (both parents Greek) studied, and researched all over the world including the US, naturalized Swiss citizen… In collaboration with Philippe Jacquart, they developed a model that uses macroeconomics and examines incumbency, as well as the difference in charisma between candidates, to estimate who will win the election. The model predicted the 2016 presidential election and was retroactively applied very successfully to predict 21 out of 24 elections going back 100 years. At the bottom of this post, you can watch an amazing Tedx video where John Antonakis explains his emphasis on this very ancient Greek word and concept: “Charisma”.

Trump will win the 2020 election, according to respected economic model

Donald Trump will win the 2020 US presidency election, according to an esteemed economic prediction model, which has correctly predicted the result of the last three US elections.

The model uses macroeconomics and examines incumbency, as well as the difference in charisma between candidates, to estimate who will win the election.

This means it observes who is in power, how long they’ve been in power, what political parties they are associated with and how the economy is doing, as well as how compelling they are.

Looking at the incumbency data, if a candidate is running for a second term, then they have an advantage over their counterpart (from being a familiar face), however if their party has been in power for two terms they are at a disadvantage (voters get weary)– based on these factors, Trump has an advantage over Joe Biden.

Normally, most election prediction models rely on objective data, such as polls, and don’t take into account who the candidates are as they assume that either party has chosen the most optimal candidate.

These models tend to focus on the economic factors: how much GDP is growing and how many good quarters there have been in the last year. Based on these factors, most models will predict a close call election which favours Biden slightly.

However, in this model, which is based on the model by Raymond Fair from Yale University, they combine these statistics with the charisma figures.

“The reason for this is because in situations where people are uncertain, they look to see who is more charismatic, and it will be that person in whom they place their trust. With the number of people currently undecided on who they will vote for sitting between 10-15 per cent, it is the swing vote that will decide the election,” says Professor Jacquart.

The researchers analysed Trump and Biden’s acceptance speeches at their party conferences to determine who is more charismatic – these speeches are the most watched by people who are going to vote, and play a large role in determining whether they are charismatic.

Combining the incumbency, economic and charisma factors, the model predicts that Trump will have a very strong advantage in the 2020 election.