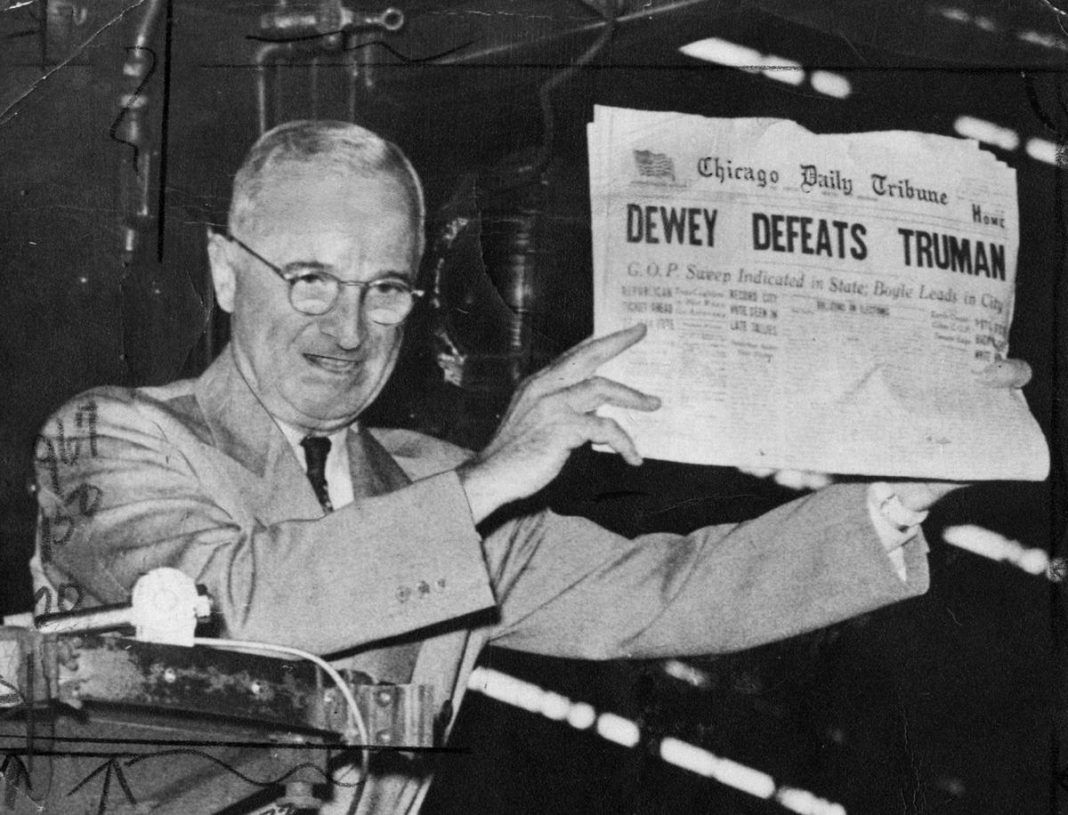 EDITOR’S NOTE (Nick Stamatakis): Helleniscope has been warning you since early yesterday to not take seriously any declaration by the corrupt news media of the winner of this election.  It was obvious they would do it and they finally did. They did it while the US Supreme Court is ready to throw out hundreds of thousands of PA ballots, while AZ is very likely going to Trump (the difference shrank from 80,000 yesterday to 20,000 votes with about 130,000 votes remaining), while NC is nearing a final official result and it will be for Trump, and while GA already decided an official recount. But these four states give the victory to Trump… Without even having to go through the fraudsters of Michigan and Nevada…

Helleniscope believes that the best way for all of us to evaluate the situation is to be calm and refresh our judgment using examples from history.  This is why we reminded you two days ago of the fraud which brought JFK to victory in 1960. Should I also remind you that his father, the bootlegger and Hitler-admirer Joseph Kennedy (who had well-established ties to the Chicago Mafia bosses and especially Sam Giancana) had bought countless journalists to write positive stories about JFK?  Please do not doubt me on this – there are too many books and reports to support my thesis… The fact that the election was rigged does not take much away from JFK’s presidency who, like Trump, was vehemently against heavy taxation and researchers suggest that he was the first president who tried to take over the Federal Reserve… (The second was Trump who achieved it last year as we reported).

I never get tired of explaining to my many friends that I, unlike most of you, do not have the right to allow myself “coffee shop talk”… I know my facts to the best of my ability… And I think I have proven my ability to all of you several times over the past few years.  Similarly today, the Biden globalist camp has bought all the media they could buy… Does anyone doubt me? If so please email or comment and be ready to present facts…  Today we are reminding you of the 1948 election between Truman and Hewey… Take a look at the photo and decide for yourselves if the media have any ability and any right to declare the winner of the office of the President of this beautiful country of ours.  They do not have any constitutional right to do so and they are harming this country by one more attempt – probably the 10th attempt in 4 years to convince us that of things that are not true.

Take a deep breath, use your logic and your judgment, and read the following document by the US SUPREME COURT ordering PA to segregate all the (hundreds of thousands) late votes: 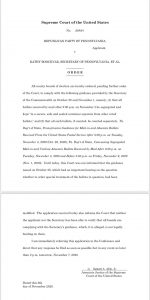 When you are done, read the very calm and collected statement by President Trump  (link here), and ignore the media as we all have done for all those years… And do not forget to read the excellent and very teachable historical piece below… 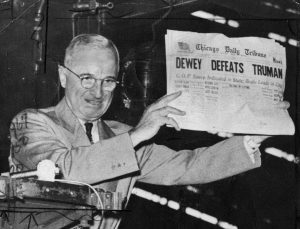 Heading into Election Day on November 2, 1948, it seemed like Thomas Dewey had the U.S. presidency in the bag. Numerous polls and pundits predicted a win for the Michigan native, New York governor and prominent gang-busting attorney. But, as a now-famous photograph would show, everyone—including the editors of the Chicago Tribune—got it wrong. The surprise victory of the plain-spoken Democratic nominee, Harry S Truman, would become one of the biggest upsets in U.S. presidential history—and it would forever be memorialized, thanks to an embarrassing newspaper gaffe.

Dewey made his name throughout the 1930s by prosecuting dozens of big-name mobsters, including Lucky Luciano and Waxey Gordon. His record helped in his election to governor of New York in 1942. In 1944, he won the Republican nomination for the White House but lost the general election to President Franklin D. Roosevelt. In 1948, the Republicans again chose Dewey as their presidential nominee, with Governor Earl Warren of California as his running mate.

The Democratic nominee, Truman, had ascended to the presidency following Franklin Roosevelt’s sudden death on April 12, 1945, just three months after he’d been sworn in for an unprecedented fourth term. The plain-spoken Truman, a U.S. senator from Missouri before his brief vice-presidency, went on to lead the United States through the end of World War II and the transition to a peacetime economy. But in the 1948 elections, Truman faced significant political head winds.

Truman faced a weak economy and a divided party.

Rising inflation and labor unrest had contributed to the Democrats losing control of both chambers of Congress in 1946 for the first time in 14 years. Further diminishing Truman’s prospects were divisions within his own political party. His civil rights initiatives had alienated the conservative, Southern wing of the organization. This had spurred the formation of the States’ Rights Democratic Party (or Dixiecrats) and the selection of Governor Strom Thurmond of South Carolina as their presidential nominee. Truman was even facing competition from within his own cabinet. His onetime secretary of commerce (as well as Roosevelt’s vice president from 1941-45), Henry Wallace, who had a following among liberals, decided to run against his former boss as the Progressive Party’s candidate for the Oval Office.

With victory looking like a foregone conclusion for Dewey, the New York governor ran an uninspiring, risk-averse campaign. One newspaper contended his four major speeches could be reduced to four sentences: “Agriculture is important. Our rivers are full of fish. You cannot have freedom without liberty. The future lies ahead.”

Meanwhile, Truman launched an aggressive, populist-style campaign. The president embarked on a “whistle-stop” tour, traveling across America by train and giving speeches in which he spoke out against the “do-nothing” Republican-controlled 80th Congress. “Give ‘em hell, Harry” became a popular slogan among his supporters.

A newspaper error is famously photographed.

A now-famous photograph taken two days after the president’s come-from-behind triumph. The president was on his way back to Washington from Missouri when his train stopped in St. Louis. It was in the station where Truman picked up a two-day-old copy of the Tribune. Holding the paper, which blared the erroneous banner headline, “Dewey Defeats Truman,” Truman flashes a triumphant smile.

On Election Day, the newspaper had been required to go to press earlier than usual due to a printers’ strike. Even though not all the votes had been tallied at the time of the Tribune’s deadline, editors were confident in the multiple polls widely favoring Dewey to win. So they reported that he had done just that. (The Tribune wasn’t the only one to mistakenly call the election for the New York governor; in covering the returns, a leading radio announcer, H.V. Kaltenborn, informed his listeners that even though Truman was ahead, Dewey ultimately would wind up on top.)

On January 20, 1949, in America’s first nationally televised inauguration, Truman was sworn in to his first full term as America’s 33rd president. Four years later, he left the White House (he had been eligible to seek another term but announced in 1952 he would not do so) and retired to his hometown of Independence, Missouri. Meanwhile, Dewey served as governor of New York through 1954 then he returned to practicing law. He died in 1971 at age 68. Truman died the following year at age 88.