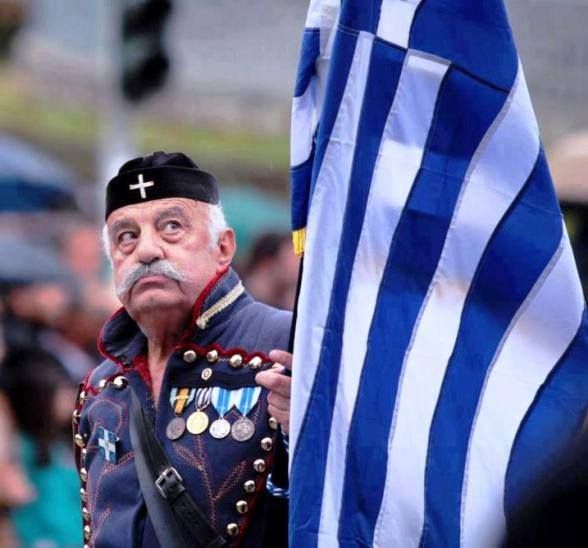 Not only has our new Turkish Archbishop suspended the Charter of the Archdiocese, he is / has:

He has NOW, very quietly and in secret Turkish fashion, removed the tradition that Archbishop Demetrios started long ago by having the OUR Archdiocese of America Honor Veterans Day as an official recognized holiday by the National Church!

Obviously as a non-US citizen being our Archbishop (another Charter violation), Elpidophoros has no use for the Veterans of the United States of America. He likes to smile a lot in all his political photo-ops however, deep down, he has no use for the US Church. His temporary position as Archbishop is only a stepping stone for him to ascend to the ultimate throne of Ecumenical Patriarch.

Veterans day is not only recognized just in the USA, Veterans of other nations are also recognized on November 11th. Canada, Australia and Great Britain also recognize their Veterans. It is truly sad and unfortunate that our Archbishop has chosen to dishonor our Veterans by removing the recognition of this truly important holiday by the Archdiocese of America!

I’m sure when Biden is Inaugurated as our 46th President, Karloutsos and Elpidophoros will be front and center smiling and being recognized, however, will our Veterans and US citizens appreciate their fake smiles and platitudes if they really know the truth of who these two really are and what they are doing to the American Church?

So far, as a public face, all we have seen is smiles and lip service from the new Archbishop while behind the scenes he continues to dishonor and dismantle what little remains of our Archdiocese and American Orthodox Church.