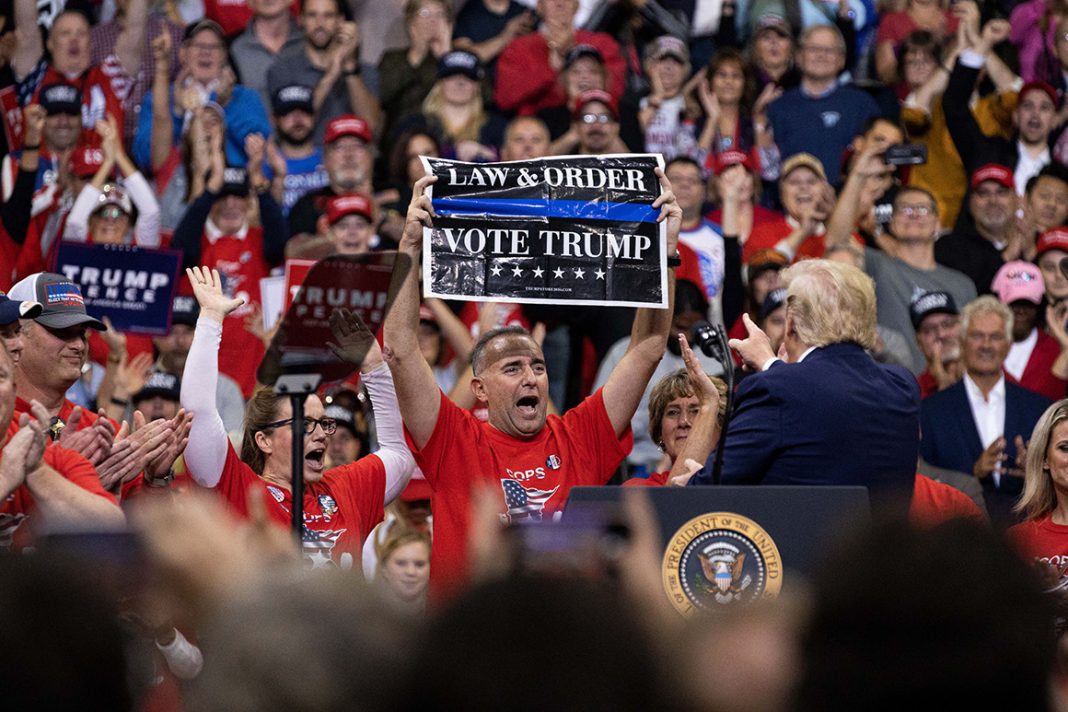 by Stefanos Loisou
12 November 2020
America, indeed, has a pulse!
As I wrote in my previous article, The Fight for the Soul of America, I stated that our America is a vibrant, living, breathing entity with a soul. Well, one can argue then, that America also has a pulse and that pulse is racing and beating quickly in anticipation of a decision regarding the recent fiasco known as our national Presidential election.
I know, I know. Many, including much of the mainstream media (msm) will argue that we do, indeed, have a decision and former vice president Joe Biden has won….but did he? Nor, has it been a certified vote to date, to my knowledge.
According to many, we had a ‘legitimate’ vote of the nation, the nation has spoken and we should move on and accept the results!
Are the results legitimate?
It is now recognized, though much of the msm ignores it, that our election, sadly, is fraught with fraud even though the New York Times, in a recent banner headline, declared that there is no fraud!
Where is the proof? A bit of proof was offered by Tucker Carlson during his FOX program broadcast of 11/11/2020. Tucker, as we affectionately referred to him, indeed, provided proof that an undetermined number of votes were cast by dead people, former citizens of America who had previously passed away. Oh, wait…how could a dead person cast a vote and that vote be counted?
Folks, that is fraud! So much for the msm that is supposed to discover, question and report.
At least, Tucker is discovering, questioning and reporting.
Our election system, the hallmark of our democracy, has been hijacked…it is open and rife with fraud hacking and mismanagement and lacks any meaningful oversight.
The votes of dead people are just one part of the fraud that has been perpetrated upon our electoral system and , therefor, upon us, the American people. We are owed and demand a free and fair election.
We did not receive that and that is very plain and clear.
Most recently, Professor Jonathan Turley, distinguished constitutional scholar and George Washington University professor of law, stated, regarding the recent election…..”this alarming. We give billions of dollars to the states…we need a national standard”.
We do, indeed, require and demand a “national standard”, a national template to used by every state that will, at least, provide some uniformity in electoral procedure and that will not allow individual states and legislatures to change the standards at their will and pleasure, even days before an election is to take place.
The votes of dead people are, again, just the ‘tip of the iceberg’. What about the inability of bipartisan poll watchers not being allowed to view the actual vote counting and verification, what about the multi state use of Dominion software that may have, as it appears, to have some type of internal logarithm that changed President Trump votes to Biden votes, until it was detected, what about witnesses, now backed by signed affidavits/sworn statements,, that view backdating of ballots and worse,…the list of viewed and alleged fraud and corruption is long and disgraceful
Our current President Trump called out this voting tragedy to our Republic months ago as he recognized that our current system was so open to fraud and hijacking, Sadly that is what we are experiencing. There are many that are suggesting that the President’s lack of concession and questioning of the sanctity of the vote is ‘sour grapes’ and that he does not like to lose. Who does?
Our President is a man of logic and logic does not allow him and half of the American electorate to accept the results of a fraudulent, corrupt election. Even Senator Mitch McConnell and many others have ‘climbed on board’ behind the President and demand a fair, uncorrupted election and, hence, the questioning and the recounts now taking place.
Will this post election activity change the results? Yet to be determined. However, it is openly acknowledged that it is within the President’s right to challenge the results, results that are certainly questionable, results that appear to defy logic….Remember, the President’s pre election rallies?
Tens of thousands of enthusiastic supporters even braving frigid temperatures to show their support for our President.
Compare that to the lackluster ‘car rallies’ of Mr Biden. A few honking horns from a few gathered automobiles. I remember viewing on of his ‘rallies’ and there were more decorative pumpkins on the stage than there were rally participants! Yes, that may be anecdotal, but the President’s pre election excitement and enthusiasm was a truer display of the pulse of America. A pulse that was vibrant and strong.
It certainly appears that our election was not a fair one. It did not conform to a ‘national standard’ as Professor Turley and many others profess. There is more and more evidence now and more being gathered that there was, indeed, significant fraud perpetrated upon our sacred electoral system and, therefor, upon us, the American people, and for that, all should be appalled.
We, as a nation, must accept the results of our election……ONCE it is proven that all legal, lawful, legitimate ballots have been counted and all illegitimate ballots have been discounted!
We stand behind the President and the pulse of America continues to race.