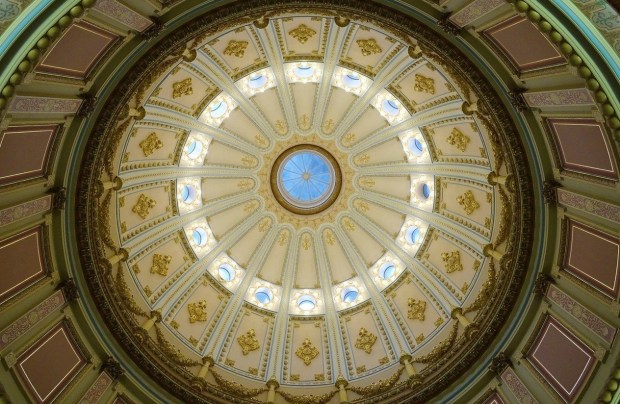 The American people are deeply divided and polarized in their political stances and choices. The divisiveness and polarization in the American political realm have also affected Christian churches and communities even though some of them have chosen not to formally address the challenges that politics raises for the people’s personal and communal lives. The relation of politics and Christian faith is a highly complex issue that deserves careful attention, since Christian faith and politics determine, to a great extent, people’s personal and collective life. As we address religion’s relation with politics, it is imperative to be cautious not to reduce or surrender the one to the other, or vice-versa. Furthermore, because of the complex nature of the relationship between religion and politics, we must resist the temptation to consider our thoughts on this matter as a final prescription for how the religious communities and the Christian churches should identify the root causes of the political challenges and choose the issues that deserve their thoughtful contribution.

In Christian circles, the Church’s witness to the world is often contrasted with her sacred otherworldly tradition. Through political actions and involvement, it is often suggested that the Church skirts from her primary sacred responsibility. She substitutes immanence for transcendence. She replaces the Gospel of love and forgiveness with social reforms, legislative change, political programs, and actions. Thus, by focusing so much on social and political matters, the churches increasingly fail in their sacred mission to unite the world with God. They become inauthentic. If such an attitude prevails, the churches consciously choose to ignore  political challenges or be indifferent to violence, injustice, racism, homelessness, violations of human rights, and assaults on human dignity.

The vision of the Church is ruptured into sacred and profane, since evangelization and civilization, transcendence and immanence, Gospel and culture, religion and politics are conceived as distinct and separate and often incompatible entities. This posture minimizes how God’s grace operates beyond the canonical boundaries of the institutional Church and undermines the public witness of the Church in a plural and democratic society. Thus, it individualizes the Gospel, the coming reality of God’s reign, which affects all human aspects of life in the present world. For these reasons, an increasing number of theologians believe that politics as an embodiment of the values and principles that govern the people’s collective life cannot be ignored.

Politics, whether we like it or not, affect the mode and quality of people’s lives. As a result, neutrality on political matters cannot be a viable option for Christians who have a specific theological vision of how the world should be and how people should relate to one another. There is an intimate connection without confusion between Christian faith and politics. While evangelization is the Church’s essential mission, the distinctive vocation of the Church, actions for justice that promote a culture of peace are constitutive dimensions of the Churches’ mission. All aspects of life in the present world have theological and political significance. Yet, immense difficulties arise when we try to translate into practical political terms and choose the Christian faith’s meaning.

There is a danger, already evident in our society, that religious people in their political choices are overconfident and dismissive of the others since they believe that their political decisions reflect not merely their opinions but also God’s will. Such a posture may become the basis of violently dismissing others who adhere to different worldviews. A certain degree of caution is appropriate because modern societies’ political judgments are extraordinarily ambiguous and complex. As a result, they rarely can be grasped in terms of straightforward superficial conclusions. In general, people never understand enough about the social situation or the political implications of their choices. This is important because when devout people become politically engaged, there is a temptation to advocate ultimate solutions and radical actions for socioeconomic and political challenges. In such a posture, Christians forget the basic theological fact that solutions to social problems must be linked to the “eschaton,” which comes by God’s initiative as a gift to His people and not as a human accomplishment. In this context, the essential task of the Church’s involvement in politics is to demythologize the prevailing false absolutization of the power of politics to change the world, even though it may, in some instances, improve the life of the world.  Religion should help politics to be both thoughtful and less self-confident. Whatever politics understand as human reality should be complemented by the transcendent salvific dimension of God’s presence in history to which the Church witnesses through her life and mission. If this is not done, the Church loses herself by becoming just another political and human organization.

The essential task of the Church is to proclaim to the world the coming reign of God, which signifies the ultimate humanization of the world.  From this perspective, all political ideologies and actions as human products are provisional. They contain in themselves essential imperfections, which give rise to social alienation and suffering despite their professed benevolent intention. The task of the Church, in this context, is to unveil the despair and the separation that human political ideologies have caused to the world and simultaneously urge the world to move beyond them by offering herself as a model of how the world should be in its true nature.  This presupposes that the Church, before she becomes an agent of social criticism within the realm of politics, must reveal God’s new creation in her life. Thus, in exercising her critical functions within the political domain, the Church becomes a humanizing force of progress that pulls the world towards a better future. This compels the Church not to remain silent in the face of gross injustice and violence. If the Church does not become the voiceless voice and the advocate of the poor, she betrays her prophetic task and dangerously assaults her credibility. However, this is far from suggesting that the Church should propose specific social, economic, and political programs beyond her nature and competence.

Church leaders must not seek to identify themselves with political leaders as a sign of their authority in the world. They should avoid a narrow partisan position on political issues. The Church leaders’ role is not to leap into the political arena themselves but to make the people sensitive to what enhances and diminishes human life. The practical policies designed to achieve such ends should be the work of laypeople. The Church needs to realize that the laity’s ministry is not just an amateurish and pale imitation of the ordained ministry’s work, but much more than that. It is the ministry of the laity to witness to the Gospel in public life. The Church should be involved in politics mostly through the laity who, hopefully, struggle to translate their Christian faith into concrete actions. In this process, a mutually enriching dialogue between politicians and faithful Christians is desirable. In such dialogue, the faithful become the voiceless voice as the ones who, in the name of Jesus Christ, advocate for peace, justice, and love for the whole world. This dialogue may take a variety of forms. In some instances, the Church may also lead to radical prophetic actions against the evil and human suffering that politics may institutionalize through its executive power. The Church becomes a credible witness of the Gospel as she finds herself in a constant process of becoming through God’s Spirit, a community of persons who relate with each other in love, peace, and justice in the image of the relations of the three persons of the Trinity. It is the existence of such a community that enables the world to move closer and closer to its true nature. The Church must become herself if she desires that her voice be taken seriously by those who refuse to accept the world in its present inhumanity. The credibility of the Church’s message in the political arena depends not on what she proclaims to be but on what she does.