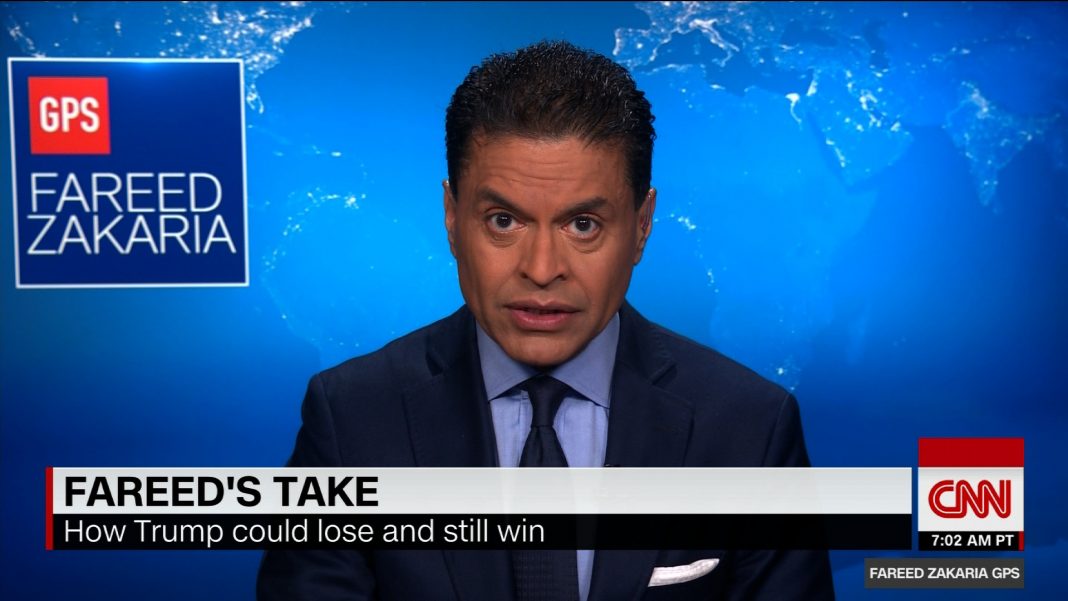 EDITOR’S NOTE (Nick Stamatakis): For the past few days this video by CNN analyst Fareed Zakaria has been gaining notoriety.  It was published at an unsuspecting (for most of us) time, on September 27, 2020… Mr.Zakaria explains a path that is now obvious to all of us: The chaos created by the mail-in ballots and voting machines along with the extensive documentation of voter fraud will inevitably lead the state legislatures of the contested 7-8 states to intervene and pick the electors fulfilling their constitutional duty.  It is very likely that there will be a conflict between the (mostly republican) Legislatures and the Governors or Secretaries of State, in which case the Congress will decide.  The Constitution provides that in such a unique occasion each State delegation will have one vote.  Since at least 26 states are controlled by Republicans, President Trump will win reelection.