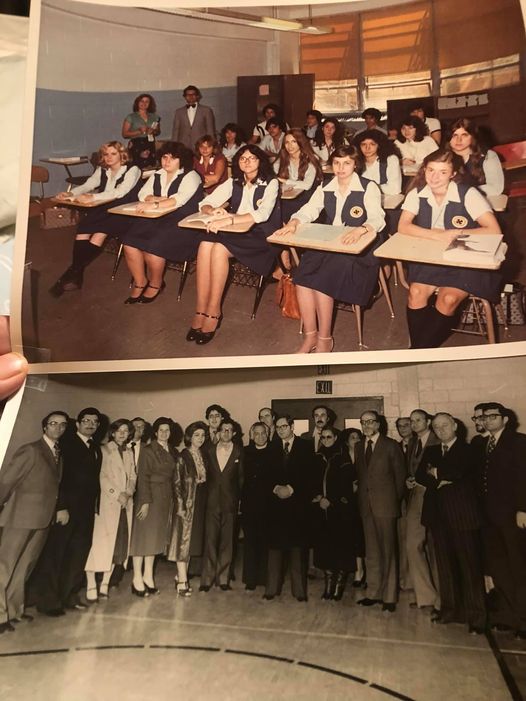 EDITOR’S NOTE (Nick Stamatakis): We have previously reported that the founder of the St.Demetrios, Astoria, High School, Mr. Demosthenes Triantafillou, is putting together the glorious history of the School, preparing the publication of a whole book, filled with photographs and other documents.  These are truly historical documents depicting not only the history of the school but, sadly, the history of the Greek-American Community… Let me just repeat here that if Mr. Triantafillou had stayed as a principal in the School beyond 1982, we would not now be discussing how to save the School but we would make plans for a second Greek University in NYC, instead of trying to cooperate with Catholic Universities like Fordham…  Mr.Triantafillou since the late 1970s had made specific plans and proposal for the first one…  What a shame for our community to still allow the Andriotis “Mafia” to play a role among us…
======================================== 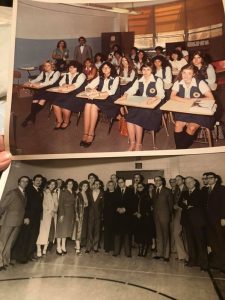 The History of the St. Demetrios
High School in Astoria!
Documented with pictures!
———————
Demosthenes Triantafillou
Founding and First Principal of the H. S.
1973-1982
———————
Η Ιστορία του Λυκείου του Αγίου
Δημητρίου στην Αστόρια
Τεκμηριωμένη με φωτογραφίες!
———————
Δημοσθένης Τριανταφύλλου
Ιδρυτικός και πρώτος Διευθυντής
του Λυκείου ( 1973-1982)
=======================
Mr. Triantafillou was hired by the Community of St. Demetrios in September of 1973 for the specific purpose of creating the High School. Prior to 1973, the Community had tried for many years to create a High School but failed every time it tried.
The compelling reason for the Community to hire Mr. Triantafillou was the fact that he had rented many classrooms at the Private High School
The Henley College Prep in Jamaica Estates and had the grand opening of the Greek-American High School with the name “ Demosthenes Academy” in March of 1973.
President of the Community in 1973 was Mr. Nick Papadopoulos and President of the School Board was the well-known engineer Mr. Nick Tsiames. Ieratikos Proistamenos was Dr. John Poulos.
Mr. Triantafillou started the High School by creating the 9th Grade in 1975 and completed the High School in 1979, with the graduation of the first 12th Grade, on June 10, 1979.
The number of students increased from 575 in 1973 to 1,418 in 1980. The new building attached to the old one was built in 1981-82.
Those years were the golden years of the educational growth of the Community! No other community has experienced such growth in 9 years( 1973-1982) developing 5 buildings, creating the First High School, and increasing the enrollment from 575 to 1,418. Congratulations to the Principal, Mr. Demosthenes Triantafillou, the Teachers, the Parents, who paid for the new building,
Mr. N. Tsiames, Rev. Dr. John Poulos, the Presidents of the Community Mr. N. Papadopoulos, Mr. Theodore Miller, Mr. M. Katos and, of course, Mr. Nick Andriotis who , as President of the Community , supported the Principal’s plan for the creation of the High School and played a pivotal role for the new building.
In the first photo: The Principal, Mr. Triantafillou is visiting the class of Mrs.Rita Syntilas in 1979! Mrs. Syntilas, a philologist from Greece, was hired by Mr. Triantafillou to teach in the High School. She was very instrumental in securing the High School recognition by the Greek Department of Education!
Second photo:
The Deputy Minister of the State Department of Greece Hon. A. Andrianopoulos is visiting the Gym of the School. The building, with the beautiful Gym and Auditorium, was completed in 1956!
First row: T. Vassos, Mr. Kasapis, Mrs. Kasapis, Mr. Triantafillou, Hon. A. Andrianopoulos, Hon. N. Kapellaris, Hon. I. Tsaousis, Mr. M. Katos, and others.
Second row from left: Mr. Fotis Papamichael, Mr. Timoleon Kokkinos, Mr. John Katsillis, and others!
Let me point out that the skillful philhellenic educational philosophy and
cooperation of Mr. Triantafillou with the Greek General Consulate and Mr. Iakovos Tsaousis persuaded the Greek Government to donate $ 100,000 to the High School and also to host the first Graduates of the High School in Greece for a whole month with all expenses paid by the Greek Government.
Unique achievements in the History of Greek-American Education! Strong foundations for the only Greek Orthodox Community High School whose graduates are the pride and glory of the Greek-Orthodox Community! We thank all the educators who assisted Mr. Triantafillou and the Community that implemented his 5-year High School plan! Excellent teamwork!