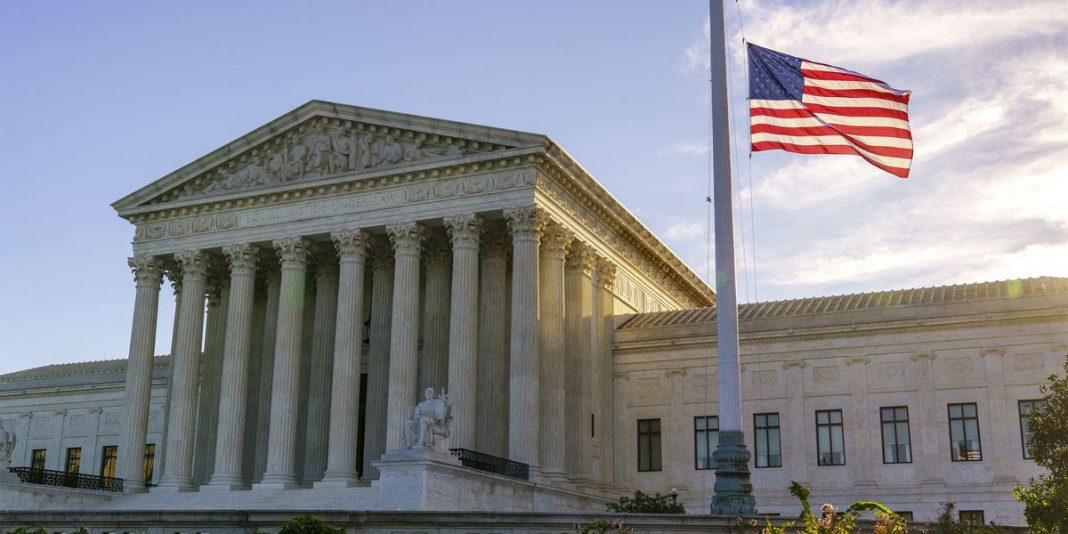 EDITOR’S NOTE (Nick Stamatakis): Several analysts have already agreed that if the Supreme Court takes this case, then there is a strong likelihood that they will decide in a way that may overturn the election. Here are the basic facts: 1) This is one of the few circumstances when the US Supreme Court has original jurisdiction.  The Supreme Court is an Appeals Court and most cases have to go through the lower courts. But when a state files a complaint against other states, then the Court can pick up the case directly. This does not mean that it will, but it has the discretion to do so. There is no serious precedent and so it is hard to predict if the Court will actually pick up the case. 2) If it does, then it almost sure it will consider the case under the 14th Amendment, ie. the “equal protection under the law”.  And it will probably use the precedent of the 2000 case of Bush vs. Gore. Then it was decided that different counties in Florida cannot treat the voters’ ballots differently.  In our case, different states cannot establish different voting laws that violate the federal constitution, especially when it comes to a federal election.  I suspect that Texas Senator Ted Cruz, a brilliant constitutional scholar, who has already offered to argue the PA case in front of the Court if needed, is probably behind, even as an advisor, in writing and presenting this petition.

Here is the full text of the Texas petition: SUPREME COURT CASE OF TX vs. PA, MI, WI, GA . And below the news from newsmax.com

In papers filed with the U.S. Supreme Court, Paxton claimed the states unlawfully enacted last-minute changes, which skewed the results of the general election.

The papers also allege that the majority of the rushed decisions, made by local officials, were not approved by the state legislatures, thereby circumventing the Constitution.

“The battleground states flooded their people with unlawful ballot applications and ballots while ignoring statutory requirements as to how they were received, evaluated and counted,” according to a statement posted on the Texas attorney general’s website.

“Trust in the integrity of our election processes is sacrosanct and binds our citizenry and the States in this union together. Georgia, Michigan, Pennsylvania, and Wisconsin destroyed that trust and compromised the security and integrity of the 2020 election.

“The states violated statutes enacted by their duly elected legislatures, thereby violating the Constitution. By ignoring both state and federal law, these states have not only tainted the integrity of their own citizens’ vote, but of Texas and every other state that held lawful elections,” said Attorney General Paxton. “Their failure to abide by the rule of law casts a dark shadow of doubt over the outcome of the entire election. We now ask that the Supreme Court step in to correct this egregious error.”

In court papers, Paxton claimed ”unconstitutional changes opened the door to election irregularities in various forms” and that each of the four states “flagrantly violated constitutional rules governing the appointment of presidential electors.”

He asked the court to restrain the states from voting in the electoral college until it hears arguments in the case.