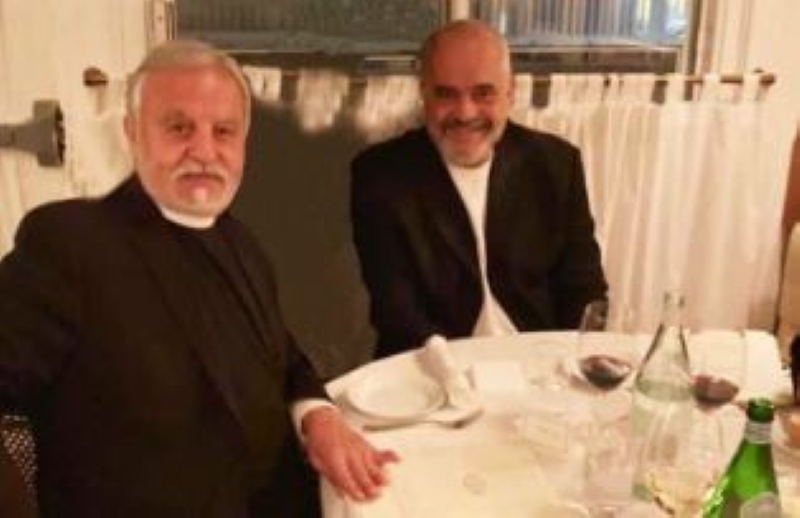 If one enters the name Hunter Biden in Helleniscope’s – very “agile” – search button they will come up with a number of posts connecting the Bidens and the Karloutsoses, a “business affair” that started a long time ago. Recently, the “laptop from hell”, belonging to Hunter Biden, became the center of the latest Biden scandal: it was forgotten at a repair shop in Maryland by its “careless” owner and is now in the hands of Rudy Giuliani (who provided data to the NY Post) as well as the Maryland police. The “laptop from hell” has started “spitting out” names and other interesting information… As we have suspected – and noted in a recent post – the first name that popped up was “Karloutsos”…

In an email dated Dec. 3, 2012, “Dad” Karloutsos invited Hunter Biden to a dinner party organized by Dennis Mehiel and his wife in honor of the new (at the time) FBI director in NY, George Venizelos (now Mr. Venizelos is serving as chief of staff for John Catsimatidis). 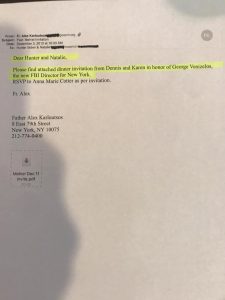 A few years later, in 2015, it seems that Hunter Biden and Mike Karloutsos have become very close “friends” with apparent “business” connections… In another email dated March 26, 2015, they discuss their presence in a dinner for a “United Nations Food Program”.  Mike is asking questions about the “dinner” and sends his “prayers” for Beau, (Hunter’s brother who was very sick, dying of cancer at that time).  And Hunter responds: “Ok. The reason for the dinner is ostensibly for food security.  Dad (Joe Biden) will be there but that btw us for now. Also let David know I will get back to him asap – probably sometime next week when we get through these next few days with beau -which is also btw us…”

David is probably one of Mike Karloutsos’ many business partners.   Mike was involved in all kinds of “schemes” over the years.  From the failed restaurant in Philadelphia which had, as a result, IRS tax evasion accusations, to the incompetence as Head of Etiquette at the State Dept., to the various casino schemes, Mike presented himself mostly as a “consultant” (while at the same time drawing a very substantial salary from the Archdiocese!!)  using “dad’s” connections to draw various people into “investments”… Mike’s most recent “adventure” in the Greek cannabis scandal ended up badly in a “racketeering” indictment (here is his RICO statement MIKE KARLOUTSOS ET ALS RICO STATEMENT)…  This case was recently heard by a Judge who ordered “discovery” until June: Practically, Mike’s bank accounts were subpoenaed and this is certainly not good news for him… Also recently his own personal website ceased to operate…

What’s going on between Karloutsos and Edi Rama?

Suddenly the Albanian press is filled with stories regarding the visit of prime minister Edi Rama to the US supposedly to “procure” vaccines for Albania but in essence to meet lobbyists… And who do you think was at the top of his list? Karloutsos of course.  Should we mention that Edi Rama is a “socialist” (of the type that the quotation marks are …necessary) and rose to power in Albania with the help of George Soros? To complete the picture let me also note here that George Soros is the next-door neighbor to Karloutsos in the Hamptons… 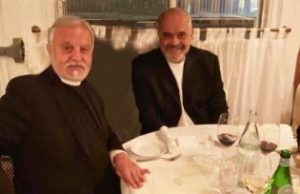 We are not sure who else was at the dinner but it seems that Karloutsos is all business… One has to suspect that “making money” was the basic menu.  Religion and anything having to do with faith was certainly absent – except possibly one thing: how to manipulate Archbishop Anastasios (Giannoulatos), who has now recovered from covid-19 and is soon to assume fully his duties.  Anastasios is a remaining thorn, a big obstacle, to Karloutsos and Bartholomew’s “business”, as he is the most revered theologian of Orthodoxy worldwide and he has NOT endorsed Bartholomew’s schismatic games in Ukraine: he has not recognized Ukraine’s Autocephaly…

But the real reason Edi Rama came to the US is obviously to get connected with the (supposedly) incoming administration.  The Albanian population is suffering – between covid and economic problems – and Edi Rama lies to them pretending that the reason for his trip was to get the vaccine… The real reason was lobbying and the name Soros and Karloutsos explain it all… Karloutsos has assumed the position of the “doorman” to Biden for anyone from the Orthodox world who would like access to the man who maybe – if all legal and other challenges fail – president. 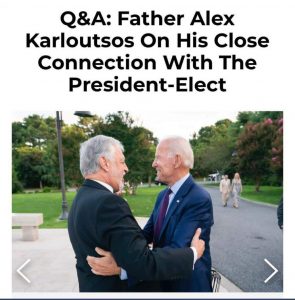 It’s obvious that all shame has been lost in our Church. If Karloutsos wants to act as a “middleman” and a “lobbyist” he has every right to do so AFTER HIS RESIGNATION FROM GOA.  He is already 75 and he issues “age limits” directives for everyone else except himself… When will he decide to finally go? When the last faithful will move away? We are now down to the last 10% of Greek-Americans following GOA – and the main reason for them fleeing is the abundance of cynicism on display and the lack of faith by its so-called “leaders”…

Below you can follow some of the tens of links of Albanian press reporting on the Karloutsos-Rama affair… We have picked and translated only one of them.

And even in the Greek-speaking press in Northern Epirus….

As of Saturday, Edi Rama announced that he has left for the USA in search of the vaccine against Covid 19. For 3 days, there has been no news from the press office of the Prime Minister about who he met and how the head of government is spending his days in the US.

Lapsi.al has learned that during his stay in New York, Edi Rama also met with Alexandros Karloutsos, the patriarch of NY, assistant to Archbishop Demetris of America. He is known as the liaison between the White House and the Greco-American community. 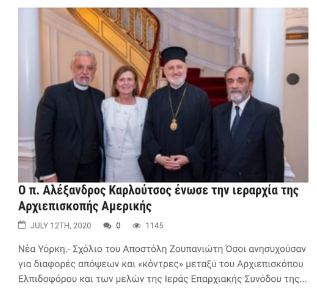 The photo is from the day before, after a lunch that the prime minister and the head of the orthodox church in NY had together.

It is not known what motive Rama had to spend time in the peak period of the pandemic in a meeting with Alexandros Karloutsos, who is also known as the spiritual advisor of the foundation “Faith, a gift for Orthodoxy and Hellenism”.

His son Michalis Karloutsos is well known in the Greek-American community in NY. He runs MAK consulting LLC, a consulting firm specializing in international business development, public relations and government affairs. Until 2017 he has been employed in the Trump administration in important positions, while most recently he has been engaged in the election campaign of newly elected President Biden. 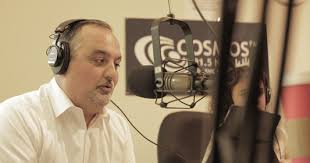 Many photos of Karloutsos Jr. with the newly elected president have been circulating on the Internet since Biden was Pennsylvania’s senator.

Since his departure to the US, rumors have been circulating that the prime minister would travel no more for the vaccine than to contract a new PR company for the election campaign. The order to find a new company and as close as possible to the newly elected administration could be a runway for Edi Rama to cross the Atlantic in this period, much more than the official version of vaccine provision