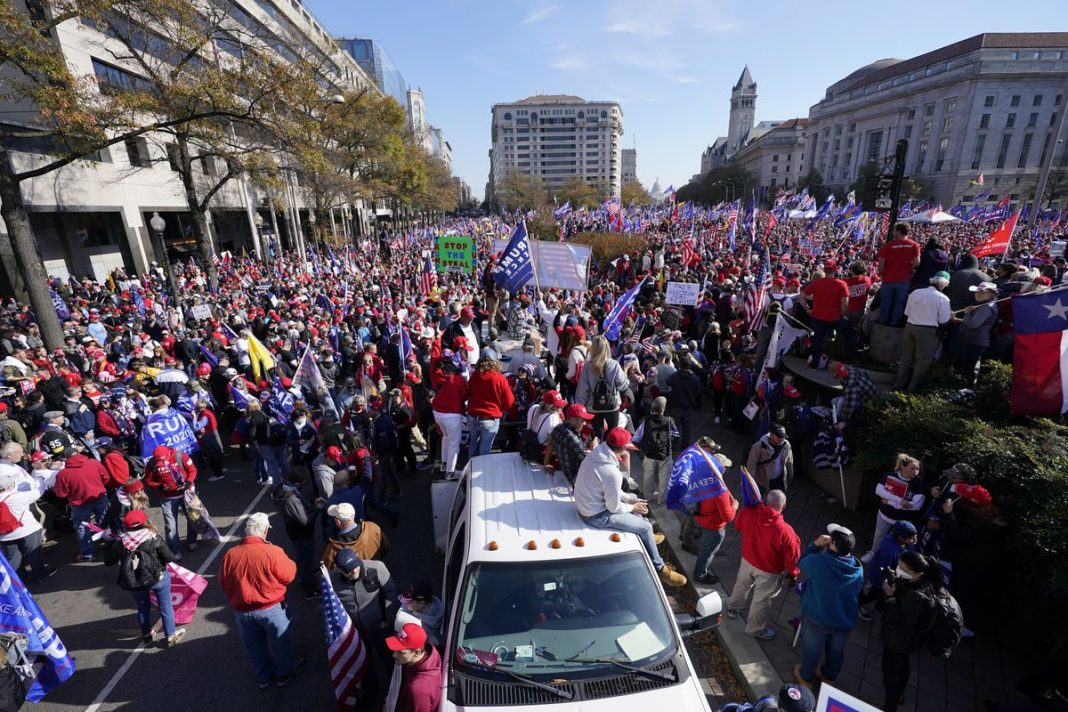 EDITOR’S NOTE (Nick Stamatakis): As the dust from the election settles, it becomes clear that we are reduced to powerless individuals living in an oligarchy-plutocracy who can buy anything they wish.  Those of us who cannot stand the autocratic rule of the few have a number of choices, none of which leaves this great country unified… The clouds of severe conflict are approaching…

China, Russia and Iran are the top three existential “threats” to the U.S., according to the National Security Strategy. Three features distinguish the top three. They are all sovereign powers. They are under varying degrees of sanctions. And they are the top three nodes of the 21st century’s most important, evolving geopolitical process: Eurasia integration.

What do the three sovereigns see when they examine the dystopia that took over Exceptionalistan?

They see, once again, three – discombobulated – nodes in conflict: the post-historic Pacific and Atlantic coasts; the South – a sort of expanded Dixieland; and the Midwest – what would be the American heartland.

The hyper-modern Pacific-Atlantic nodes congregate high-tech and finance, profit from Pentagon techno-breakthroughs and benefit from the “America rules the waves” ethos that guarantees the global primacy of the U.S. dollar.

The rest of America is largely considered by the Pacific-Atlantic as just a collection of flyover states: the South – which regards itself as the real, authentic America; and the Midwest, largely disciplined and quite practical-minded, squeezed ideologically between the littoral powerhouses and the South.

Superstructure, tough, is key: no matter what happens, whatever the fractures, this remains an Empire, where only a tiny elite, a de facto plutocratic oligarchy, rules.

It would be too schematic, even though essentially correct, to assert that in the presidential election, invisible campaigner Joe Biden represented the Pacific-Atlantic nodes, and Trump represented the whole South. Assuming the election was not fraudulent – and that remains a big “if” – the Midwest eventually swung based on three issues.

Everything that lies ahead points to the irreconcilable – pitting the absolute majority that voted Dem in the Atlantic-Pacific nodes versus the South and a deeply divided Midwest. As much as Biden-Harris is bound to isolate the South even more, their prospects of “pacifying” the Midwest are less than zero.

Beyond the raucous altercations on whether the presidential election was fraudulent, these are the key factual points.

In any Global South latitude where the empire did “interfere” in local elections, color revolution-style, this set of facts would be regarded by scores of imperial officials, in a relentless propaganda blitz, as evidence of a coup.

On the recent Supreme Court ruling, a Deep State intel source told me, “the Supreme Court did not like to see half the country rioting against them, and preferred the decision be made by each state in the House of Representatives. That is the only way to handle this without jeopardizing the union. Even prominent Democrats I know realize that the fix took place. The error was to steal too many votes. This grand theft indicts the whole system, that has always been corrupt.”

Dangers abound. On the propaganda front, for instance, far right nationalists are absolutely convinced that U.S. media can be brought to heel only by occupying the six main offices of the top conglomerates, plus Facebook, Google and Twitter: then you’d have full control of the U.S. propaganda mill.

Another Deep State source, now retired, adds that, “the U.S. Army does not want to intervene as their soldiers may not obey orders.

Many of these far-right nationalists were officers in the armed forces. They know where the nuclear missiles and bombers are. There are many in sympathy with them as the U.S. falls apart in lockdowns.”

Meanwhile, Hunter Biden’s dodgy dealings simply will not be made to vanish from public scrutiny. He’s under four different federal investigations. The recent subpoena amounts to a very serious case pointing to a putative crime family. It’s been conveniently forgotten that Joe Biden bragged to the Council on Foreign Relations

that he forced Ukraine’s chief prosecutor Viktor Shokin to be fired exactly when he was investigating corruption by Burisma’s founder.

Of course, a massive army of shills will always invoke another army of omniscient and oh so impartial “fact-checkers” to hammer the same message: “This is Trump’s version. Courts have said clearly all the evidence is baseless.”

District Attorney William Barr is now out of the picture (see his letter of resignation). Barr is a notorious Daddy Bush asset since the old days – and that means classic Deep State. Barr knew about all federal investigations on Hunter Biden dating back to 2018, covering potential money laundering and bribery.

And still, as the Wall Street Journal delightfully put it, he “worked to avoid their public disclosure during the heated election campaign”.

A devastating report (Dems: a Republican attack report) has shown how the Biden family was connected to a vast financial network with multiple foreign ramifications.

Then there’s Barr not even daring to say there was enough reason for the Department of Justice to engage in a far-reaching investigation into voting fraud, finally putting to rest all “baseless” conspiracy theories.

Move on. Nothing to see here. Even if an evidence pile-up featured, among other instances, ballot stuffing, backdated ballots, statistical improbabilities, electronic machine tampering, software back doors, affidavits from poll workers, not to mention the by now legendary stopping the vote in the dead of night, with subsequent, huge batches of votes miraculously switching from Trump to Biden.

Once again an omniscient army of oh so impartial “fact checkers” will say everything is baseless.

A perverse form of blowback is already in effect as informed global citizens may now see, crystal clear, the astonishing depth and reach of Deep State power – the ultimate decider of what happens next in Dystopia Central.

Both options are dire.

In either case, The Deplorables will become The Ungovernables.

It gets worse. A possible implosion of the union – with internal convulsions leading to a paroxysm of violence – may even be coupled with an external explosion, as in a miscalculated imperial adventure.

For the Three Sovereigns – Russia, China and Iran – as well as the overwhelming majority of the Global South, the conclusion is inescapable: if the current, sorry spectacle is the best Western liberal “democracy” has to offer, it definitely does not need any enemies or “threats”.